One of the trickier aspects of multifamily development is anticipating what kind of space will be in demand in the future, according to the speakers on the Community, Innovations and Finance panel of Bisnow's recent Seattle Multifamily event. Demand sometimes shifts between the time a building is first planned and when it is completed.

Not only that, residential tastes keep changing, so existing buildings have to cope. It is important for a building to have a measure of built-in flexibility, at least when it comes to amenities and, if part of a mixed-use development, the property's other offerings. 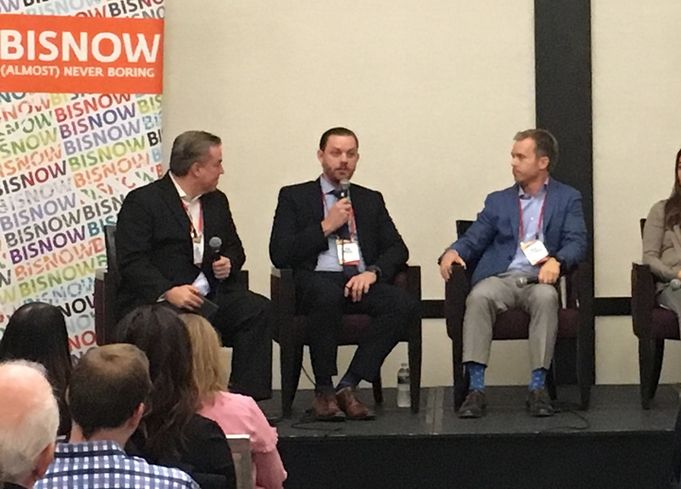 LMC Division President Brad Reisinger said a good experience for residents, regardless of what stage of their lives they are in, is key to the success of a multifamily development.

"We hear all kinds of things in our focus groups, such as 'we want nicer amenities' to 'the amenities are too nice, I feel like I'm in my parents' living room,'" Reisinger said. "So getting the right balance isn't simple. Every community is different. There isn't a blueprint."

As a developer, he said, LMC is not dialing back its amenities.

"We're just being smarter about them. Sometimes I think the amenities arms race has taken things too far. A successful building is now more about creating spaces in which residents interact."

Residential design is being driven by millennials. But developers always need to ask themselves what comes next, Reisinger said.

"Where are millennials going to be in five or 10 years? What kind of apartments are they going to want? Where will they want to send their kids to school?"

At Atlas, an LMC development in Issaquah, Reisinger said the company is trying to be ahead of the curve, designing the property with somewhat larger units and highly amenitized common areas for residents not quite ready for single-family homeownership, but needing more space. Its larger one-bedroom units did really well, he said.

"It's remarkable the impact that WeWork has had on the design and feel of residential space. It's impacting common areas."

Retail is also very important, and a little hard to get right as a component of mixed-used.

"Retail is huge, but different markets want different options," Nasvik said. "We see retail space vacant for a few years because it was shoehorned into the development as part of the retail requirement. It was an afterthought.

"That's not the best approach. When a developer is forward-focused on what should be the right retail, that brings people to the community." 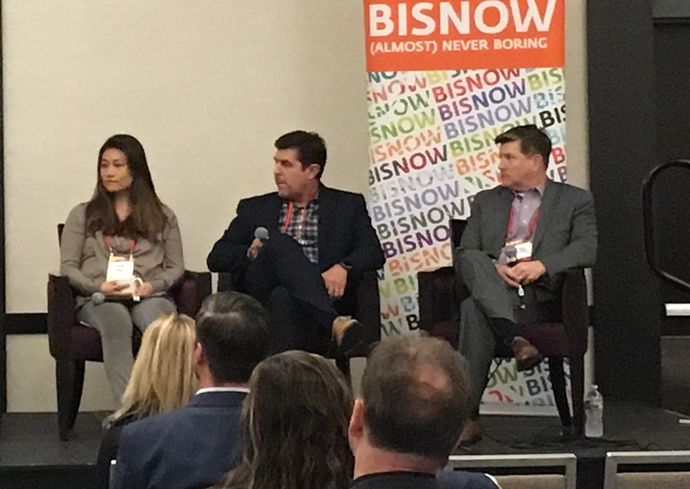 IOTAS CEO and founder Scé Pike's company adapts smart home technology for apartments, which generates data that allows management and residents to understand how the property is being used. She said technology in the multifamily space is evolving in unexpected ways. At the Nexus condo development, for instance, IOTAS is creating a marketplace and a messaging forum for the property.

"That way, people living in the condos can communicate with each other, and perhaps participate in a marketplace exchange," she said.

"In a multifamily context, younger tenants want digital ways to meet. That's one of the things we're trying to provide. There's a lot of data on how to bring people together — is that space you designed being used or not? When and how much is the gym being used, for example."

The information is not just for management, but for residents, Pike said. They might want to visit a space when there are fewer people using it, or more people using it if they want to meet other residents.

Equity Residential Senior Vice President of Development Bradley Karvasek, whose company has significant holdings in the Seattle market, including new construction in Capitol Hill, said every project has to fit within its neighborhood. The developer has to know the neighborhood well. One size never really fit all, especially not now.

"The property has to reach out to the community. One small example: In Cascade, we had a wine happy hour, and invited people not just from the building, but from the community center next door. That kind of thing helps bring a building into its community."

Karvasek said retail is really important for the well-being of a development.

"What's the right tenant mix? We spend a lot of time thinking about that. That's another reason you need to know the building's neighborhood in detail."

Hunt Mortgage Group Vice President Jeffrey Ballaine, whose company specializes in multifamily lending, said developers have to know the market they are going into, as a matter of getting the deal done in the first place.

"We will underwrite to the amenities, to make sure they reflect the community, and the right retail mix," Ballaine said.

Mixed-use has posed something of a steep learning curve for multifamily lenders in recent years, Ballaine said, but the industry is getting it.

"Lenders have had to learn how to underwrite not only strictly residential properties, but mixed-use components. That's fairly new. They didn't know what to do for a while, but now most lenders understand how the other components add value to the development, and lend accordingly."