As Sea Level Rises, Architects And Developers Adapt And Innovate

While the San Francisco Bay Area’s best features may be the seemingly endless views of the waterfront, the view comes with a price. Sea levels are expected to rise as much as 4 feet by the end of the century, according to a report from the National Climate Assessment. About 5 million people in the U.S. are within 4 feet of a local high-tide level and in the next few decades storm surge and sea level rise could combine to increase flooding across the country. 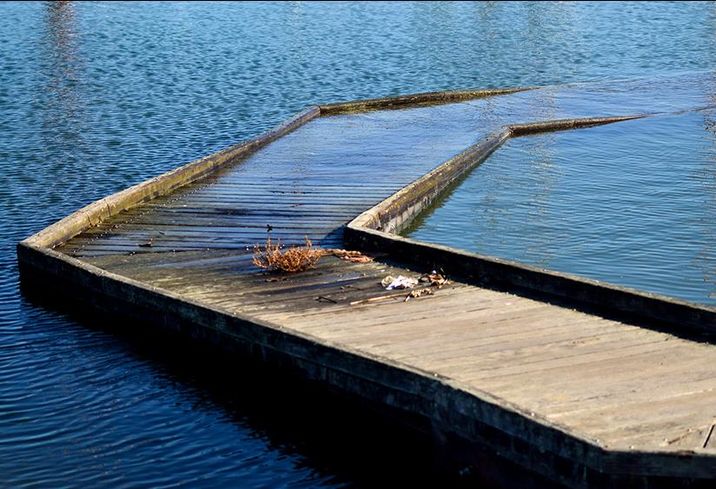 But the local real estate community and city officials have a plan.

As San Francisco and other Bay Area cities work on developments that open access to waterfront, architects, developers and city officials are coming up with strategies to create resilient waterfront communities that can withstand these rising sea levels.

Sea level rise is a slow progression over time, she said. It starts with nuisance flooding that happens a couple of times a year and may require minor adaptations on the water's edge or the addition of a pump or placement of a removable barrier when a storm is coming. She said this initial stage is a 10-year process and leads to regular nuisance flooding and gets more serious from there. By mid-century, the conversation is expected to shift to retreating and rethinking the urban form.

The port is in the process of repairing a 3-mile seawall along the waterfront. The seawall is built into mud and is subjected to significant seismic risk, she said.

The port has been working with developers to rebuild many of the finger piers along the waterfront. At the mixed-use Pier 70 development, the developer is raising the site and the port is adding special taxes from the development over the course of the 66-year lease to provide funding for adaptation measures to make sure this development isn't submerged by sea level rise. 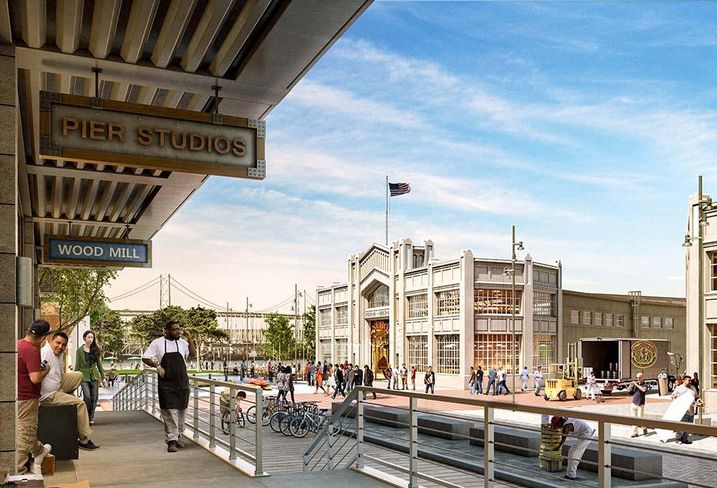 “Resilience is all about protection: How do you make sure there [are] no repercussions and there is no flooding?” she said. “You build a levee. The levee is fundamentally opposite of access.”

Designing along the waterfront means taking into account the qualities of the waterfront experience and figuring out places where the seawall should be higher or have a more natural edge to give people access, Hall said.

At Mission Rock, a mixed-use development with 1,500 housing units, spearheaded by the Giants baseball team, Perkins+Will designed industrial uses on the ground floor to provide light industrial uses such as breweries, bike repair and light manufacturing. Elevated sidewalks will help provide access when there is flooding from sea level rise, Hall said.

The Monarch Bay Shoreline Development in San Leandro from Cal-Coast Development underwent an additional year and a half of design work to better address rising sea level projections. The developer added a 16-acre park to the site plan and relocated many of the buildings that were originally designed along the outer shoreline. Keeping the buildings along the outer shoreline of the marina and raising them 30 inches to address sea level rise would have made construction costs too prohibitive. The development will have a mix of residential, hotel, restaurants, a nine-hole golf course and parking. 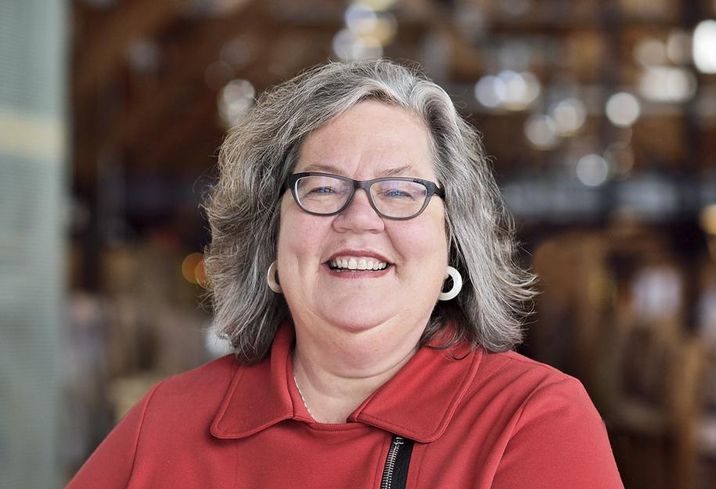 For Mithun partner Debra Guenther, one of the biggest challenges is designing communities that provide low-income housing that also are resilient.

She said low-income families are among the most vulnerable to rising sea levels and the impacts of climate change because they have fewer options to rebuild and find housing after a disaster.

Another challenge the Bay Area faces is how to provide equitable housing to low-income families that are increasingly pushed out by the rising cost of housing so that these families can adapt to climate change as well, she said.

“The Bay Area is where our economy is reliant on all ranges of incomes, but we’re not able to hold places for people with lower incomes close enough … to meet our larger climate change objectives,” Guenther said.

With more people living farther away from jobs, greenhouse gas emissions from commutes end up making it difficult for the state to reach its state emissions goals.

“We’re seeing a lot of our clients starting to acknowledge the challenges with sea level rise with their projects flooding that are adjacent to a river or due to weather patterns changing,” Guenther said.

Through the Resilient By Design challenge, a local design challenge modeled after New York’s Rebuild by Design, Guenther and her team at Mithun created OuR-HOME in North Richmond in Contra Costa County that could provide about 224 units of housing on small vacant parcels. The sites could incorporate both small multifamily as well as for-sale housing on small lots.

She said the strategy for the OuR-HOME project was to look at investments in infrastructure that have to happen in a community and make sure that these improvements take into account both sea level rise and equitability.

The project would incorporate more than 20,000 trees, a horizontal levee and additional green infrastructure to improve the community and create recreational areas and natural flood barriers.

She said planning for a natural disaster pays off in the end.

As part of the Resilient By Design challenge, Bjarke Ingels Group, One Architecture & Urbanism and Sherwood Design Engineers proposed six different pilot projects for the Islais Hyper-Creek area within San Francisco's Bayview/Hunters Point. The area is an industrial hub that has been prone to king tides, which are very high tides, and repeat flooding.

The pilot projects often take into account current infrastructure needs that can be adapted to address rising sea level and storm surge.

One proposed project would take underused land at Pier 90 and create a soft shoreline that can handle storm surge. The design incorporates a park to Bayview and buildings near the waterfront.

Another project envisions a living levee that would create a natural water treatment system that uses wetlands to process wastewater while also creating natural open space for recreation and educational opportunities.

The team also suggested the incorporation of resiliency when the San Francisco Produce Market adapts and modernizes its facilities in the near future.

Alemany Farmers Market also could be transformed into a new market that provides natural waterways and can be surrounded by raised affordable housing.

An innovation district along the waterfront could create space for business and research facilities and experiments in resilient floating architecture.

“The area inherited its ad hoc industrial character over decades, but as we come to grips with the changes we’ll need to make to adapt to rising seas, I hope we can start to think holistically about what’s in store and what’s exactly possible,” San Francisco Electrical Construction Industry Research and Advocacy Director Alex Lantsberg said in a video about the proposed projects.