The Silver Tsunami Is Crashing Into Bay Area’s Housing Crisis

Seniors in the Bay Area already have limited options in a tight housing market, and for those in need of affordable housing, the situation borders on a crisis. 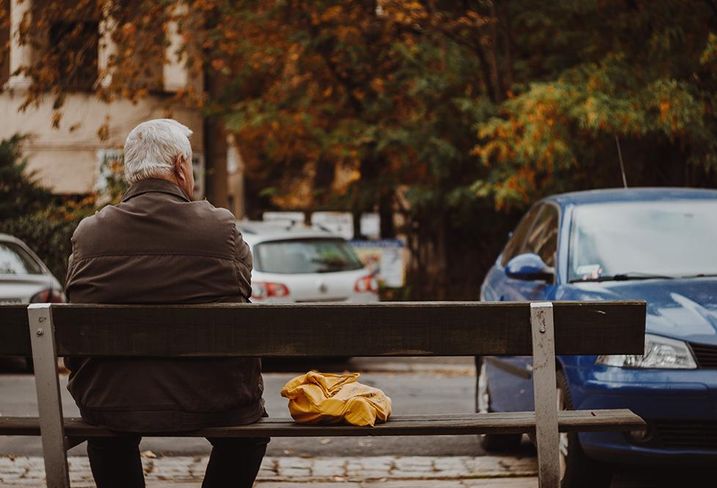 Eden Housing CEO Linda Mandolini has seen people line up at 4 a.m. just to get on a waiting list for housing. For a 150-unit property in Hayward, which included 50 senior housing units, Eden Housing received over 4,500 applications.

Not enough age-restricted housing has been built in the last decade, leaving a huge opportunity for developers to tap into a market with high demand and high occupancy rates. Affordable housing developers have struggled to keep up with demand from low-income seniors, with waiting lists up to 10 years long. Private developers that build market-rate senior housing are leasing up units faster than ever before.

“People don’t know where to go,” Mandolini said. “Seniors are getting priced out of apartments. They might not be living in optimal situations. Their kids aren’t super wealthy and don’t have enough room to accommodate their parents.”

As more baby boomers age, demand for senior housing has increased, but affordable senior housing is becoming even more difficult to find since most affordable housing funding sources target families and other vulnerable populations. It is not just a California problem.

The number of senior renters aged 60 needing rental assistance across the U.S. is expected to increase by 1.3 million through 2020, according to a Harvard study. Another 1.3 million will need rental assistance by 2030. At current assistance levels, roughly 3 million to 4 million seniors will be forced to look for housing in the private market by 2030. 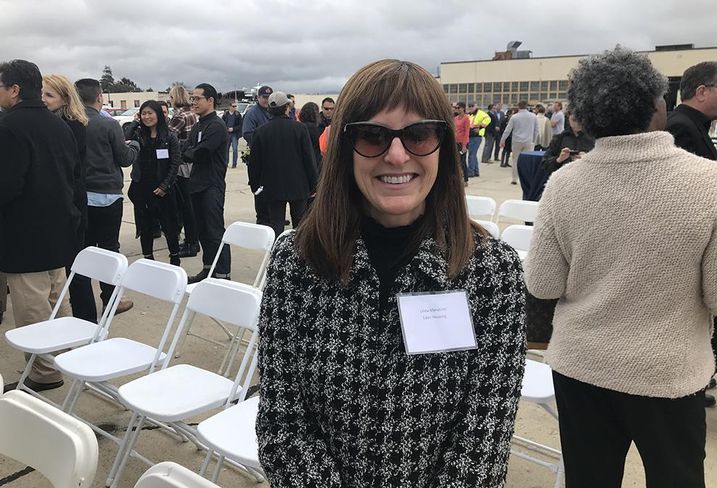 While the average amount of retirement savings has risen since 1980, nearly half of all American families, including age groups nearing retirement have little to no retirement savings, according to a report from the Economic Policy Institute. West Coast baby boomers are currently at the highest risk to be homeless and 40 million could retire with little to no savings.

In California, which has among the highest costs of living in the country, the population of senior citizens is expected to increase 112% from 1990 to 2020. This demographic is expected to grow twice as fast as the state’s overall population, according to data from California Department of Aging. San Francisco and San Mateo counties, two of the most expensive counties in the region, are expected to have the largest increase in people aged 60 and older.

“Affordability is hammering on seniors, especially those on fixed incomes,” Christian Church Homes President and CEO Don Stump said. “Social Security checks might go up 1% to 2% each year, but wages are going up much faster. Housing costs are doubling and tripling on a regular basis.” 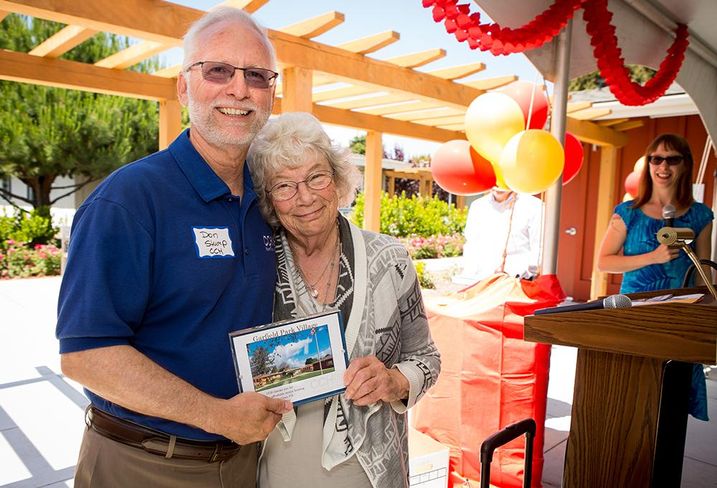 Even though demand has been skyrocketing, building senior housing isn’t easy, especially since funding sources on both a state and federal level have vanished.

The end of redevelopment in California also hit affordable housing, Stump said. Redevelopment agencies were funded by property taxes and were used to redevelop blighted areas.

Resources for Community Development Executive Director Dan Sawislak said the affordable housing industry has lost a billion dollars a year since the end of redevelopment in 2011. Thousands of units of housing that could have been built were not, he said.

Part of the problem is Proposition 13, which capped property taxes at 1976 levels plus a 2% annual increase, Bay Area Council Senior Vice President of Public Policy Matt Regan said. The policy was meant to protect seniors and homeowners from increasing property taxes that they couldn’t afford, but ended up trapping seniors in their homes, he said.

Seniors who sell their homes have to pay taxes on today’s property assessment during the transaction, which makes the sale expensive, he said.

“These are Prop 13 prisoners. Seniors are rattling around in large homes that they bought in the '60s, '70s and '80s and can no longer afford to move,” Regan said. “In a normally functioning cycle, these houses would go back to younger families.” 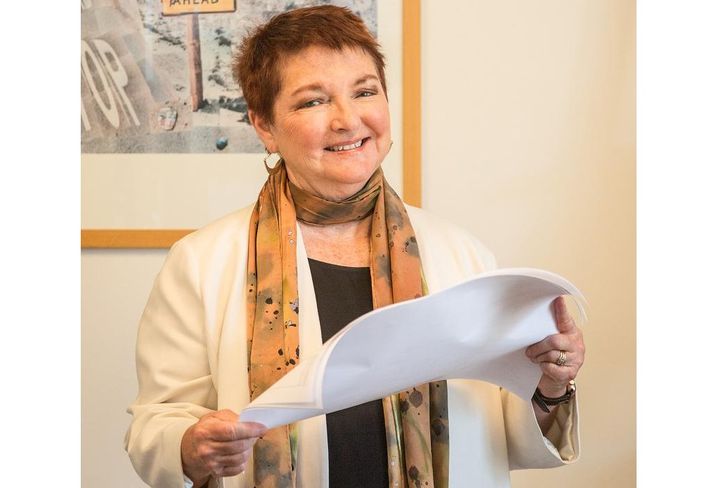 It is not just the shortage of housing, but also demand for the right type of housing that exacerbates the problem.

For-profit developers jumped into assisted living thinking that this category of senior housing would fill up quickly, flooding the East Bay with assisted living campuses, Stump said. Many of these campuses ended up with high vacancies since seniors preferred independent living options, he said.

Seniors are waiting later to move into a designated senior housing development. Just because someone turns 55, doesn’t mean they suddenly want to live in a senior development, BRIDGE Housing CEO Cynthia Parker said.

“Most people are still active and want to stay active,” Parker said.

Seniors also would rather not go into a nursing home.

“If you put 50,000 Americans in a football stadium, they will not agree on anything,” Stump said. “But if you ask those 50,000 how many would like to live in a nursing home, no one will raise a hand.”

These seniors seeking to continue living independently have put a lot of demand on market-rate units. SRM Development built a 130-unit senior housing project in the Rockridge area of Oakland that was the first senior housing built in over 25 years in the neighborhood. Demand was so high, it leased up within six months, compared to an average of a year for senior housing.

Another element developers in the industry will have to keep in mind is that seniors that move into a senior housing complex end up being older and require more services. Stump said seniors aged 80 and older are the fastest-growing resident demographic of affordable senior housing. This has shifted how and in what way affordable housing developers offer services and where they build their projects. 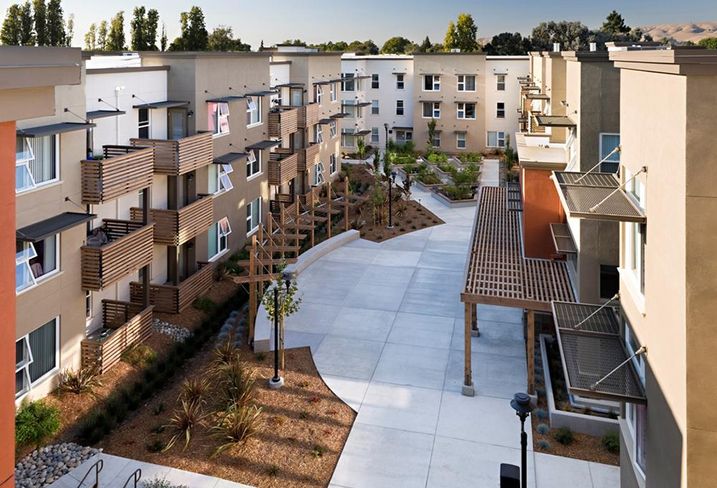 Developers are finding ways to meet the growing needs of the Bay Area’s senior population. Unlike affordable housing for families that typically needs to be near transit and requires more parking, senior housing doesn’t have a high parking requirement and typically needs to be close to healthcare services, Mandolini said.

Eden Housing, which has been providing senior housing to extremely low-income seniors since 1972, offers enhanced affordable housing so residents can stay healthier for longer. This often means offering healthcare and supportive services. Many of its residents can’t afford assisted living and were priced out of that market.

“They move in with us and live with us for their rest of their lives,” Mandolini said.

An Eden property in Fremont, Cottonwood Place, partnered with On Lok, a Program for All-Inclusive Care for the Elderly, that allows residents to stay in their homes and age in place. PACE is a community-based healthcare model that typically offers in-home care and social services.

“The healthcare piece of this is super-important,” Mandolini said. “It costs so much more to put people in a nursing home than to opt them into something that keeps them independent. We should want to do more.”

Healthcare providers also are looking into ways to provide more senior housing as part of a larger community. Pacific Medical Buildings and Generations LLC are planning to build 800K SF of housing, office and community space in Burlingame.

The developers plan to partner with Peninsula Health Care District to create a senior community with up to 375 units of housing, including independent and assisted living, 100K SF of support services, 250K SF of medical office and a 50K SF center with dining, and nonprofit and community programming, according to the San Francisco Business Times.

Christian Church Homes, which has 5,000 senior residents living in 61 properties across nine states, works with faith-based organizations as part of its business model. Groups will donate or sell the land at a steep discount so that CCH can build affordable senior housing, Stump said. CCH is currently working with three Bay Area churches to secure additional parcels. 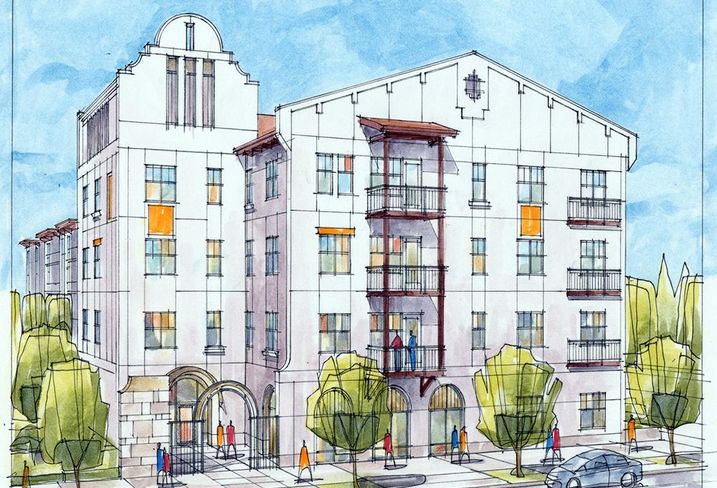 BRIDGE Housing, which has built over 4,000 senior housing units, has been creating more intergenerational housing that has senior living as well as housing for young families. Seniors often feel energized by having young kids around and multigenerational families can live close together, Parker said.

BRIDGE Housing is planning to build senior housing at 735 Davis in San Francisco that would be part of a two-building complex that would include family housing. Another 85 units are underway next to 115 units of affordable family housing near the San Leandro BART station.

A private developer is working on a luxury senior housing complex in San Jose. Alliance Residential Co. recently began construction of a 204K SF private fully licensed Residential Care Facility for the Elderly. It will have luxury amenities and 24-hour staff to provide a variety of  medical and day-to-day needs for residents. The four-story building, built by Swenson, at 4610 Almaden Expressway will have 200 units, a mix of 30 memory care units and 170 independent living units.

Bay Area Council’s Matt Regan said one of the best solutions to creating more senior housing stock would be to make it easier for homeowners to build accessory dwelling units, which are smaller secondary homes built on the same lot.

“Sooner rather than later, we’ll have ADU saturation somewhat similar to Vancouver, where a third of homes have an ADU,” Regan said. “It is the single biggest supply of affordable housing.”

“We think this will be very beneficial to seniors,” he said.

Part Of A Bigger Problem 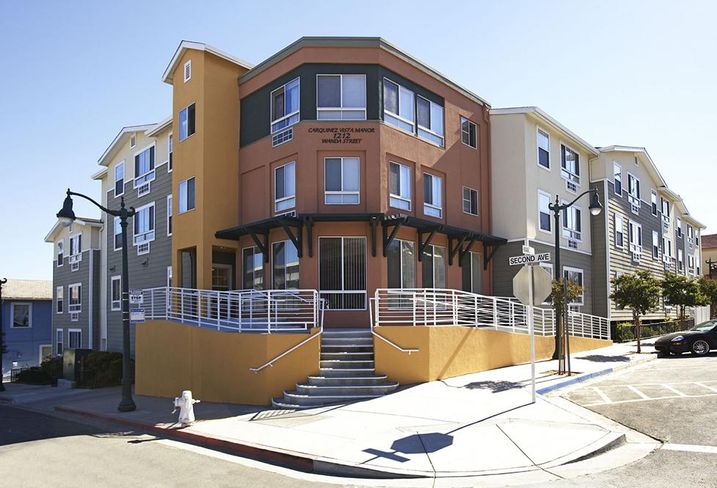 Even with developers and policy groups working to build individual senior housing projects, demand will only get worse, especially as all demographics and income groups struggle to find adequate housing. Low-income for individuals is now $82K in San Francisco, the highest individual low income in the country, Curbed SF reports. One in five households can afford a median-priced home in the Bay Area.

“The need is going to get bigger. For sure we have a crisis,” BRIDGE Housing’s Parker said. “The crisis is being caused by more people moving into the Bay Area making good money and driving up prices. Seniors are being squeezed … just like everyone else.”

Christian Church Homes' Stump said the largest-growing segment of the homeless population is homeless seniors and many seniors will be forced into situations where they will have to live in a basement or share a one-bedroom apartment.

He has hope despite the dire need for more housing. Local municipalities have already passed bond measures that could help replace money lost in recent years and additional bond measures to help fund more affordable housing are on the November ballot, he said.

While replenishing funding sources and pushing forward with ADUs will help, Eden Housing’s Mandolini said it comes down to adding more supply.

“We need to build more,” Mandolini said. “We have to get this stuff approved.”

CORRECTION, THURSDAY, AUG. 16, 12:10 P.M. PT: A previous version of this article incorrectly stated the projected increase in California's senior citizen population. The article has been updated.