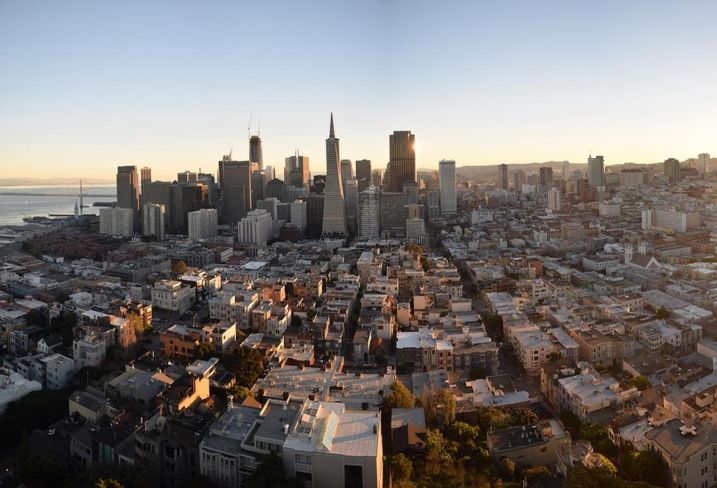 San Francisco Bay Area’s office market rents cooled during the second quarter, while the region’s submarkets posted relatively flat lease rates during the quarter with the Peninsula posting the only slight increase, according to recent market reports from CBRE. For the first time in 28 quarters, Silicon Valley lease rates were flat.

Average lease rates clocked in at $57.50/SF and vacancy rates were at 7.8%. Total office space under construction was 16.7M SF. Technology made up nearly half of the leases in the Bay Area during the second quarter, followed by life sciences and financial.

San Francisco rents remained stable at $72.90/SF. The second quarter was largely uneventful in San Francisco, but an increased volume of tenants in the market, large lease transactions, reduced sublease space and positive economic outlook suggest growth in office demand, according to CBRE. 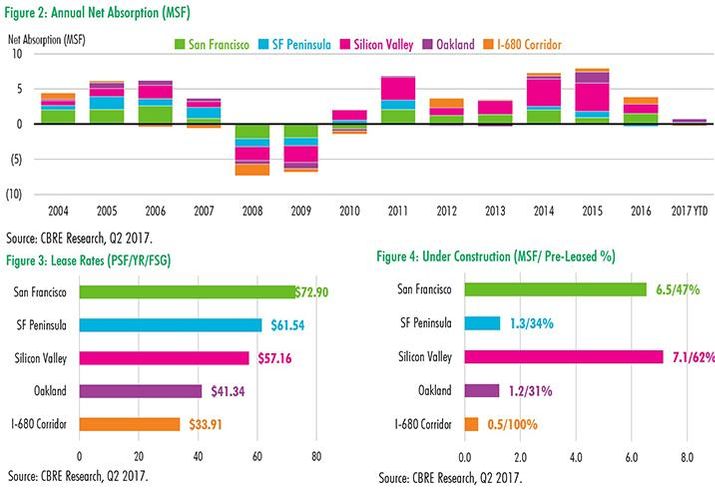 The San Francisco Peninsula posted year-to-date net absorption of 212K SF, which is the highest midyear total since 2015. Vacancy rates declined in both north county and south county, with the north declining 40 basis points to 9.4% in Q2 compared to the previous quarter. Technology accounted for about half of the top 25 lease transactions in this market with the top lease being Genesys Telecommunications Lab renewing its 139K SF lease in Daly City.

Leasing activity slowed down in Silicon Valley after 16 consecutive quarters of positive net absorption. The market posted an occupancy loss of 515K SF during the quarter. Demand was consistent, but was outpaced by supply, which included the delivery of about 1M SF of unleased construction completions. Vacancy rose 220 basis points quarter-over-quarter to 9.7%, a recent high since its last peak set in Q2 2014. A new lease by Robert Bosch in Sunnyvale for 104K SF was the largest lease signed during the quarter. Technology made up nearly half of the top 25 leases in the market.

In Q2 2017, Oakland posted its largest quarterly decline in availability since Q2 2002. Positive net absorption reached more than 450K SF. The market had no new construction deliveries during the quarter and a fair number of large full-floor leases and persistent demand. The life science industry accounted for about half of the leases over 10K SF during the quarter. Zymergen signed a new lease of 125K SF in Emeryville during the quarter, the largest lease in the market.

Rents were flat for the first time in three years in the I-680 Corridor. The market gained 85K SF of occupancy, including 68% from Pleasanton and San Ramon. Net absorption for the quarter was about 85K SF, up compared to negative absorption of 200K SF in Q1 2017. Absorption was nowhere near the positive net absorption of 500K SF clocked during Q2 2016. Vacancy fell 20 basis points to 7.6% during the quarter, and CBRE expects the market to stay tight with demand persisting. Philips signed the largest lease in Pleasanton during the quarter with a 45K SF lease.