San Diego's strong office market has attracted new development in recent years and some of those projects are now coming to fruition.

But in a competitive office environment, these projects have to go beyond the ordinary, pushing for more innovation in what they have to offer tenants. This includes exercise facilities, indoor-outdoor spaces and luxury businesses and amenities. 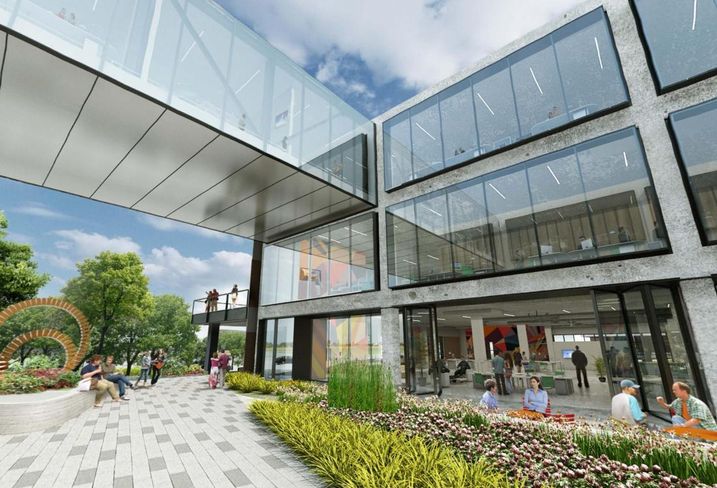 Ampersand, in Mission Valley, is an example of an office property that incorporates high-end lifestyle experiences and modern design elements with everyday office functions. The property is being developed by Casey Brown Company and is the largest block of contiguous Class-A space in San Diego County, is set on 13 acres and features two buildings totaling 330K SF. The campus is walking distance to Fashion Valley Mall and the trolley at State Route 163 and Interstate 8.

“The campus is being designed for collaboration and function,” CBRE Senior Vice President and Ampersand lead broker Matt Carlson said. “The lofty and bright feel of the interiors is what top users are looking for in today’s marketplace.”

He said the campus has nine outdoor patios, a gym, a craft coffee café, valet parking and concierge service. 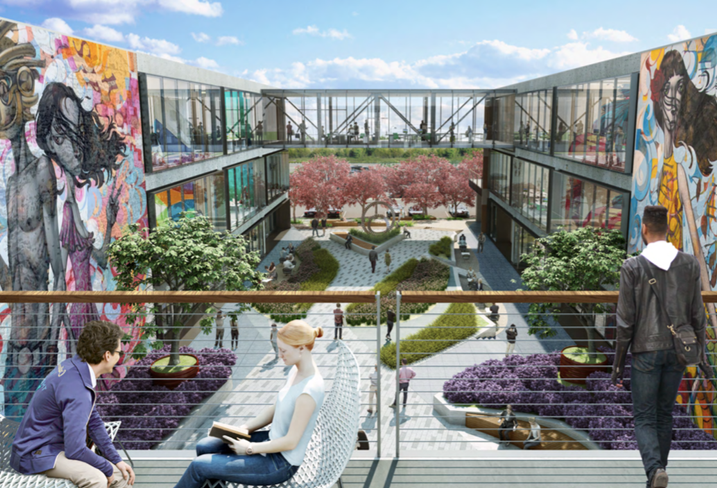 "The office building has large 40K SF floor plates with high ceilings that allow for flexibility and great abundant light with full-height glass windows," he said. "It also features a large ficus tree that shades an outdoor patio where we plan to install hammocks, hanging chairs and an outdoor conference work area.

“The Press building [former printing press] has been completely changed."

He said the owners removed the center portion of the roof where the three-story presses once stood and installed a large interior courtyard and floor-to-ceiling glass windows. Large industrial windows and doors bring in the light and allow access to the different outdoor patios.

Despite a slower fourth quarter, San Diego’s office sector had a strong 2017 overall, according to a report released by CBRE. Last year reached record low vacancy rates and record high asking rates and many submarkets were trending positively. The vacancy rate has remained below 12% for five consecutive quarters.

New deliveries in Q4 totaled 120,436 SF, including 60K SF at North City in San Marcos and the 32,336 SF office portion of the newly renovated and expanded Westfield UTC. CBRE fully occupied the Westfield space to embrace a mixed-use setting.

The CBRE report highlights two other office projects that broke ground in late 2017: the 175K SF office portion of the Watermark site in Scripps Ranch, which will be mostly occupied by MedImpact, and a 33K SF creative office building in Carlsbad.

Like Ampersand, the Watermark project will feature amenities meant to draw tenants.

“This is a truly integrated project that is amenity-rich, has great walkability and there is no other property like this in the I-15 corridor,” Senior Vice President at CBRE and lead broker Rob Merkin said of the project spearheaded by San Diego real estate development company Sudberry Properties.

Set on 5.17 acres, Watermark Building 2 will include a large outdoor courtyard for casual meetings, social gatherings and exercise. The office component and first building — a 154K SF building for MedImpact — was completed in 2010, before Sudberry came into the picture. The two buildings will be connected by a pedestrian bridge.

Landlords are having to get creative to fulfill large-space tenant requirements, and so are converting existing properties into high-amenity office space, according to a JLL report. Such projects include former industrial spaces, including AeroValut in Kearny Mesa, the HP Campus and the Summit Rancho Bernardo in the Interstate 15 corridor, as well as the Atlas at Carlsbad. The report noted occupying former industrial spaces had specific benefits, like being able to retain high power and overhead doors that corporate headquarters need. 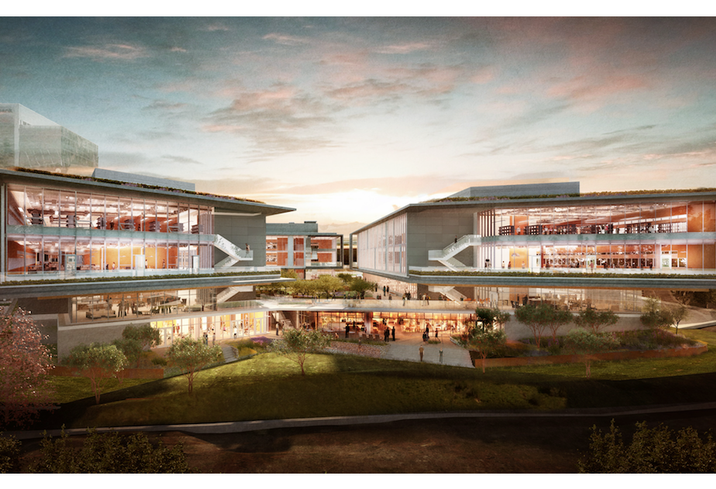 Courtesy of Cushman & Wakefield
i3

Another notable 2017 delivery was Illumina’s August opening of its 316K SF i3 campus in University Towne Center. Its initial use will be as office space, though it was designed with the flexibility to transform all or part of the space for research use. The property is considered a bellwether for the biotech industry, which is one of the main sectors driving San Diego’s office growth.

Technology, defense and life science were the main drivers during 2017 and should continue to be this year, said Brett Ward, managing director of Cushman & Wakefield’s Office Division in San Diego.

“Despite some fluctuations earlier this year, we expect the ongoing momentum from 2017 to carry into 2018 as a result of continued expected job and economic growth in conjunction with further robust tenant demand,” he said. “A number of large tenants who have executed leases but have not yet taken occupancy will further boost absorption in future quarters.”