Several factors drive success for Downtown San Diego, including attracting the talent that drives regional prosperity, amenities that support residential and commercial projects, and the need to attract Millennials and drive future growth. 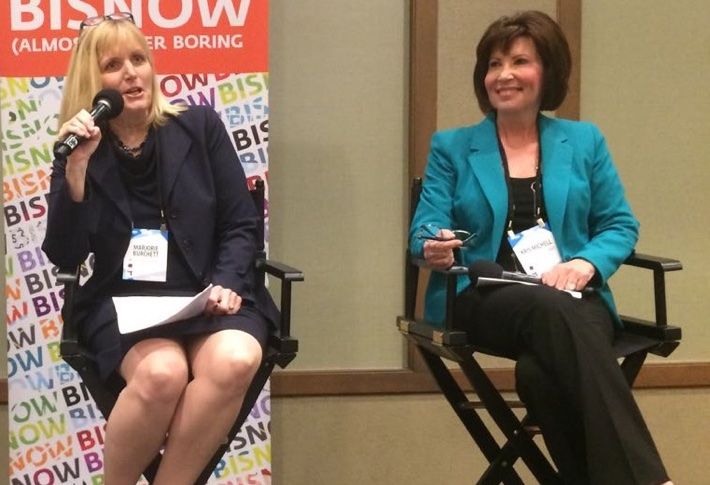 Downtown has the capacity to drive the regional economy if we take advantage of opportunities that exist on both the residential and commercial side, Michell said. "And most significant is that if a company decides that California is the place it wants to locate, then San Diego, by far, is more competitive than any other city in California," she said.

Moderator Marjorie Burchett (above left), a partner at the law firm of Withers Bergman LLP, asked San Diego Regional Economic Development Corp CEO Mark Cafferty (below right) how the demographic data in the study compares elsewhere. He said his organization did a talent study that compared San Diego’s talent pool to the rest of the country. It revealed that San Diego's economy is driven by talent, "and when we succeed it's because we have the talent to grow and thrive.” Cafferty said when certain sectors struggle it's because they can’t retain or find the right talent.

Downtown San Diego skews in the right directions: it's younger and highly educated, he said, "and unlike most other downtowns, it’s a painting still being painted from the perspective that you can come here and start something new ... you can be part [of] something on the ground level, you can be something game-changing in Downtown San Diego. That’s something you can’t do in Chicago or New York." 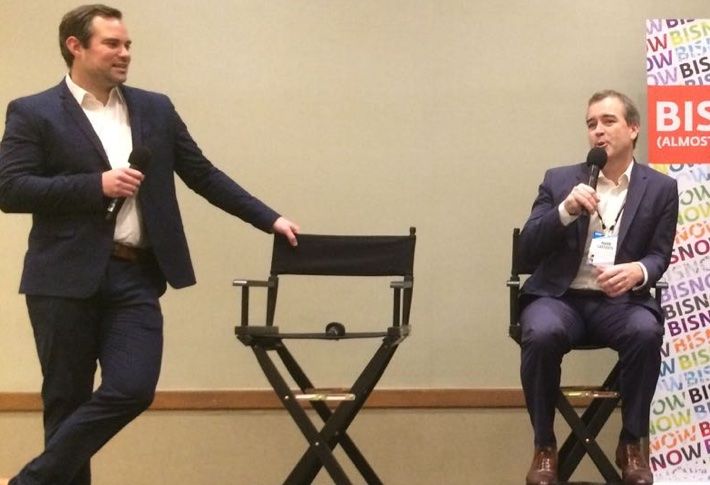 Michell said the study found 65% of downtown residents prefer to work downtown, but 80% of them commute to jobs outside of downtown. "We also think San Diego’s urban core is broader than 92100 (downtown ZIP code), so to be successful we need to think about all the communities that surround downtown, including Pacific Beach, Golden Hill, South Park, North Park and Barrio Logan," she said. More affordable housing is in the communities ringing downtown, and their location allows a short commute to downtown, Michell said.

Another discovery was that 48% of survey participants believe downtown lacks access to parks, recreation and open space. “So one of three things is happening: either we aren’t communicating effectively, we aren’t activating them or we don’t have enough of them,” she said, adding when the East Village Green, a 4.2-acre, $25M park, comes online, that will be significant. Michell said downtown needs to do a better job of activating its parks.

Burchett asked what the startup community in downtown is like right now, and what to expect this year. Michell said startup advocate Andy White and staff from DSDP and SDREC are working with about 120 startups in downtown to help them grow. “We’ve expanded our co-working space — it's really on fire right now — WeWork just took 90k SF of space, and we’ve got others too, Downtown Works and Union Coworks,” she said.

Compared to Silicon Valley, San Diego is much more collaborative, she said. Michell said an Apple executive told her the Silicon Valley environment “is beyond competitive, it’s cutthroat.” Companies in Silicon Valley can fail, and because the money’s there, they can do it over and over until successful, she said, stressing it often takes a couple of tries to be successful. In San Diego, people view failure as a negative, rather than learning from their mistakes, which is why the Downtown Innovation Collaboratory is working closely with startup companies that are very early stage.

She said UCSD’s decision to locate in Downtown is significant, because it's like what happened with Stanford in Silicon Valley and what happened up on the Mesa with UCSD 30 years ago. "There’s some of us who believe we can replicate that in a different way here in downtown over the next 40 years.” 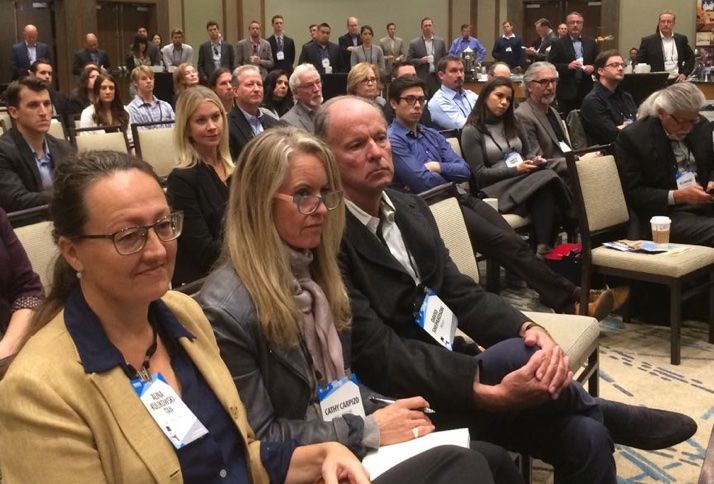 Cafferty discussed how this compares with what’s happening in tech elsewhere. There are suburban campuses, like the Microsoft and Qualcomm models. In Massachusetts, the tech community grew up along the 128 Corridor, but is migrating back into downtown Boston and Cambridge, he said.

“The thing about San Diego is, it is not poised to do both; we’re doing both," McCafferty said. "We have great suburban tech campus activity in San Diego, but we’re running out of land for folks to be able to do that. There’s opportunities in downtown, and pioneers who have been here for awhile in the startup scene, in the design scene, in the tech scene — they've laid down roots in downtown." McCafferty said there are other resources adding to the momentum, including the incubators and shared workspaces, but nothing will be as game-changing for downtown as UCSD's presence there. He said every major city's downtown core has multiple universities.

“One thing to keep in mind from a tech perspective is that UCSD graduates more engineers each year than Stanford or Berkeley and almost as many as both of them combined," he said. "So the talent is there, and if we can keep it invested in the urban core, I think we’ll see some incredible things.” 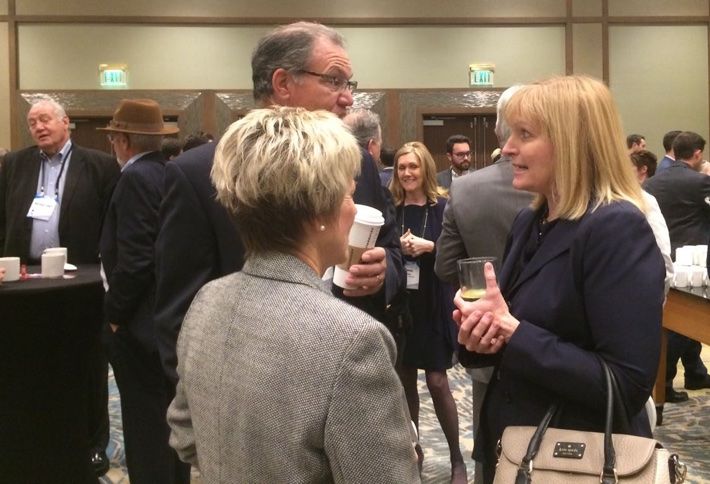 Addressing the lack of workforce housing, Michell said the city needs to rethink its parking standard if it wants entry-level housing built in downtown, as this is major barrier to getting it built. “We have so much transportation here, it doesn’t make sense,” she said.

Cafferty said the cost of housing is a top concern of almost every employer he speaks to about relocating or expanding to San Diego. “If you compare us to San Francisco and DC, we look fine, but compared to 98% of the country, we don’t look fine.

“Kris is right, major policy change has to take place. It’s not just affordable housing for people who are struggling, it’s housing for people who are trying to make it in the workforce, and hopefully will become the managers, leaders and entrepreneurs of tomorrow." McCafferty said San Diego attracted those people in the past, and they are the ones today who are now saving lives. “So a big effort for everyone in San Diego is making sure more units get built and that they cross the spectrum of affordability.”