The company that defined Philadelphia's modern skyline is getting out of the skyline game. 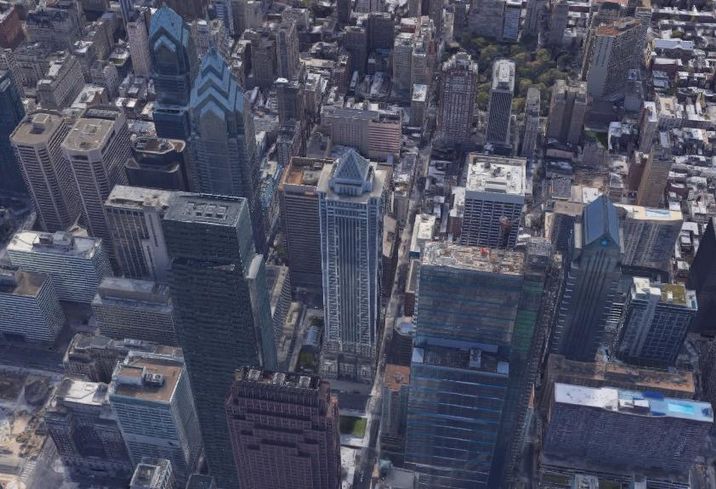 Google Maps
Liberty Property Trust's contributions to the Philly skyline include the spired One Liberty Place and the two tallest buildings in the city, the Comcast Center and the Comcast Technology Center, seen under construction via an early 2018 satellite image.

Liberty Property Trust CEO Bill Hankowsky told analysts during the company's Q3 earnings call that it will be selling all of its remaining non-industrial assets, the vast majority of which are urban office buildings.

The move comes eight months after the company announced its decision to exit suburban office, of which it has been a developer and landlord since 1974. Some considered the urban properties a foregone conclusion for sale once Liberty started unloading its suburban portfolio, but as Hankowsky told Bisnow in an interview, the two decisions were separate.

“At the beginning of this year and going back to 2017, we made the decision that we should exit our remaining suburban office, and that was the business plan: to have an urban portfolio that’s development-focused to go back to our skill set," Hankowsky said. "But when we did our annual strategic review sitting down with the board, we looked at it and said, ‘We’ll be more greatly rewarded going forward if we were to take our capital and put it in the industrial side.’”

Liberty owns minority stakes in the Comcast Technology Center and its predecessor, the Comcast Center, in Center City, Philadelphia. It fully owns the Penn Medicine building at Eighth and Walnut streets, 10 buildings in the Philadelphia Navy Yard, four office buildings in Downtown Washington, D.C., and a swath of land on the Camden, New Jersey, waterfront.

The sell-off, which Liberty estimates could generate as much as $800M in revenue, excluding the Camden land, will be used to fund further industrial development. Hankowsky told analysts that Liberty could potentially acquire some existing buildings, but would most likely sell assets to fund new construction.

The REIT has also stepped down as the master developer of the Navy Yard.

Liberty has developed and owned industrial real estate since the company's inception, and now has around 100M SF in its industrial portfolio stretching across 15 states and the U.K.

Office buildings have less net operating income than industrial buildings, Hankowsky said, both in development and in management — a point underlined by the $67M in cost overruns incurred in the construction of the CTC, which was delayed by cracks in the steel.

Liberty owns 20% each of the CTC and the Comcast Center, which the company developed as Comcast's partner. As such, Comcast will have significant input into the sale process. The REIT could theoretically have held its stake in those buildings and its Navy Yard assets even after committing to building only industrial going forward, but Hankowsky does not want to be involved in a business that won't have the company's full attention. 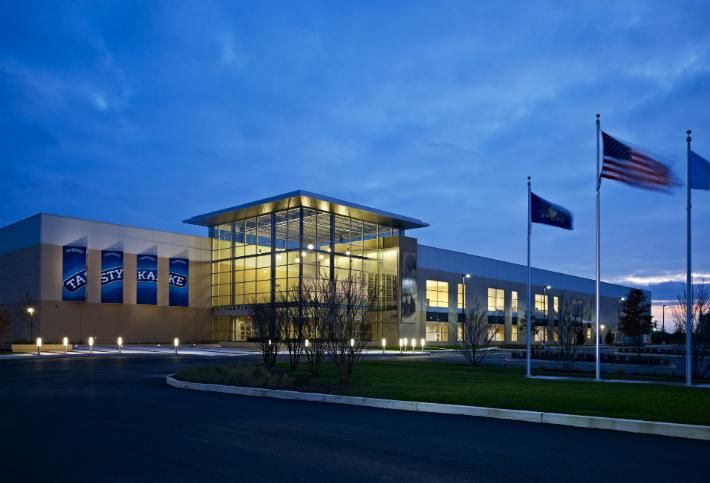 Hankowsky told Bisnow that the decision to sell was not timed to capitalize on the office market's fundamentals, but noted that there is substantial investor appetite for LPT's office portfolio. The REIT's sale of GlaxoSmithKlein's Navy Yard headquarters in May garnered the highest per-SF price in Philadelphia history.

Liberty plans on holding the 625K SF of industrial it owns in the Navy Yard, and could potentially develop more within the 1,200-acre property. But it would do so as just another developer looking to make a deal with PIDC, which oversees the area's master plan.

LPT's exit from the Navy Yard leaves only a few projects in the first phase of the master plan unfinished. The company will see through the construction of WuXi AppTec's fourth office/research lab building and will have input on a few more parcels it had already been discussing with potential future tenants, PIDC President John Grady told Bisnow.

Liberty has been the Navy Yard's master developer since 2003, but its exit did not surprise Grady. He told Bisnow that he had a feeling something like this would happen once Liberty announced its suburban exit. Still, the search for a company to fill Liberty's shoes — or the decision on if anyone even should — has yet to begin.

“We haven’t thought at all about the particulars of what the next relationship will look like in terms of the [partnership] structure," Grady said. "It’s still new news, and there are still elements to complete from Liberty.”

Those elements will wrap up the first phase of office development at the Navy Yard, labeled as the Navy Yard Corporate Center. PIDC is planning two more phases of office construction on 150 acres near the campus already in place, and Grady said that further parcels are available for industrial development on a case-by-case basis.

“With a new partner, we may tweak [parts of] the plan, talk about different types of users," Grady said. "But our master plan considers these three phases of office development occurring over time.” 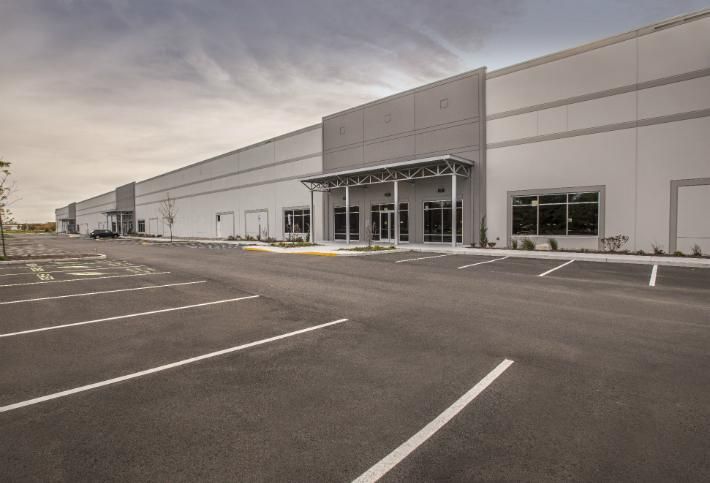 Hankowsky told analysts that, including some industrial space, LPT expects to sell between $250M and $400M of real estate per year over the next several years, prizing optimal return over a quick disposition. He stressed to Bisnow that the decision was far more a reflection on his optimism about the industrial market than pessimism about the future of office.

"Historically, the warehouse space was a quiet business without high volatility, but what we’ve seen in this cycle — and it’s always dangerous to say it’s different this time — on one hand you have your normal development cycle, with demand for space tied to job growth," Hankowsky said.

"But with distribution centers, people make logistics decisions as a piece of the absolute core business of a company, whether [they] make a product, distribute a product or sell it. Part of that business is storing it, and [another part is] getting it to stores or customers directly. So it’s really matured as a business in terms of the analysis done."

Because he believes the warehouse market's strength is based on a secular shift rather than a cyclical one, Hankowsky said that he doesn't envision a scenario wherein Liberty would re-enter the office market down the line. To illustrate the fundamental shift going on within the distribution sector, he said that for every square foot a facility serving brick-and-mortar stores requires, a facility serving e-commerce needs three.

"That, for us, is obviously awesome," Hankowsky said.

While the industrial market may be the right choice in terms of dollars and cents for Liberty, there is something to be said for the influence the company has exerted on the fabric of Philadelphia.

The two Comcast skyscrapers are the tallest buildings in Philly, with the CTC standing as the tallest in the U.S. outside of Manhattan and Chicago. Before them, Liberty's previous incarnation as Rouse & Associates broke the decades-old "gentleman's agreement" not to build anything higher than the statue of William Penn atop City Hall with One Liberty Place in 1987. That ushered in a new era of skyscraper development in the city, culminating in the 1,121-foot CTC.

"I think this company has done great things for the city, and there may be no other city where one company established the skyline like we did with One Liberty Place and [also] reset it like we did with CTC," Hankowsky said. "So there is a mix of emotions ... It means a lot to me, and I’m happy we’ve done it, but I’m also excited to [focus] on the industrial space.”