University City's Residential Development Is Finally Starting To Catch Up 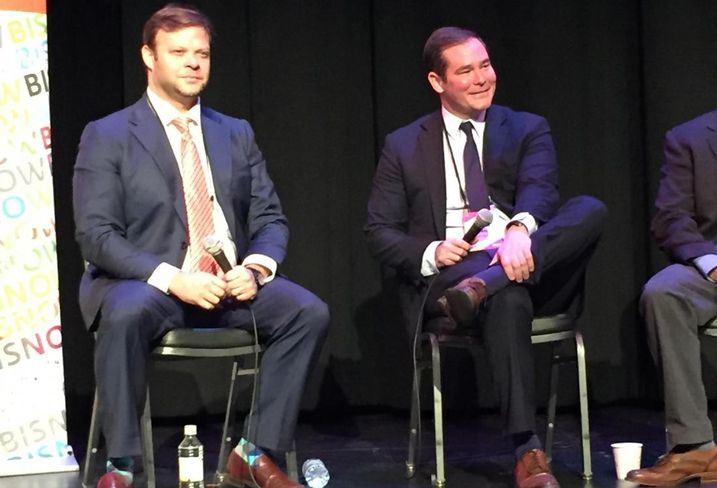 With the giant Schuylkill Yards and 30th Street Station District Plan developments still just vague notions in the distance, conversation focused on the more concrete, immediate future of the neighborhood—although confidence about the impact of those developments is high. According to Dustin Downey of Southern Land (right), “[Developers] can all dynamically grow together” with the planned changes to the neighborhood.

In the near term, the neighborhood’s focus seems to rest squarely on under-development multifamily residential buildings, the likes of which have been sorely missing from the area to this point. Post Brothers’ Matt Pestronk (left) went so far as to say that University City is “probably the single-most-underserved market in the country."

To fill that gap, Radnor Properties and Southern Land have both opened Class-A multifamily developments within the past few months and a few blocks of each other. In many areas, that simultaneous influx of units would make for an untenable amount of vacancies, but the two buildings have both succeeded, even ahead of the popular summer renting season, according to Radnor’s David Yeager.

Until recently, University City had been treated as a neighborhood primarily populated by undergraduate students, but with the continued success of graduate programs at Penn and Drexel, as well as medical institutions in the area, Millennials and young professionals are also a large demographic in the area.

“I get the sense that for a certain subset of Millennials—people younger than 35, 33," Matt explained, "University City is equally desirable to Center City.” 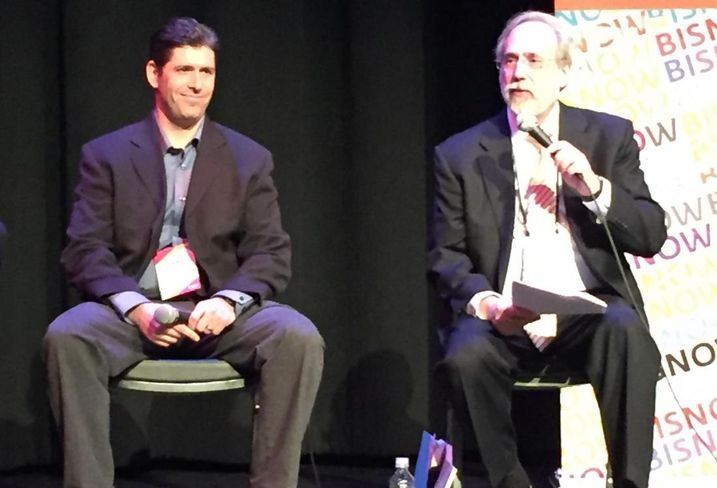 Currently, residential construction is just playing catch-up with those employed by the “Eds and Meds,” while student housing is primed for a correction—Matt believes that “student housing is about to become totally overpenetrated in this market.”

Surrounding the influx of Millennial-focused housing, Gary Jonas of Howe Properties (on the left, next to moderator Neil Sklaroff of Ballard Spahr) believes that students will increasingly consolidate closer to their institutions, encouraged by new rules from Drexel mandating more on-campus living.

The affordable rowhouses those students will vacate could become primary targets of renovators and potential homeowners in the area. He opined that houses on the fringes of University City could sell for $250k to $400k and still make developers money, a claim that surprised his fellow developers on the panel.

When Millennials do want to transition to the next phase of their lives, that potential for homeownership will go a long way towards keeping that demographic in University City, a crucial part of the neighborhood’s future as construction looks to ramp up in the coming decades. Even more important to retention, however, is improved schools for families, an area in which University City currently lags behind. 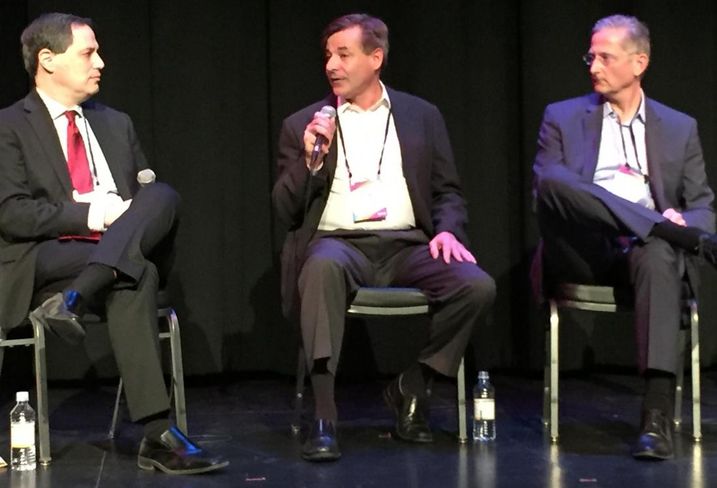 To that end, all panelists praised the Penn-Alexander School for its higher standards of early education, and eagerly anticipate Drexel’s own version. The resale value of homes surrounding Penn-Alexander has reportedly shot up to $700k, and new-construction townhouses are planned around the incoming Drexel school. School districts “have the wind at their backs,” according to Matt.

Still, no one seemed all that concerned about such a potential pitfall. Tom Lussenhop of U3 Advisors (center, between University City District chair Matt Bergheiser on the left and David Yeager on the right) assured attendants, “As long as people value healthcare and education, the demand for housing in and around this area is going to be solid.”

Though the climate is clearly favorable for developers to get involved with University City, both David and Matt noted that Penn and Drexel’s dominance in terms of property ownership in the neighborhood is a limiting factor in investment.

Radnor’s View32 project, a mixed-use development at 32nd and Arch streets, shows how private developers will have to “push the boundaries of the neighborhood” to keep building, according to David, though infill is bound to happen. 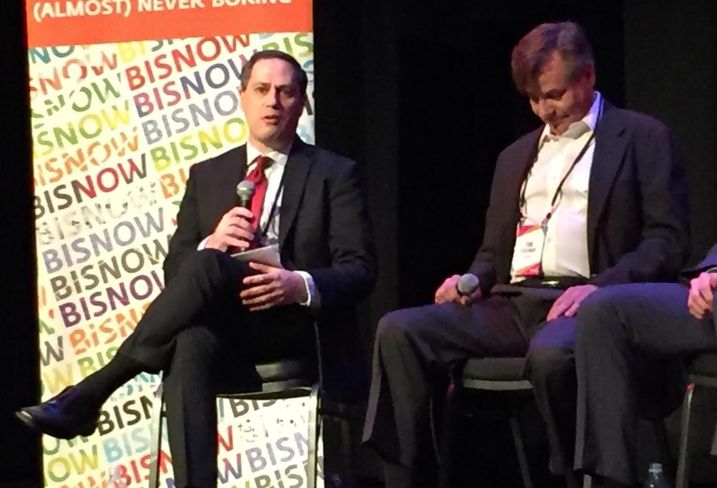 Of course, for all the talk of residential building, panelists largely agreed that without the addition of more jobs than the institutions alone can provide, University City’s residential population won’t continue to grow in a way that can sustain all this planned construction. Ballard Spahr’s Neil Sklaroff, who moderated both panels, noted to Bisnow after the event that a lot of this optimism is based on the bet that Schuylkill Yards will build large amounts of office space, and draw industry jobs to fill that space.

While Neil cautioned that “we don’t know quite what shape [Schuylkill Yards] will take,” he echoed the confidence of his fellow panel members that the massive project can deliver on its promise and that “the jobs will be there.” His rebuttal to the only real concern amidst an otherwise gleaming day of promise and optimism for development in University City couldn’t have been a more welcome conclusion.