The city of Santa Ana has approved Centennial Real Estate's plan to transform MainPlace Mall into a $300M mixed-use destination.

"Online sales are the way people shop so I know this evolution in the mall's trajectory is important and that we all adapt into this new world," he said. 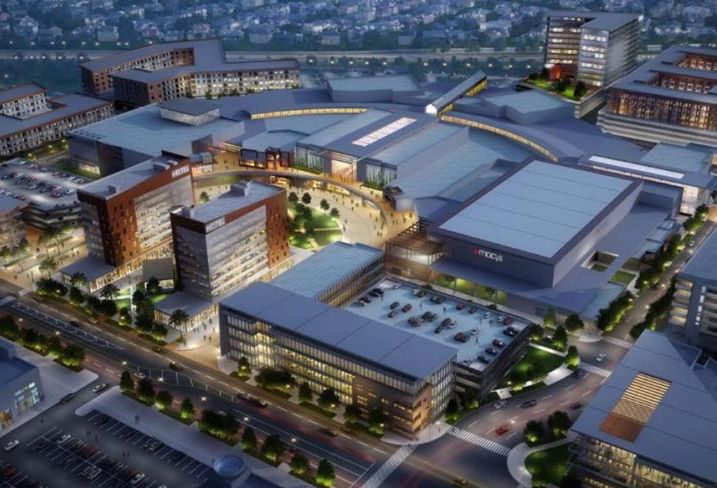 For the past two years tenants have left and sales have dropped $60M, Centennial Executive Vice President of Development and Construction Oliver Robinson said during the hearing. Centennial has been working on changing the makeup of the 1.5M SF super-regional mall from mostly retail to a mixed-use urban village.

Under its plan for the 43-acre site, Centennial will add 1,900 luxury apartments, a 175-room boutique hotel, creative and medical offices, a new parking structure, a movie theater, a lot of green space and a grocery store.

Centennial has already signed a deal with Mexico-based KidZania to anchor a 90K SF portion of the mall. The mall will also feature more than 225 retail stores, entertainment and department stores.

“The transformation at MainPlace will be implemented in phases,” Robinson said in a news release. “The first phase will encompass the addition of an engaging outdoor gathering space, a new theater and a multi-level food emporium."

Centennial President Steve Levin said during the hearing that he has enjoyed the process of getting the mall converted. Centennial acquired the property in a JV with Montgomery Street Partners and USAA Real Estate Co. in 2015 from Westfield Corp. for $1.1B.

The acquisition included the MainPlace Mall in Santa Ana along with four other malls across the nation.

"The MainPlace Mall needs this," Levin said during the hearing. "The city of Santa Ana needs this. The residents need this and the residents want this.