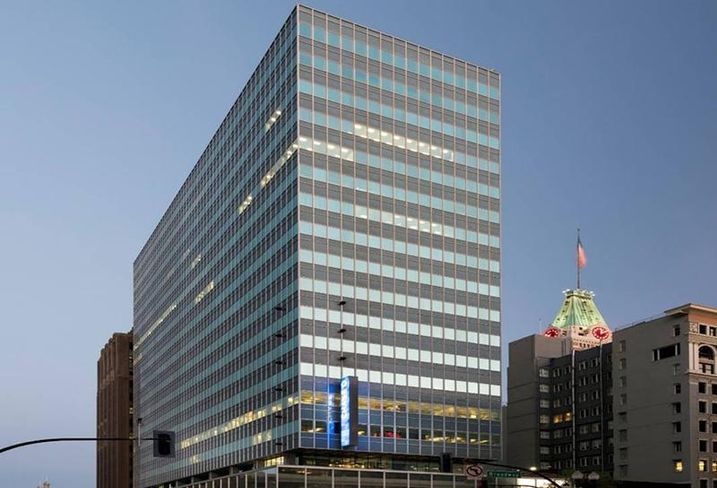 TMG Partners has sold 1330 Broadway in Oakland to KKR for about $173M, the San Francisco Business Times reports. The sale price is about double TMG's purchase price. It bought the 18-story, 320K SF office building in November 2015 for $80M and invested $30M in capital improvements.

TMG also invested in a partnership with KKR and will continue with on-site property and asset management and oversee ongoing leasing and capital improvements at the property. This building was TMG’s first Oakland investment.

“We are excited to partner with TMG in making our second investment in Oakland,” KKR Head of Real Estate Equity in the Americas Justin Pattner said in a statement. “We believe Oakland has attractive long-term secular growth trends driven by its accessibility to transit, a growing retail amenity base and a meaningful amount of residential development.”

Oakland has received additional attention from buyers in the last two years as more housing and office development is underway in the downtown core. The downtown office market is one of the tightest markets in the country.

“The renovations at 1330 Broadway allowed us to attract many new tenants in a short amount of time,” TMG Director of Development David Cropper said in a statement. “They appreciate the building amenities, direct transit access and all of the shops, cafes, restaurants and other amenities that Downtown Oakland has to offer. We look forward to adding to this solid roster of tenants in the building.”

KKR is making the investment through its Real Estate Partners Americas Fund II.

TMG recently celebrated its 33 1/3 anniversary and remains active in the Oakland office market. The company also acquired 2201 Broadway, an eight-story 198K SF office building in Uptown Oakland in 2016 for $77M. Currently, the company is entitling an approximately 750K SF office and retail tower at Grand and Telegraph avenues.