There was a time in NYC’s history when a graffiti-covered elevator shaft would only make it harder to lease space in a dilapidated building. 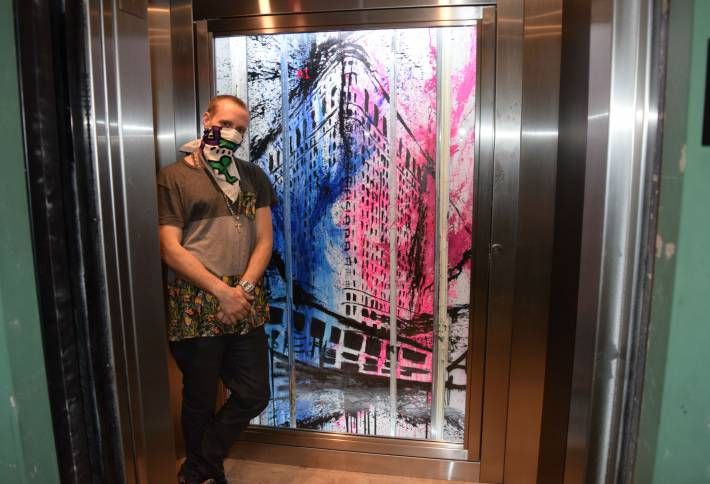 But today, in a New York far removed from its so-called bad old days, street art can be a selling point for prime office space. The Kaufman Organization is taking advantage of the trend that has seen street art develop a reputation as a unique artistic genre. With asking rents of $65/SF to upwards of $70/SF, Kaufman's going all out on its Madison Square Portfolio: four pre-war buildings, totaling 340k SF, acquired from Extell last spring. Last week, when Bisnow toured one of those Flatiron buildings, at 19 West 24th St, artist Skott Marsi (above) was wrapping up work on a series of 70 street-art pieces. Skott says he had to swing from a harness to access elevator shaft walls as high as 12 stories up. He says he put in 14-hour days to get the project done on time. 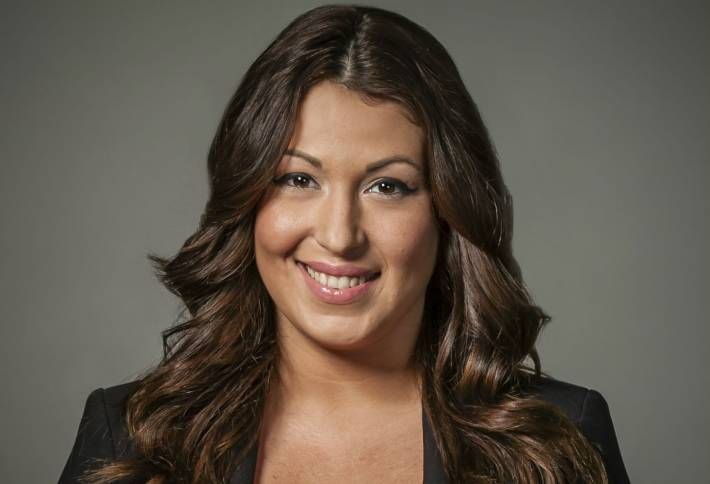 Skott's long days were worth it, says Kaufman's Jessica Kosaric (above). The street-art pieces, spray-painted in elevator shafts, are prominently displayed thanks to newly outfitted glass-walled elevator cars. Jessica, who’s on the leasing team for the buildings, says they’ve been a huge draw for TAMI and financial industry tenants eyeing spreads in the buildings. “Some ask to ride the elevator, stopping at several floors, so they can take pictures,” she says. 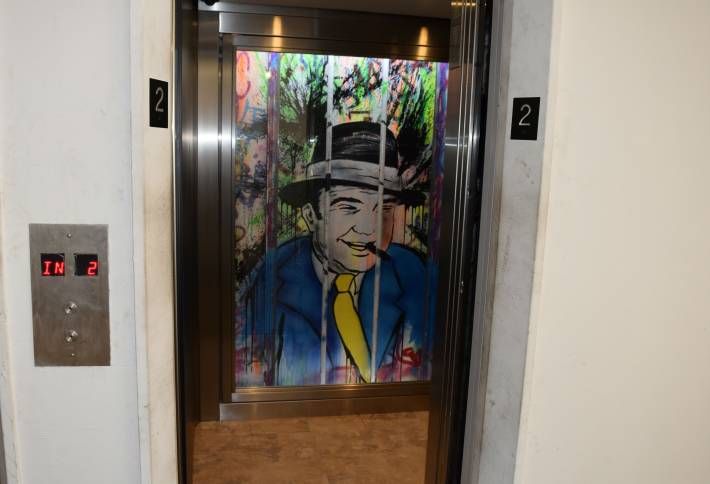 Kaufman picked up the buildings through a 99-year ground lease, reportedly to the tune of about $175M, back in April 2014. Since then, it has done gut rehabs and worked to repair infrastructure damaged by decades of neglect. The Ring Family had owned the buildings. They were part of the 14-building, roughly 1M SF Ring Portfolio. Extell wrestled all 14 properties away from the reclusive family in a deal that closed in January of last year. Two of the four buildings subsequently bought by Kaufman have been 100% vacant for at least seven years, Jessica says. And the fourth, at 157 West 23rd, went 30 years without seeing a tenant, according to the New York Post. “Once these buildings are complete, I believe they will fill up very fast, almost like a domino effect,” Jessica says. A little street art goes a long way.