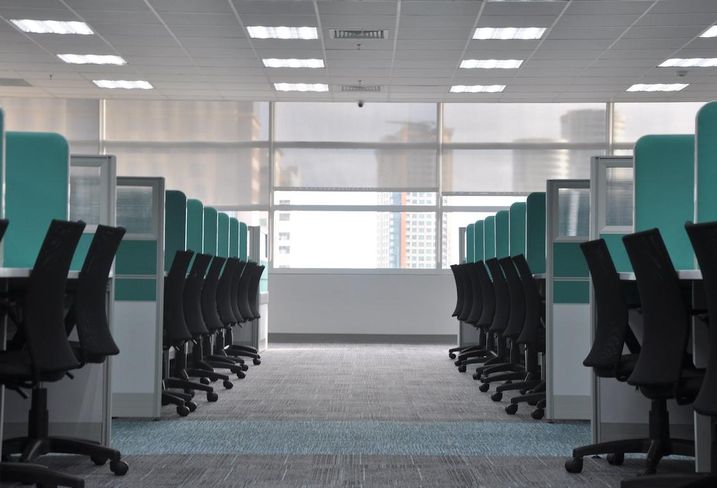 Unsplash/Kate Sade
People are beginning to question the value of office space.

The great work-from-home experiment enforced by the coronavirus pandemic may cause significant pain to the office sector for years to come.

Office vacancy across the nation could reach 19.4% by the end of the year, according to Moody’s Analytics REIS, a commercial real estate-focused subsidiary of Moody’s Analytics. That would be an all-time high, surpassing the previous record from 1991 when vacancy hit 19.3% in the midst of the savings and loan crisis. And New York is expected to be hit the hardest.

In a paper released this week, Moody's Analytics predicted the severe economic hit could lead to a 20% effective rent drop in New York City this year, the biggest predicted drop of any city in the country.

“Despite the vast amount of support from fiscal and monetary policy, if the severity of this economic downturn exceeds that of 2008-2009, then expect the office sector to suffer significantly,” the report states.

Around the world, companies have been shown both the limits and benefits of keeping workers in their homes. Proponents of the traditional office say most employees are desperate to return to the workplace. Silverstein CEO Marty Burger said on a Bisnow webinar last month that some businesses may even add office space to their portfolio in order to create more space between employees.

Still, several business leaders have publicly questioned what kind of role the physical office will play in the workplaces of tomorrow.

"Clearly, we've figured out how to operate with much less real estate," Gorman said on Bloomberg TV last month. "Can I see a future where part of every week, certainly part of every month, for a lot our employees will be at home? Absolutely."

Barclays CEO Jes Staley said last week the bank will not return to its workplace setup from before the pandemic.

“There will be a long-term adjustment in how we think about our location strategy ... The notion of putting 7,000 people in a building may be a thing of the past,” he told journalists after reporting the bank’s first-quarter profits, per Reuters.