Kushner Must Pivot On 666 Fifth Ave. After Qatari Financing Falls Through 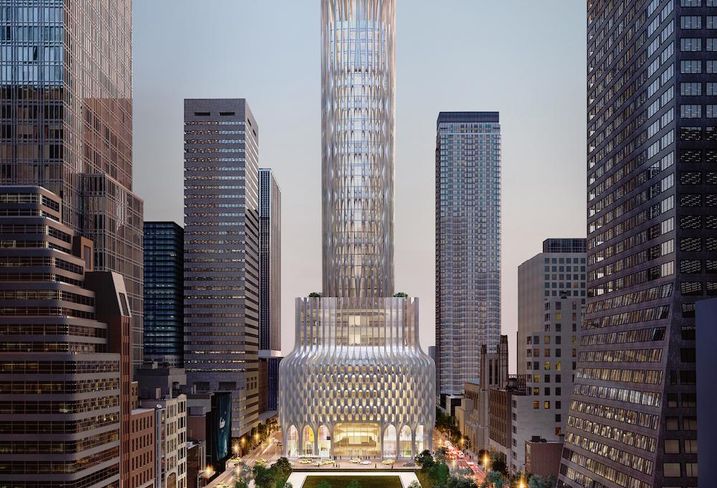 Kushner Cos. is once again back on the market for financing deals for its long-gestating plan to redevelop 666 Fifth Ave.

The company, once led by President Donald Trump's son-in-law and senior adviser Jared Kushner, bought 666 Fifth Ave. in 2006 for a then-record $1.8B. It plans to strip the building down to its steel and redevelop it 40 stories taller at an estimated cost of $7.5B. Negotiations with Sheikh Hamad bin Jassim al-Thani, former prime minister of Qatar, were recently terminated, Reuters reports.

Sheikh Hamad, who was Qatar's foreign minister for 20 years before serving as prime minister from 2007 to 2013, had reportedly agreed to put up $500M in financing for the Fifth Ave. redevelopment, contingent upon Kushner Cos. finding the rest of the money elsewhere.

Kushner officials have said that talks are ongoing with multiple potential backers for its project. The company took out a $1.2B loan to purchase the building, which it has since refinanced. It matures in February 2019.