Five Years After Sandy, NYC Has Mostly Small Fixes To Show Since Storm

It has been five years since the waters came for New York and New Jersey — five years since subway stations were filled with water, homes washed away and billions of dollars of damage were left for the Tri-State Area to repair. Progress has been made, and is still being made, but it is happening slowly. 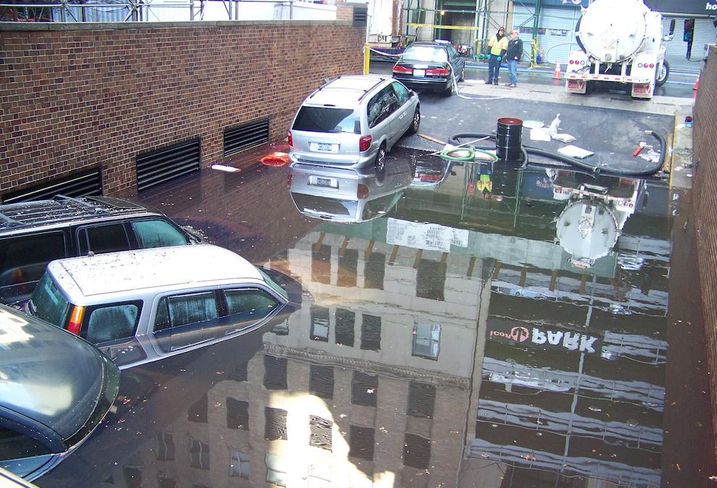 "I think we’ve done a lot and we’re doing a lot. There are still vast areas of vulnerability. At least we’re working with our eyes open. Our eyes are not shut."

Among the sectors where New York has changed the most in Superstorm Sandy's aftermath is the built environment. New buildings are starting at higher elevations, and are built with flood protections like sealed, reinforced glass, floodgates and at-grade floors designed to be flooded without damage.

In certain areas of the city, builders have raised streets several feet. Sandy flooded 363-365 Bond St. when the Gowanus Canal flooded to almost 10 feet above the area's base elevation. When Lightstone built its project on that site, for which Hill West was the architect, it raised the site, including First Street, from below the flood plain to several feet above it.

"There are some very low streets in New York," West said. "As areas get developed that are more industrial currently — and there are large areas being redeveloped —those are opportunities to replace the infrastructure." 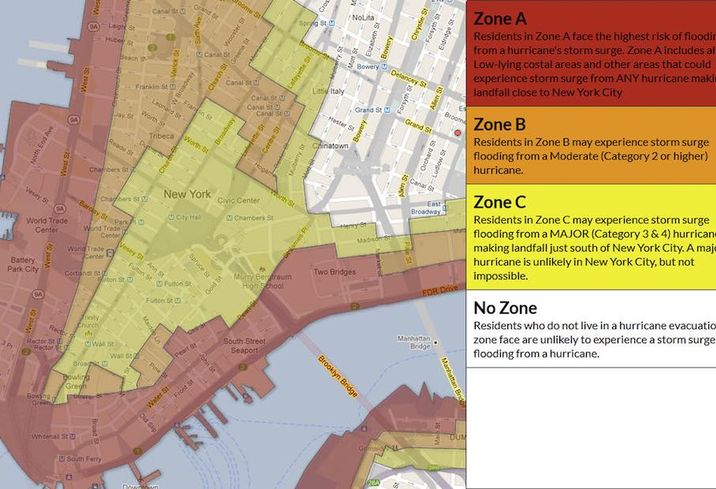 Now, 365 Bond is home to 700 apartments, more than 50 of which are affordable, overlooking the restored canal. For good measure, it also has floodgates — areas in front of the buildings that trap water before it can do damage — to protect from another instance of extreme flooding.

Larger solutions have been harder to come by. The $1.6B project to build three seawalls to protect the city against storms, as well as rising sea level, has yet to be built despite being fully funded, the Wall Street Journal reports.

That is just one example of a project planned, but there are several other measures that could be taken, or are supposed to be taken, to protect against future storms that have not yet.

"I wish the city was a little bit further along in their planning process, frankly," Alliance for Downtown New York Vice President of Research and Economic Development Josh Nachowitz said. "We’re hopeful we’re going to get the support we need, but there’s a lot of work to be done, there’s got to be real commitment from all three levels of government."

Downtown, the city has committed $100M to infrastructure improvements around Battery Park for the Lower Manhattan Coastal Resiliency Project, but Nachowitz said that does not cover the cost of the project, and progress has crept along toward funding the remainder. 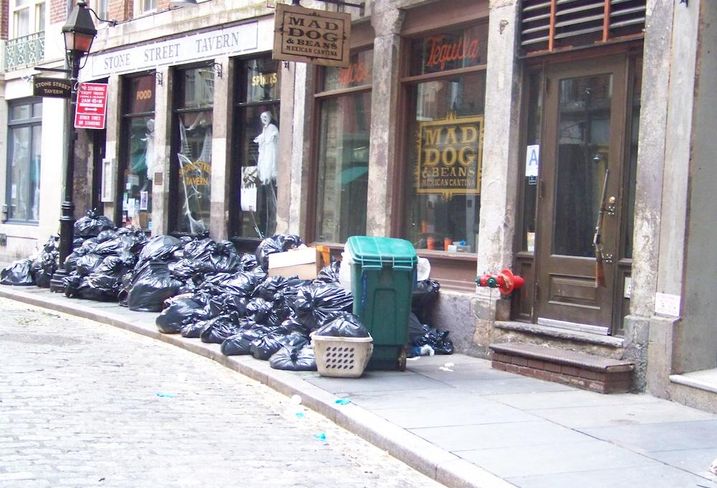 Courtesy: Alliance for Downtown New York
Garbage lined the streets of Lower Manhattan in the aftermath of Superstorm Sandy.

Instead of waiting on the city, state and federal governments to fund big-ticket items aimed at stemming sea level rise and the high storm surges that could devastate the city again, West said most of the improvements that can happen must come from individual property owners.

"Big, bold moves to protect whole areas of the city are nice, they have their place, and there are some places that it may be useful, but that’s not the overall solution to the problem," West said. "It’s going to be the individual buildings and owners."

Part of the reason Sandy was so devastating was how much of the city lost power for days. In the years since, mechanical systems have gone in well above the ground floor, and building owners are buying generators to ensure they can be back online in case of another outage or flood. West said many of these generators were purchased voluntarily, so owners could claim their building is more resilient for the next flood.

"It’s a market-driven thing," he said. "It's happening incrementally. There’s no law that says you have to immediately flood-proof your buildings. Private owners are doing it though. We talk to them and we know they’re making methodical, building-by-building upgrades. The new buildings will all be in much better shape than they were prior to Sandy."

While parts of Lower Manhattan have adapted, there are broad swaths of old buildings whose landlords cannot afford to flood-proof the property without government assistance. Nachowitz said government programs to incentivize these improvements would go a long way toward ensuring New York City's resiliency for the next storm.

Whether building owners are well-capitalized or family firms holding assets as a form of inheritance, Sandy changed the conversation around real estate in New York. For a little while.

"[Hurricane-proofing] was a popular conversation for about three [to] four months after the storm," Cushman & Wakefield Investment Sales Chairman Bob Knakal said. "Five months later, nobody was talking about it again."

The one emotional effect Sandy had for the city's commercial real estate industry is as a wake-up call. Some buildings were out of power for months, others had millions in repairs needed. Now, Williamsburg property owners are reckoning with an upcoming 15-month closure of the L train tunnel under the East River to repair leftover Sandy damage. And no one wants to be the landlord who is picking up the pieces when the next massive storm inevitably hits.

"If there’s a benefit to have come out of it, it’s changing the way people are designing and building buildings today, and I think that’s a good thing," Knakal said. "These horrific, 100-year storms seem to be occurring with more frequency. You’re spending so much money to build buildings, you want to build them in a way that can withstand a lot of damage."