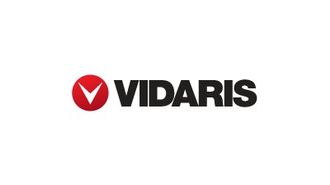 In a perfect world, owners would know everything about their buildings. But as building codes grow more stringent, building designs more complex and building systems more specialized, many owners don’t have the time or expertise to dive into the technical details of their assets. The world of specialty building consultants has emerged to bridge the gap between project stakeholders and technical knowledge.

Courtesy of Vidaris
Marc Weissbach inside one of the National September 11 Memorial fountains during construction in 2010, with Towers 1 and 7 in the background

Marc Weissbach is president and CEO of Vidaris, a technical consulting firm that helps owners ensure their assets stand the test of time. On any given day, his team of nearly 300 professionals is involved in more than 1,000 projects for roughly 750 clients around the world.

He was one of the first people Larry Silverstein brought in to help rebuild the World Trade Center, and he chairs the Construction Requirements and Materials Code review committee rewriting portions of New York City’s building code.

Bisnow sat down with Weissbach to discuss some of the defining projects of his career and where the future of technical specialists is headed.

Bisnow: How would you describe the work that you do?

Weissbach: I’m still at my first “real” job! In college, at the University of Miami, I worked in a testing and research facility. One of my professors introduced me to Israel Berger, who was leading a technical consulting firm, Testwell Craig Berger. Israel ended up giving me my first job there while I was still attending school. The company became Israel Berger and Associates in 1994 and grew into Vidaris in 2011, and I never left.

Bisnow: What was your favorite project you have ever worked on?

Weissbach: My first project out of school was one of the largest construction projects ever — Canary Wharf in London. Vidaris has no shortage of amazing projects. I’ve been spoiled.

Bisnow: How did you come to work on the new One World Trade Center?

Weissbach: On the day of the World Trade Center attack, I actually had a meeting scheduled with [Larry] Silverstein on another one of their projects on the West Side — that project obviously went on hold and was built several years later. About a week after the attack, Vidaris was brought on to investigate damage at properties surrounding the World Trade Center, including the Millennium Hotel, World Financial Center, 101 Barclay and 7 World Trade Center, with Silverstein. Our firm became a common thread throughout the reconstruction projects. We worked on the new One World Trade Center, as well as towers Three, Four and Seven, in addition to the museum, memorial and transit hub. We’ve also worked on the design for Tower Two, twice, but it has yet to move forward.

Courtesy of Vidaris
Marc Weissbach investigating damage to a building near the World Trade Center site on Sept. 21, 2001

Bisnow: If you could change one thing about your industry, what would it be?

Weissbach: When a plane has a malfunction, every airline and transportation safety board gets to know what went wrong. Real estate isn’t the same — project stakeholders and consultancies are reluctant to share their findings and solutions. Ultimately, the same mistakes are made time and time again. If we could all know what had gone wrong, we would all learn together.

Bisnow: What is something in your industry that is exciting right now?

Weissbach: Glazing. Everyone is always searching for bigger pieces of glass, clearer glass, more energy-efficient glass. We’re starting to see facades implement dynamic glazing in meaningful quantities, which lets buildings use electrical currents to dial up or dial down how opaque the glass is throughout the course of the day.

Bisnow: What are you working on outside of Vidaris?

Weissbach: I’m currently the chair of the Construction Requirements and Materials Committee for the NYC Department of Buildings. We’re in the middle of a round of updates to select chapters of the local building code as we try to align NYC’s regulations with the International Building Code, while accommodating some of the unique challenges faced in a dense, urban city such as New York. I’m working closely with the full committee, made up of members from the DOB, mayor’s office, the fire department, School Construction Authority, labor groups and others. It’s an impressive group of stakeholders.

Bisnow: Where do you see technical consulting heading?

Weissbach: Fifty years ago, it wasn’t as common to have a structural engineer working on your project. Now, you wouldn’t dream of building something without a structural engineer. As the consequences and cost of failure continues to rise, our services are becoming mainstream. When owners appreciate that buildings must last for decades, they realize how critical this type of advisory is.

Bisnow: What are your goals for expanding your work?

Weissbach: We recently acquired three different consulting firms — CBI Consulting, C2G International and Synergen Consulting International — with the goal of growing our service offerings and footprint in other markets. Both C2G and Synergen are within the dispute resolution vertical, a field that fits well into the approach we’ve always taken with projects, by combining subject matter expertise with project scheduling, economic damages and lost productivity. Our acquisition of CBI in Boston was a great opportunity to grow our footprint in a market we were already in. As an architectural design and structural engineering firm specializing in building envelope for both new and existing buildings, CBI complemented Vidaris’ service offering well. Our work depends upon deep technical knowledge, local practices and strong personal relationships.

Bisnow: What are you passionate about outside of work?

Weissbach: My wonderful wife, two amazing daughters and my dog, Buoy. I enjoy spending time outdoors with family and friends; you’ll often find me skiing during the winter and boating during the summer.

This feature was produced in collaboration between Bisnow Branded Content and Vidaris. Bisnow news staff was not involved in the production of this content.