New Neighborhood Names And The Hunt For Authenticity In Queens 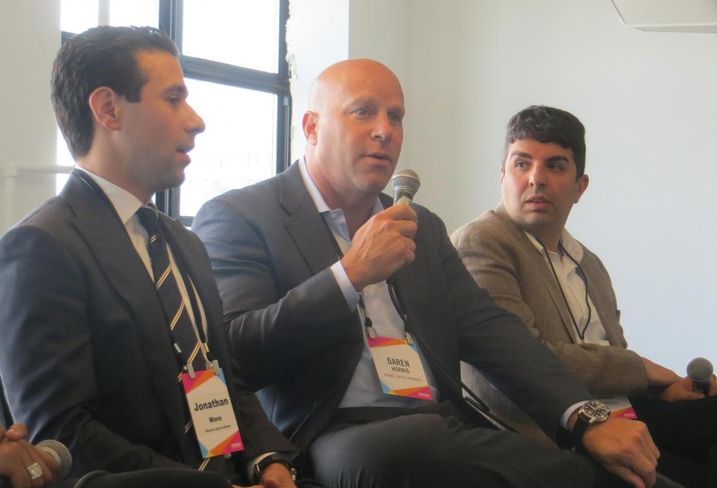 But as Queens ups its cachet—and with it, its real estate values—how will it maintain an identity that’s all its own? That theme ran through our whole event.

Newmark Grubb Knight Frank’s Brian Waterman (below, speaking, with JRT Realty’s Greg Smith and Brause Realty’s David Brause) emphasized the importance of tenant curation at The Factory, a warehouse-to-office conversion in Long Island City, where the event was held.

The right tenant mix is so important that Brian said the leasing team turned down two 300k SF users who were ready to dip their pens in ink, just because they didn’t meet the mix the landlords, Atlas Capital and Invesco, thought made sense at the roughly 1M SF converted office and light manufacturing project. 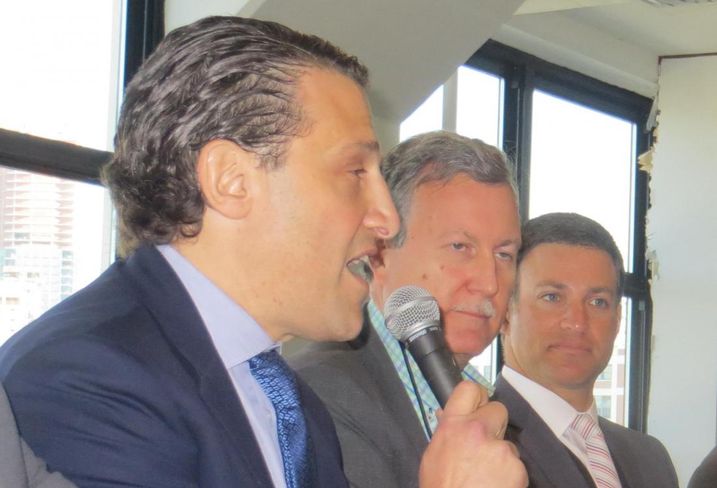 Tenants at the building, which include Ralph Lauren and J. Crew, have to be OK with walking into an elevator that looks like it could have come out of a set from Alice in Wonderland.

That’s Atlas Capital’s Jay Fehskens, below, with colleague Lesley Lisser in the massive elevator cab after the event.

(The building’s lobby also features a sculpture of a mangled school bus—made from an actual school bus—growing claws out of its roof.)

Panelists lightheartedly butted heads on the question of which parts of the borough score cool points and how to harness those points with their projects.

Daren, who is developing a 67k SF warehouse-to-creative office project in Ridgewood, used the term “Ridgewick” to describe the area around his project, in the borderlands of Bushwick and Ridgewood.

But not everyone who spoke was feeling it.

“Can we stop using those names?” Jay asked rhetorically, to robust audience laughter. 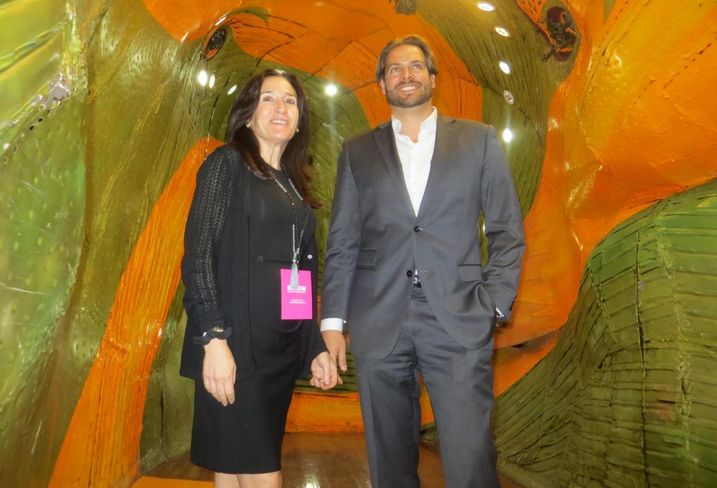 That a consensus is hard to find on how to market commercial real estate in Queens shouldn’t come as a shock; one study pegs it as the nation’s most diverse urban county.

But parts of Queens are notable for their homogeneity. Eric, who’s marketing a condo project in Flushing, said 99.99% of buyers are Chinese, and that, by his guess, the remaining .01% are Korean.

While it isn’t often discussed as a “hip” part of town locally, Flushing may have that reputation in China, as F&T Group president Michael Meyer noted. 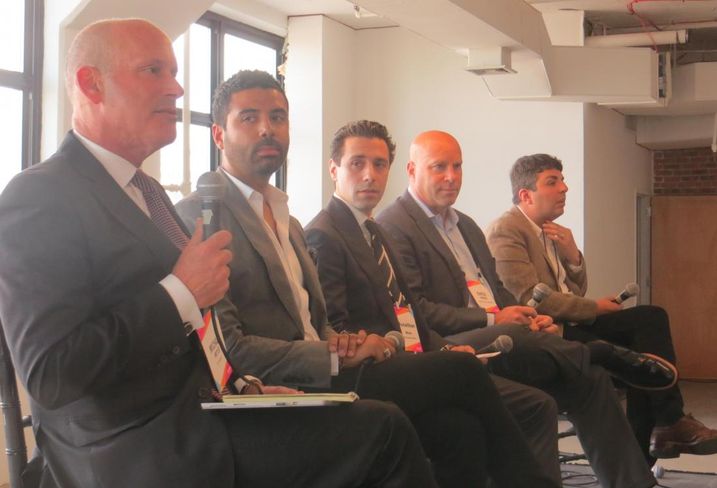 “Flushing does have a cool factor,” said Michael, with the mic. Douglas Elliman’s Rick Rosa is to his left, with Jonathan, Daren and Eric.

Michael pointed out that initiatives that began about 12 years ago under Mayor Bloomberg spurred a redevelopment plan that helped make the area a destination for hotels, nightlife and new condo development like F&T’s Flushing Commons project.

“It has caught fire,” he said. “And you can’t separate that from the influx from Asia.”

It may not involve warehouse conversions or weird art, but in Flushing, too, there are sensibilities that must be catered to. One form they take, Michael points out, is that the mindset of Chinese immigrants in the area is to buy, and almost never to rent.

It holds true even when it comes to retailers, who almost always operate out of retail condos in the neighborhood, rather than renting space. (Michael points out that at Flushing Commons, the retail is for rent, but only because of an agreement with the Economic Development Corp that doesn’t allow the project to offer retail condos for sale.)

Daren, who spent his early childhood in Flushing, shed light on the importance of developers staying in their element when he shared an anecdote from a deal he recently looked into in the neighborhood.

“My partner and I were talking to the guys about the deal, and the word ‘feng shui’ came up,” he recalled.

“You need to know what you’re talking about with the demographics in that area, and if your feng shui is off, from what I’m told, you’re not selling anything.”

And that was the end of that deal. 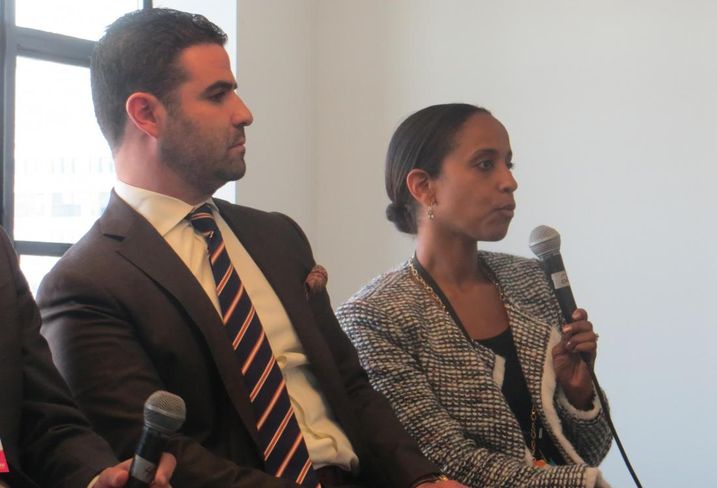 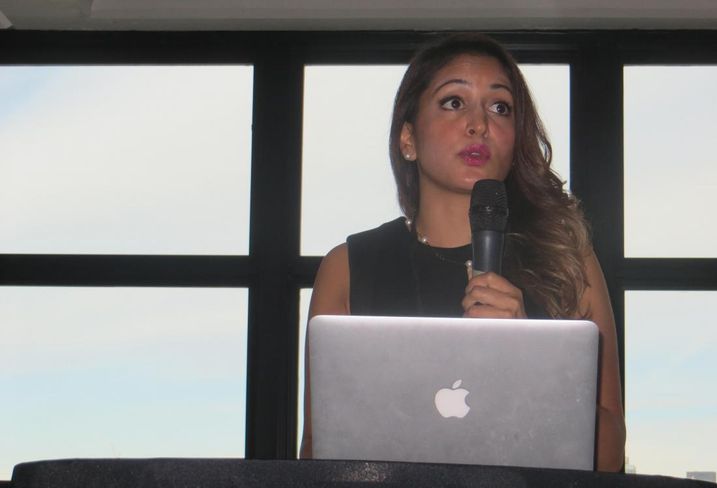 Jamaica Center BID executive director Rhonda Binda gave a keynote on development and investment in Jamaica. After the event, a bus took attendees on a tour of the neighborhood. 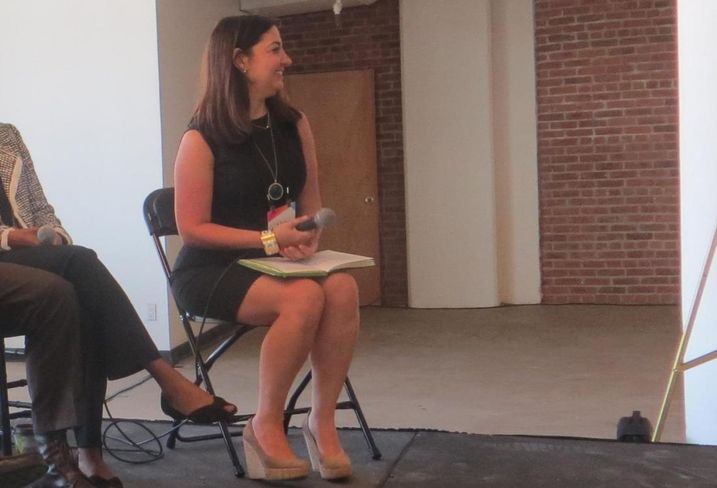