Out From Under The Shadow Of NYC, Upstate New York Sees CRE Renaissance 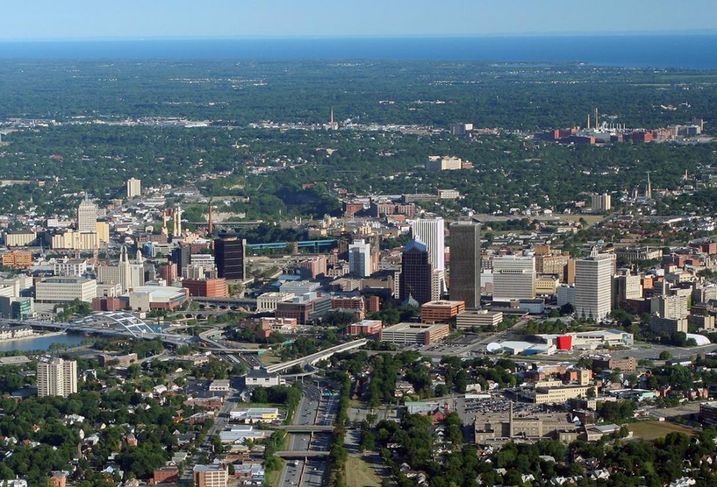 Gateway cities like New York continue to be major job centers, which fuels increased development across asset classes like multifamily, office and retail. But beyond the major urban centers, smaller cities have grown at an equal pace.

Following the Hudson River north from Manhattan — even taking a left turn at the Erie Canal — investors and developers are finding new opportunities in growing upstate urban hubs like Rochester, Albany and now Buffalo.

“We have never seen inventory for purpose-built, market-rate, Class-A housing at these levels,” Buffalo-based Hunt Real Estate Capital Director Zach Casale said. “There has been a huge void in the market, and now those 1970s, suburban, garden-style apartments are being replaced with the downtown redevelopment you typically see in large cities. We are 10 years behind the cycle in places like Brooklyn and Seattle, but we are starting to catch up.”

As a producer of loan originations across upstate New York, Casale has seen cities like Rochester undergo a renaissance in commercial real estate development, caused by the prominence of its research universities like the University of Rochester and the Rochester Institute of Technology.

Upstate New York saw a brain drain when the decline of Rust Belt cities in the 1980s sent the young and educated to New York City and points south. Declining manufacturing jobs from former heavyweights like Eastman Kodak and Bausch & Lomb have since played a role in shifting the employee demographic from factory jobs to laboratory ones, backed by the presence of a research university.

While the University of Rochester has a student population of over 11,000, it employs 23,000 faculty and staff, making it the largest employer in the Greater Rochester area.

It is this worker population that drives the continued growth of the city, by encouraging developers to build housing, office space and retail to accommodate their needs, Casale said. For students, investment in building a world-class research institution can encourage them to stay for several years, even a decade, to complete advanced degrees and hold jobs in the area. 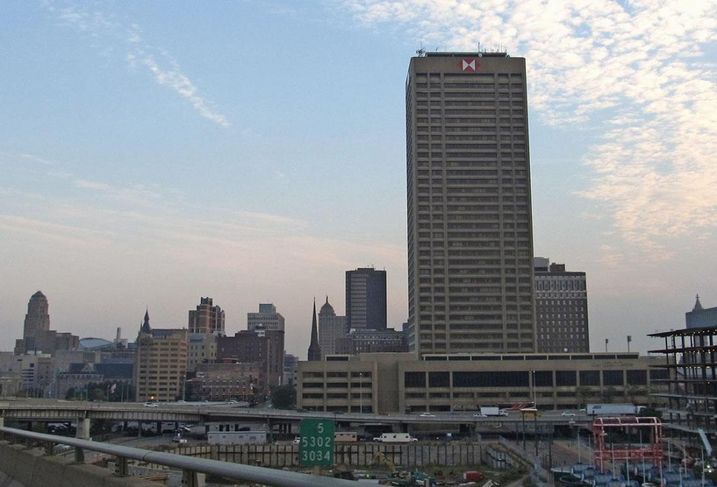 Buffalo and Albany are following Rochester’s example, leveraging the State University of New York system to create jobs and encourage increased enrollment through discounted education programs. The University at Buffalo’s 2020 plan, for example, is a multiyear investment strategy for the university to invest in innovation and rigor throughout academic curricula, as well as regional and state economic development.

Consequently, the number of college graduates in the Buffalo area increased by 34%, Nation Swell reported.

“Buffalo and Albany are finally following Rochester’s model, where they have invested heavily into research and development in conjunction with their university system,” Casale said. “People have always talked about the loss of manufacturing jobs, and now those jobs have been replaced by high-level research and development positions directly associated with universities.”

With many SUNY campuses and potential employers either within or close to these central business districts, real estate developers have shifted their attention from the suburbs to the downtown core. This shift can be observed in Buffalo’s downtown leasing market, which saw increased activity among Class-A product, CBRE reported. Buffalo’s CBD Class-A office space absorbed over 38K SF, and overall the submarket’s vacancy rate fell 0.3% to 14.4% in Q4 2017.

As more people head downtown, there has been a shift in retail in line with trends across the U.S. Retail vacancy rates in areas around Buffalo, Rochester and Syracuse have risen to 11.3% in 2017, a 1% increase from the year prior, CBRE reported. The closure of several major mall anchors was a driver behind the rise in vacancies. But within the downtown submarket, retailers have taken advantage of the influx of young professionals into the CBDs.

“We are seeing ground-up development like we have never seen before, but from 2010 to 2015, most of that was adaptive reuse, utilizing various incentives like tax credits or public-private partnerships,” Casale said. “Now, because those properties have been picked up, we see residential, Class-A construction at a larger scale.”

The 13-acre, $48M The Forge on Broadway broke ground last year and plans to bring 159 apartments and 25 townhouses to the market. Among the rental units, 80% will be reserved for residents earning 60% or less than the area median income for a family of four, Construction Dive reported.

While still early in upstate New York’s development boom, demand for affordable housing remains high. In keeping with the growing shortage across the U.S., rents in Buffalo rose 12.8% year over year in 2017, Buffalo Rising reported. 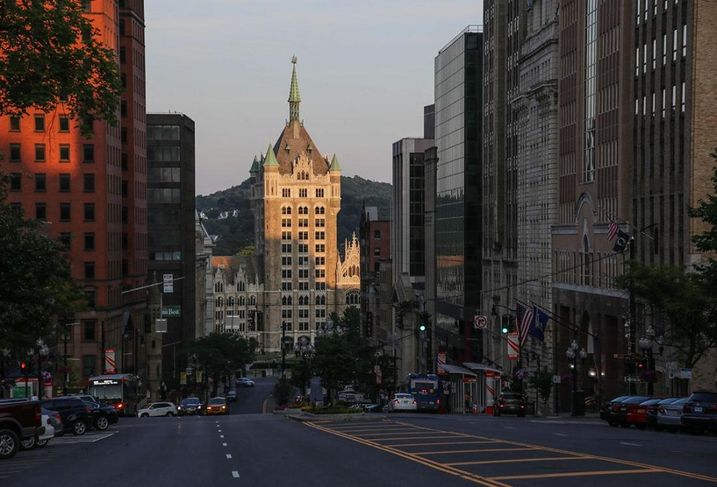 “One good thing about upstate real estate in terms of cap rates is that while we are more conservative, there are very few defaults and the real estate is very stable,” Casale said.

This stability has drawn the attention of a few out-of-state investors and larger investment firms, but CRE development remains mostly in the hands of locals.

“Most of our developers and investors are coming from generational real estate wealth that has already made its mark,” Casale said. “There have been a few new student housing projects in some areas that have been sold to bigger investment groups chasing yields, but there has not been a big influx of REITs and large groups. It is still mostly local investors and developers.”

As more people head upstate to seek out a higher quality of life and more affordability, more investors will see the potential of the area, Casale said.

This feature was produced in collaboration between Bisnow Branded Content and Hunt Real Estate Capital. Bisnow news staff was not involved in the production of this content.