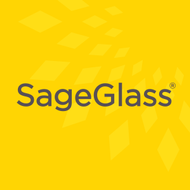 The Future Of The Office Isn’t Just Touchless. It’s Intelligent

Doors that swing open and elevators that know who just walked in. Lighting and windows that dim and brighten with the tap of a smartphone. As office owners and employers alike search for ways to safely return employees to the office, they are eyeing contactless technologies that promise a workplace of the future where employees can breeze in and out without touching a thing.

According to real estate technologists, though, touchless tech is only a stepping stone on the way to something greater: intelligent offices. Artificial intelligence will be the next leap in office tech, as it learns the routines and preferences of office occupants and constantly optimizes energy usage and occupant comfort.

“The promise of AI is always to make our lives more convenient,” said Leo Su, a product manager at SageGlass. “But this year, with COVID, the need for technology is more prevalent. Being touchless is not just a convenience. It’s a matter of safety and public health.”

At SageGlass, Su helps devise the software that controls the company’s flagship product, dynamic glass, which tints on command and in response to light and heat conditions. The company is part of a growing ecosystem of service providers for the built environment that are seeing a boost in interest because of their touchless capabilities.

SageGlass’s technology is inherently touchless. Because its windows can be programmed and controlled from personal computers and even smartphones, they eliminate the need for office workers to physically open and close blinds or shades multiple times a day. Automatic tinting means no window treatments for cleaning crews to sanitize and less movement around the office, making for a safer, healthier environment.

“We’ve already made the first, huge leap, which is being able to control the light getting in with a smartphone app rather than having to get up and walk across the office,” Su said. “But it’s another leap for that window to know your preferred light levels and tint itself in response to weather and the changing seasons.”

Su is pushing to make his product better and more intelligent for all of its users. The next step, which the company will be rolling out soon, will be voice-operated commands, which will let the window be truly touchless, without even the need for a user to have a smartphone. Su’s final goal is to integrate the dynamic glass tinting with AI that learns office occupants’ habits.

Whenever an office owner installs SageGlass windows, Su’s team creates an algorithm for optimal daylight based on the building’s shape, its surroundings, the weather and the time of year. But because the goal is human comfort, office occupants can override the settings to make sure they are getting the greatest benefits of reducing heat and glare.

“Say that every day at 7:30, our system notices that John in marketing sets his window to full tint,” Su said. “That suggests that the algorithm we built to optimize daylight needs tweaking. An intelligent system will learn that and adjust itself accordingly.”

Courtesy of SageGlass
The view from Saint-Gobain North America headquarters in Malvern, Pennsylvania.

The real benefits of artificial intelligence for the built environment will arrive as various smart building systems begin to interact with each other and optimize themselves in unison. Some forward-thinking building owners have already invested in a building management system or building automation system, a nexus for controlling every aspect of a building, from HVAC, lighting and utility use to access control, elevators and emergency response systems.

Integrating smart building systems can mean benefits for occupants and landlords’ bottom lines. If a user instructs SageGlass’ windows to go to full tint, reducing the heat input to a room, a BAS can immediately alert its HVAC systems to slow down on cooling, lowering utility bills and making for a more comfortable interior temperature.

“We at SageGlass are very proud of our work and product, but we recognize that we exist as a small part of a whole universe of smart building technologies,” Su said. “But if we can push ourselves to be more intelligent, to make our buildings healthier and more sustainable, we hope we can inspire every part of the industry to do the same.”

This article was produced in collaboration between SageGlass and Studio B. Bisnow news staff was not involved in the production of this content.

SageGlass
The pioneer of the world’s smartest electrochromic glass, SageGlass® is the ultimate connector between the built and natural environments. SageGlass tints on demand to optimize daylight, reduce glare and manage heat – all while maintaining unobstructed views of the outdoors. With SageGlass, architects and building owners can improve occupant comfort and reduce energy demand in buildings. As a wholly owned subsidiary of Saint-Gobain, SageGlass is backed by more than 350 years of building science expertise
Confirmed! You are subscribed to the Bisnow National E-Newsletter.
Most Read Stories
More Top Stories
Bisnow National Newsletter
Bisnow National Newsletter