Sink Or Swim: How 13 Retail Segments Will Survive The E-Commerce Onslaught 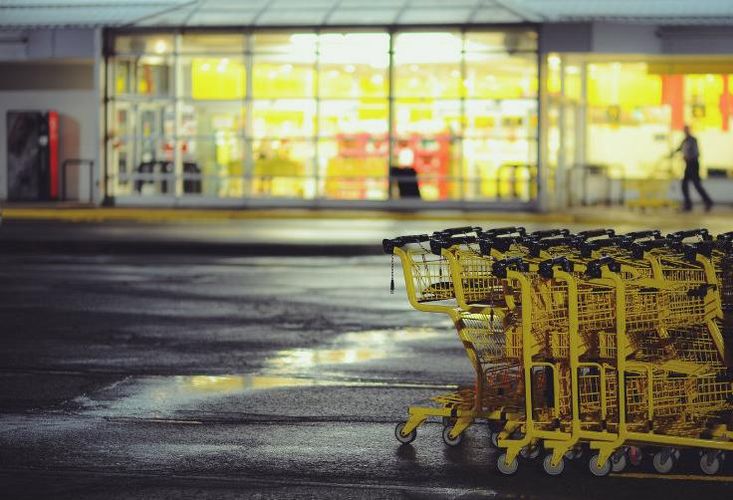 It is the survival of the fittest in the retail sector. Only those best positioned to embrace consumers’ changing shopping patterns and accommodate e-commerce will survive the seismic shift.

Bisnow dissected JLL research on how 13 retail categories are handling the pressure, and whether they will successfully make the shift online. 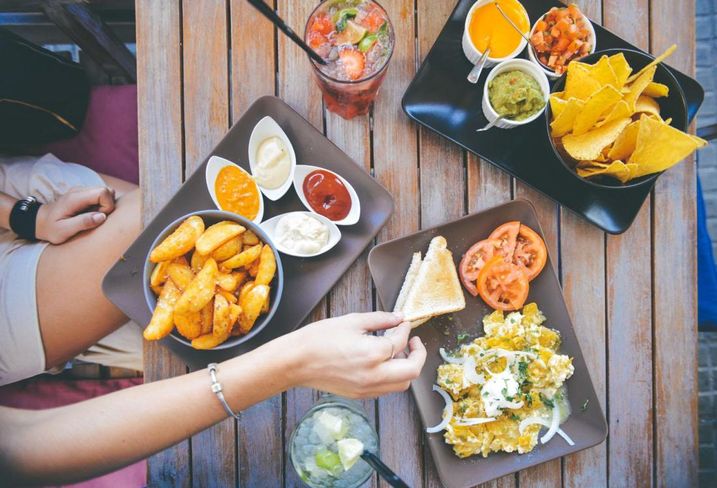 Restaurants are among the few retail segments that will not be upended by e-commerce. Although platforms like Uber Eats and Yelp Eat24 are delivering restaurant food to homes and could have an impact down the road, consumers still enjoy eating out. Mall landlords are increasingly embracing food and beverage tenants to diversify their tenant mix and offer shoppers a relaxing environment in which to dine, drink and socialize. 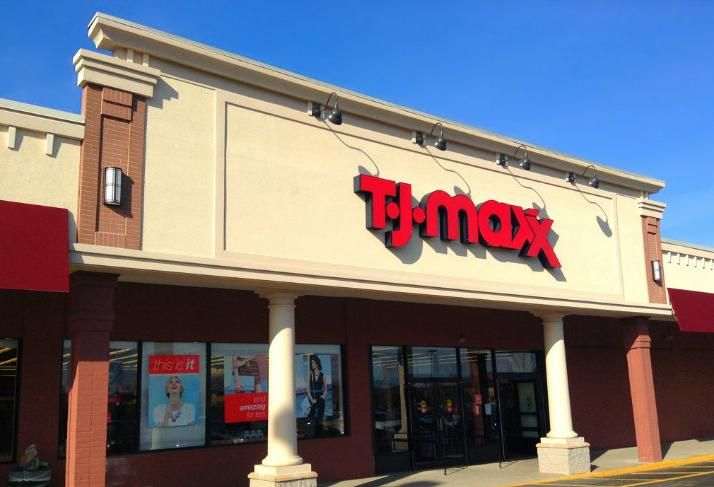 This segment, which includes concepts like TJ Maxx, Marshalls and Ross, continues to see strong in-store traffic and store sales. The discount retailers appeal to value shoppers like millennials.

All three of the above-mentioned retailers have announced store expansions in the past year, according to JLL, and will benefit going forward from a strong physical footprint. 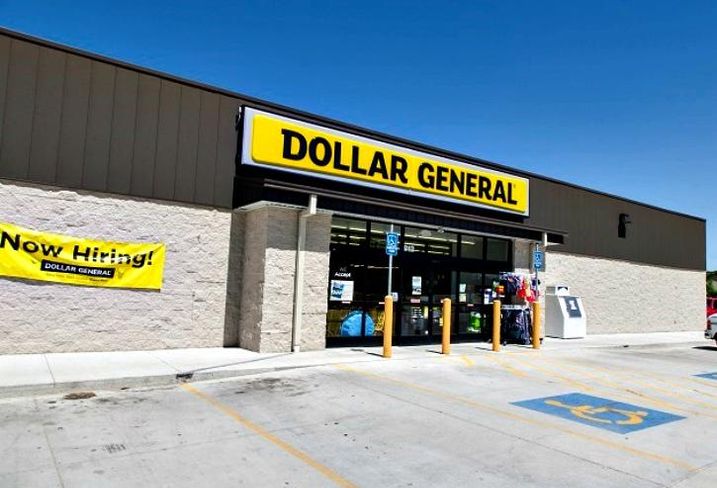 Photo: Courtesy of The Boulder Group

These value stores are all about convenience, and their strength lies in their physical footprint. E-commerce penetration for these outlets is all but nonexistent, which makes sense considering the high costs associated with online delivery. These retailers would have to up their prices to sell products online en masse. Dollar General is pursuing an aggressive store expansion and plans to open 1,000 new locations by the end of the year. 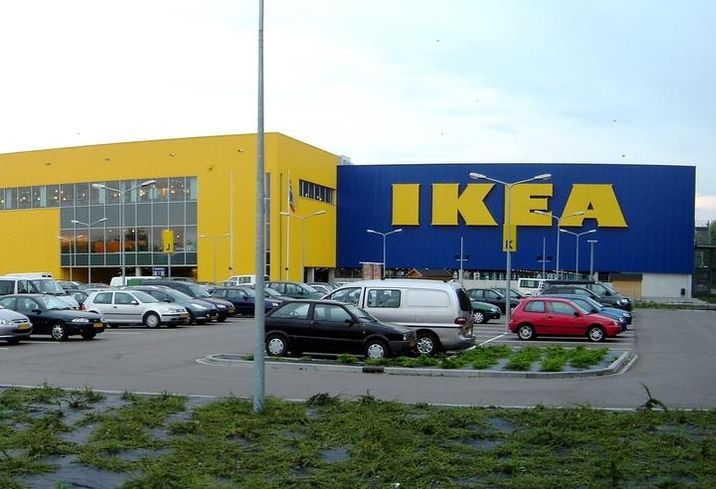 It does not matter how much virtual reality and augmented reality tech these furniture stores embrace, consumers still need to touch, feel and try out major furniture purchases in person.

That is not to say that ordering these bulky products is not an option online. Shipping and delivery options have steadily improved in this segment, making online delivery all the more appealing to consumers. But sales in this category are predominantly made in stores with the help of sales associates. JLL predicts this retail category will continue to straddle the fence between physical and online sales. 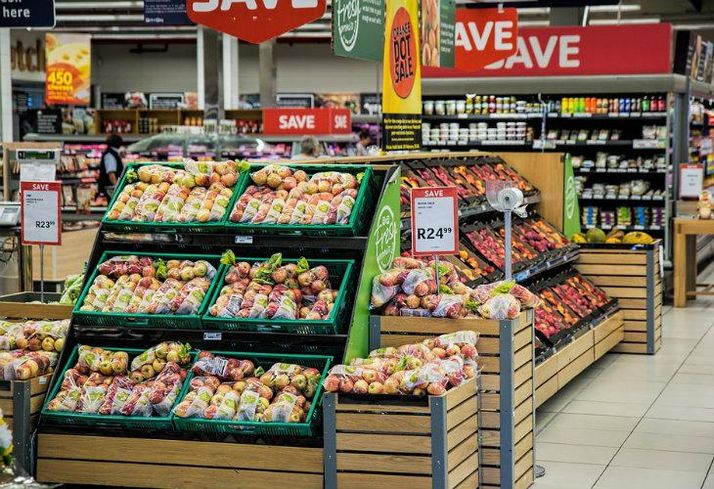 Thanks to the rise of fresh food delivery outlets like AmazonFresh and Instacart, and major retailers like Walmart expanding into the online-to-door grocery delivery business, the grocery category has become increasingly omnichannel — meaning retailers in this category will benefit most from an online, physical and social media presence.

Fierce competition from online players and new players in the brick-and-mortar sphere, like Aldi and Lidl, will force major grocers to increase their online offerings. Smaller formats may be forced to consolidate their space to survive the heat. Nevertheless, JLL’s research finds that 93% of consumers still prefer to buy their food at a store, largely due to the need to touch, feel and smell the product before purchasing. 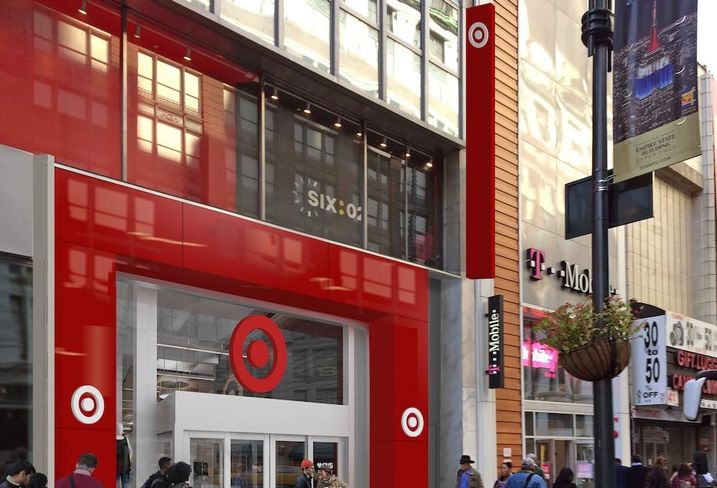 The Targets and Walmarts of the world benefit from a wide variety of products — spanning from groceries to clothing and furniture options — and low prices. This segment experienced a 0.2% jump in same-store sales growth last year, according to JLL, and have been working to grow their omnichannel presence. Consumers still prefer the convenience of purchasing an array of products in stores at big-box discounters, although these retailers are also increasing their online presence. 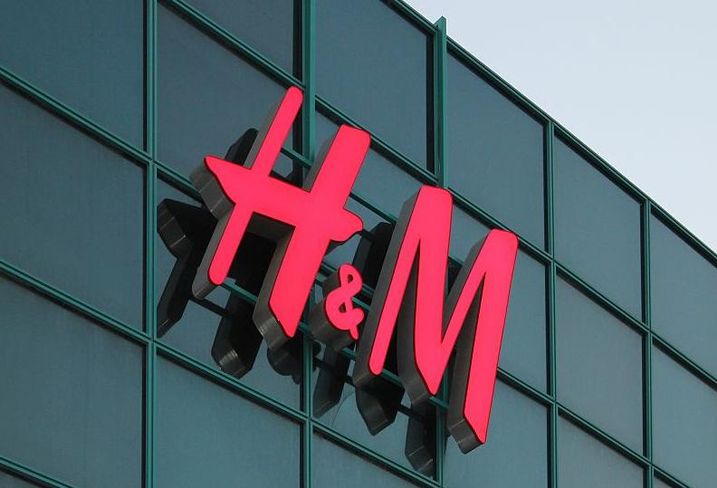 The rise of fast-fashion apparel and accessory concepts like H&M and Forever 21 have put increased pressure on apparel chains. Retailers like American Apparel, The Limited and Wet Seal have suffered greatly from slumping same-store sales, a drop in foot traffic and an abundance of store closures and company bankruptcies, exacerbated by aggressive competition from retailers in this segment.

Apparel purchases are shifting online, JLL reports, with 76% of all apparel purchases now made in stores. Still, these fast-fashion concepts benefit from a bricks-and-clicks presence. 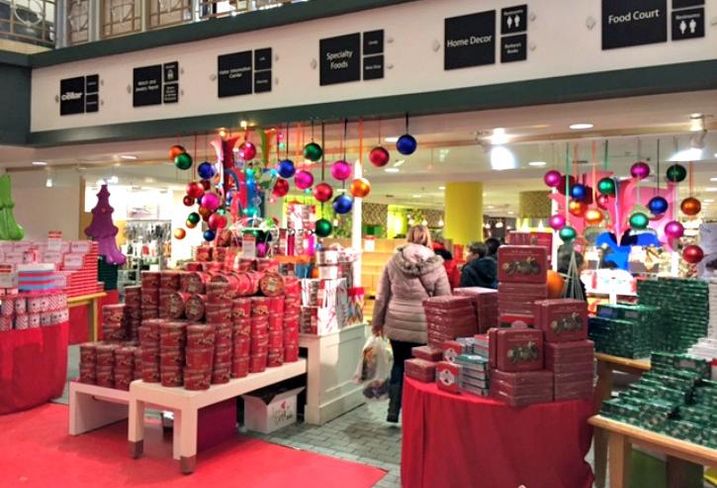 Department stores have been the poster child of struggles during this time of change in the industry. Concepts like Macy’s and JC Penney’s are experiencing major competition from specialty shops and one another — JLL noted brands usually have a 40% overlap in the products offered. Same-store sales in this category fell 4.5% last year and e-commerce sales have reached 13.3%. 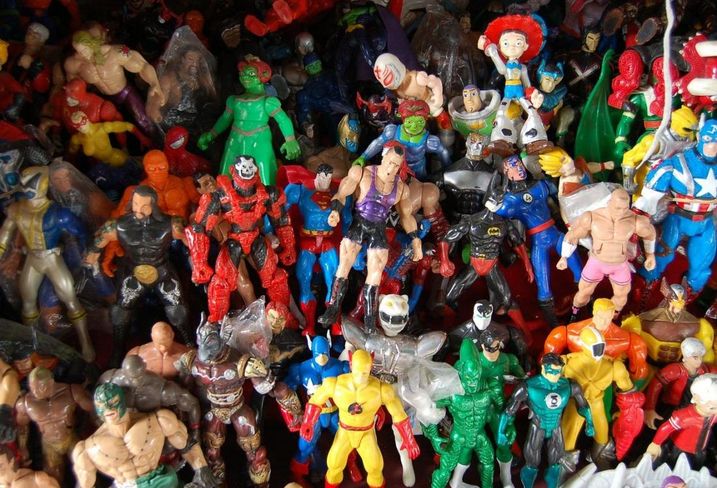 A large portion of toy sales have moved online. Between 2015 and 2016, online toy sales have jumped 16%. Shipping continues to be a major factor in this segment. Most time-conscious parents shop online out of convenience, but if shipping costs get too high they are quick to empty their virtual shopping carts, JLL reports.

This sector has suffered from declining sales as of late due to aggressive competition from big-box stores with cheaper prices. Earlier this month Toys R Us filed bankruptcy. The announcement caused a tremor in the market as consumers worried how this would impact the world’s largest toy store chain with the holiday season fast approaching. 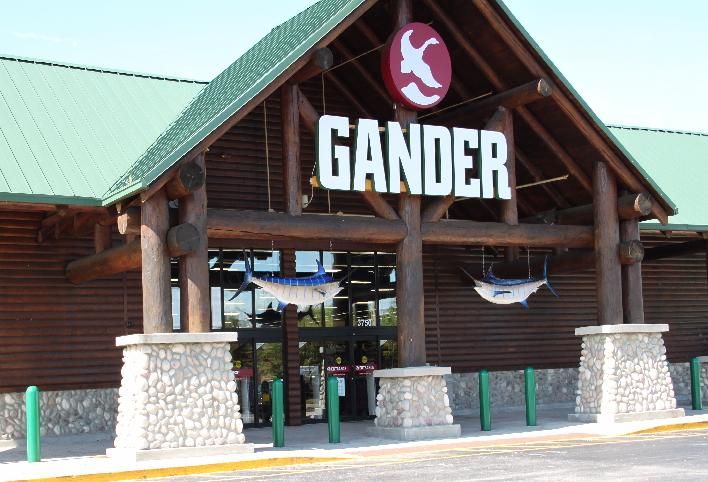 Mass merchandisers like Target and Walmart have been this segment's undoing, as has increased competition from retailers shifting their sporting goods products online.

JLL reports that 56% of this sector’s sales are made online, though these sales are often going into the pockets of mass merchandisers. So far this year, five sporting goods brands have shuttered a collective 207 locations: Mc Sports, Golfsmith, Gander Mountain, Eastern Mountain Sports and Bob’s Stores. One of the few thriving retailers in the market is Dick’s Sporting Goods, which is planning to expand its footprint by opening 60 stores this year. 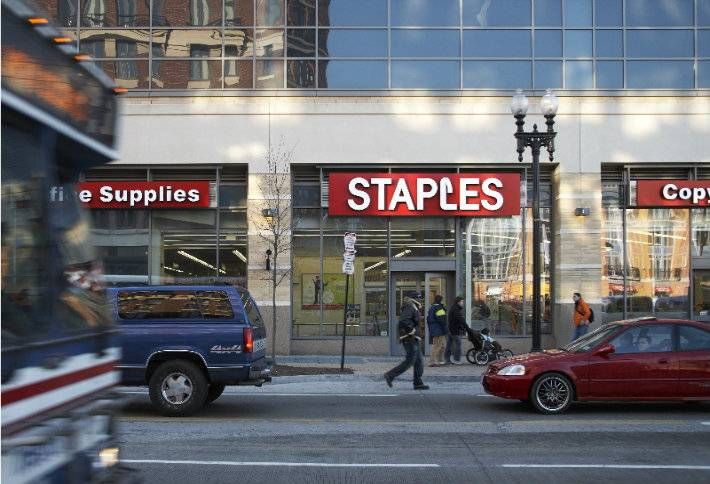 Consolidation and closures have been the name of the game in this category, like the $17B merger between Office Depot and OfficeMax that was finalized in late 2013. Office supply giant Staples also recently sold to private equity firm Sycamore Partners for $6.9B after a failed attempt to merge with Office Depot.

These stores are increasingly shifting their sales online, and JLL predicts this will persist as M&A activity remains strong in the segment. 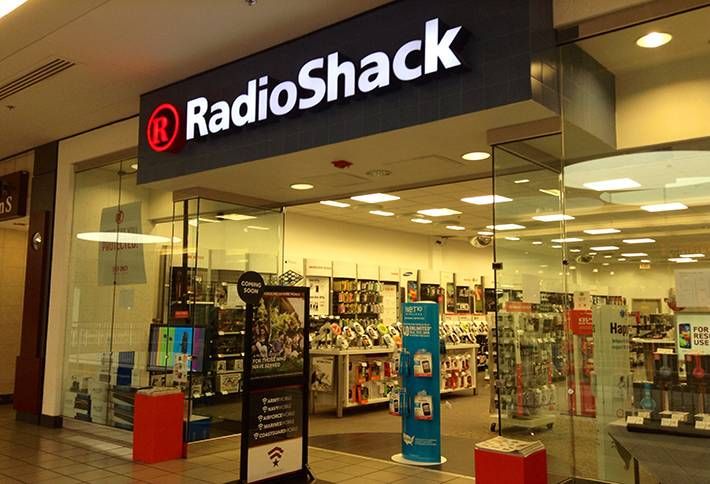 Many look to RadioShack, which has struggled and shrunk, as an example of how electronics stores are faring. For the most part that assessment is right, according to JLL’s report.

Electronic stores’s retail sales fell 5.9% last year, and e-commerce penetration jumped 9.5%. But according to JLL’s survey, only 33% of consumers prefer to shop this way, as shoppers still prefer to test their electronics products out in person before making the more expensive purchases. 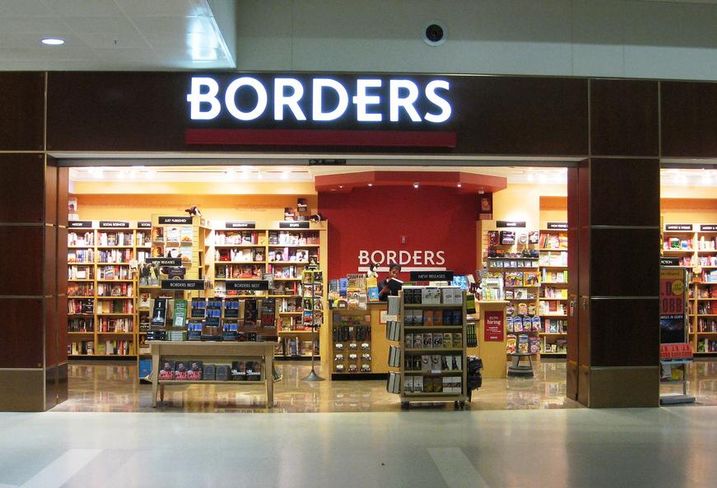 This segment has suffered greatly at the hands of smartphones, Kindles and other electronic devices that allow users to download e-books. Take the death of Borders as an example. Those players that still have a brick-and-mortar presence are increasingly moving online, and JLL estimates 24.8% of this categories' sales occur online. Still, the resilience of mom-and-pop and independent bookstores cannot be ignored.