From Popcorn To Pews: How Movie Theaters Are Finding Other Sources Of Revenue

On Sunday, Senior Pastor Jeff Jones at Plano, Texas-based Chase Oaks Church delivered his weekly sermon. But not all of his 6,000 members sat within the pews of the main church.

Some 450 Chase Oaks parishioners watched Jones deliver his weekly message in the same seats that hours before were filled with audiences watching "Black Panther" at the B&B Wylie 12 movie theater in Wylie, Texas.

Welcome to the new world of the movie theater. 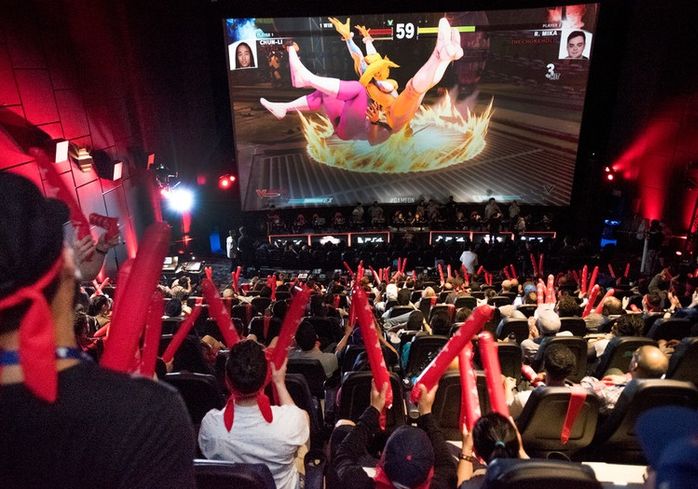 Movie theater chains have been expanding their services to include a wide range of uses, from services for startup churches to corporate events and video game tournaments. In doing so, theater operators are aiming to boost alternative streams of revenue away from just ticket and concession sales, experts say.

For theaters, costs of doing business have only steepened in recent years, with taxes and labor costs going up. Plus, many theater chains have invested heavily in more luxury amenities, like cushioned reclining seats, improved food and beverages, higher-grade sound systems and digital projection.

Add in the cost of distributing a film for Hollywood, and some theater chains are striving to find ways to grow revenue outside of movie ticket sales, New York University professor Bjorn Henson said. Henson is the clinical professor at the Jonathan M. Tisch Center for Hospitality and Tourism at NYU.

“Selling popcorn at $8 a gallon isn't enough,” Henson said. “These businesses [are] certainly looking for opportunities to improve economics.”

While movie theaters in both the U.S. and Canada have seen gross ticket sales increase since 2000, in recent years, theaters have seen box office grosses falter as a result of increased competition from streaming services like Netflix. Gross box office revenues shrank in 2017 to just over $11B, from $11.38B in 2016, according to data compiled by Statista.

It did not help that Hollywood produced a number of box office flops in 2017, such as “Baywatch” and “Valerian and the City of a Thousand Planets,” Variety reports. But a bigger shift has also taken place in the industry, with Netflix debuting first-run movies on its streaming service versus planting them in theaters.

“It’s not a sea change, it’s a tsunami,” Exhibitor Relations analyst Jeff Bock told Variety in December. “The tide has moved against movies. They used to be the hub of what entertainment is, but that core has shifted to streaming and television. Back in the day people talked about ‘Back to the Future’ or ‘E.T.’ when they talked about entertainment. Today, it’s ‘Stranger Things’ or ‘Game of Thrones.'”

Toronto-based Cineplex Entertainment spokesperson Sarah Van Lange said theater chains are hobbled by Hollywood studios having little control over the quality of the movies that they produce.

But Cineplex — the largest movie theater chain in Canada with more than 160 theaters — is enhancing revenues at its theaters through a variety of other means, including hosting corporate events and meetings, offering live broadcasts of the Metropolitan Opera and even Sunday Night Football through a recent agreement with the National Football League.

One of Cineplex's newest sources of revenue is video games. In 2015, Cineplex purchased an 80% stake — or some $10M — in WorldGaming, a platform that hosts live video game tournaments featuring titles like Call of Duty. In turn, Cineplex invested an additional $5M to create a new esports league that operates at its theater chain throughout Canada, Fortune reported.

Esports is a growing segment of the industry. In 2017 alone, esports earned nearly $700M in revenue, with product brands spending more than $500M in sponsorship and ads, according to Statista.

“[Esports] is followed as well as professional sports are. It's hugely entertaining,” she said. “And they're playing for huge money.” 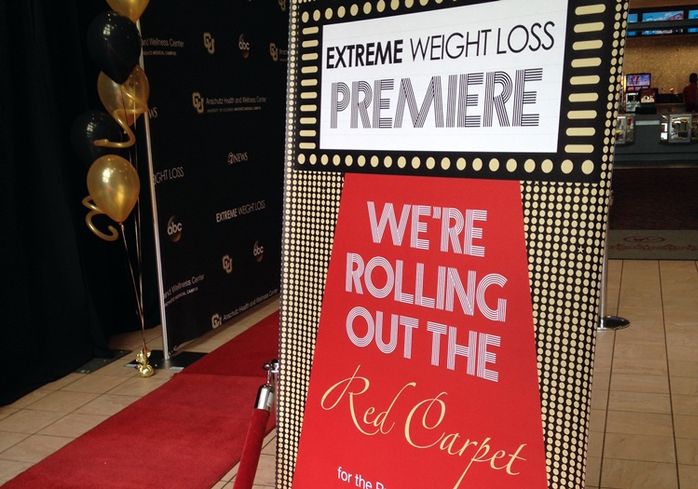 Courtesy of Regal Entertainment Group
In 2014, the Anschutz Health and Wellness Center hosted an event at a Regal theater in Denver.

Alternative content at movie theater chains is not a new phenomenon, the National Association of Theater Owners Vice President Pat Corcoran said. For most theaters, hosting events is a way to get revenue on its theater spaces during times when they typically see a lull in movie attendance. Think Mondays through Thursdays during the morning or very early afternoon.

For theater chains, the advent of more elaborate sound systems, plus the switch to digital films, has led the way for the chains to host events more easily.

“We've seen a lot of growth since the movie theaters went to digital projection,” Regal Entertainment Group Director of National Sales Barry Brown said. “Companies are producing an enormous amount of content. I think the technology in and of itself ... is lending itself really well for movie theaters. From our standpoint, it's a great source of ancillary revenue to our theaters.”

Five years ago, Regal hosted 9,000 events across its chain. Last year, the number of events blossomed to 15,000, Brown said. “It continues to grow year over year,” he said. “Through our meetings and events group … we supply some more stability that isn't dependent on movies.”

For companies, theaters not only allow them to port presentations easily onto movie screens, but companies can also simulcast presentations to multiple theaters in other states that allow other company divisions elsewhere to participate without the expense of travel, Meeting Tomorrow Senior National Account Executive Nicole Ottolina said. Meeting Tomorrow is a professional corporate event management firm that works with Regal.

Amen! And Pass The Popcorn 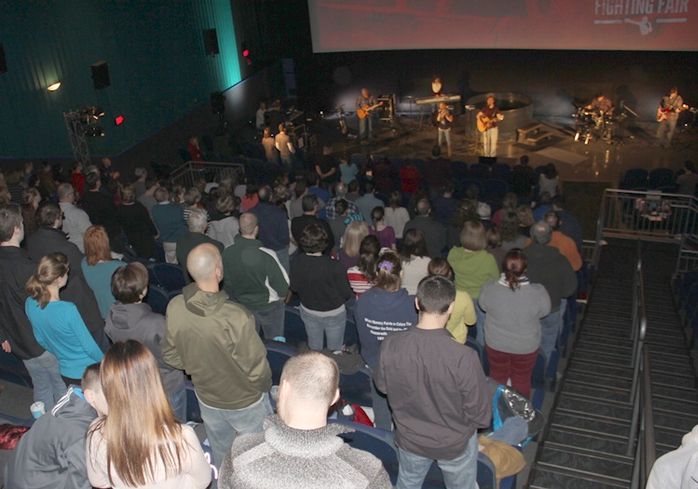 While Regal has hosted corporate meetings and school events for some 15 years, Brown said its latest effort — renting theaters for churches and religious organizations — is growing rapidly. In 2002, only three churches used Regal theaters for Sunday services. Today, that number has grown to 120 churches across the U.S., including Northridge Church in Rochester, New York; New Hope Windward Church hosted at the Regal Theaters at Windward Mall in Kaneohe, Hawaii; and Tribe Church, which holds services at Regal's Perimeter Pointe Stadium 10 in suburban Atlanta.

“Churches are far more multimedia-driven now than historically they have [been] in the past,” Brown said. “We're already set up for storytelling and that's what churches are doing.”

Many startup churches are short on funds, so movie theaters make affordable alternatives. Brown said there is another big lure for churches: Movie theaters are well-known in the community, and easy to find.

But there are limitations, as Chase Oaks is finding out. The satellite churches can only grow so much in movie theaters, Chase Oaks Executive Pastor Jack Warren said.

Attendance at Chase Oaks' Wylie campus hosted at the B&B Wylie 12 movie theater grew from 150 members to 450 people in just a few years. The congregation has grown to such an extent that the church is shuttering its Wylie movie theater location and moving into a newly purchased church in a few weeks, Warren said.

In August, the church is opening its fifth satellite location in Richardson, Texas.

Among the potential venues being considered is a movie theater, Warren said.