The world’s largest commercial brokerage filed a lawsuit in federal court against the former vice chairman of its retail services group for allegedly stealing documents and trade secrets to start his own firm. 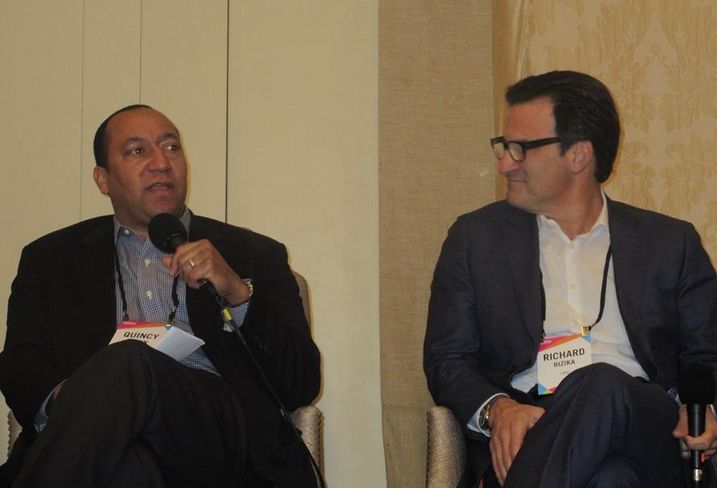 Bisnow/Karen Jordan
Arc Capital Partners' Quincy Allen and Richard Rizika, who was with CBRE at the time, at a Bisnow event

Rizika, who worked at CBRE for about 30 years, allegedly downloaded everything from rent rolls and contracts to stacking plans, broker opinions and marketing plans from the company’s online database, according to the complaint.

“This is a straightforward case of egregious business conduct in which Richard Rizika and Mitchell Hernandez orchestrated a concerted effort for their team to systematically steal approximately a half-million files of CBRE’s data,” CBRE spokesman Robert McGrath told TRD. “The entire business model for Rizika’s new company — Beta Retail Agency — is an exact replica of the existing systems.”

CBRE claims Rizika was planning his exit for months and started downloading information from the company’s password-protected database in June. Rizika was also accused of using his CBRE email to form a relationship with software company Placer Labs, which he later invested in, and then performing research alongside Placer Labs for the new company using CBRE computers and software.