UPDATE, NOV. 9, 2:50 P.M. ET: An attorney representing Alexander Deitch has responded to Mattress Firm's allegations. The story has been updated to reflect those comments.

The country's largest mattress retailer is accusing a host of real estate companies and executives, including its nationwide real estate broker, of a multiyear scheme that involved inflated store rents, bribes, high-priced gifts and kickbacks from developers. The company claims the scheme may have affected more than 800 stores nationwide. 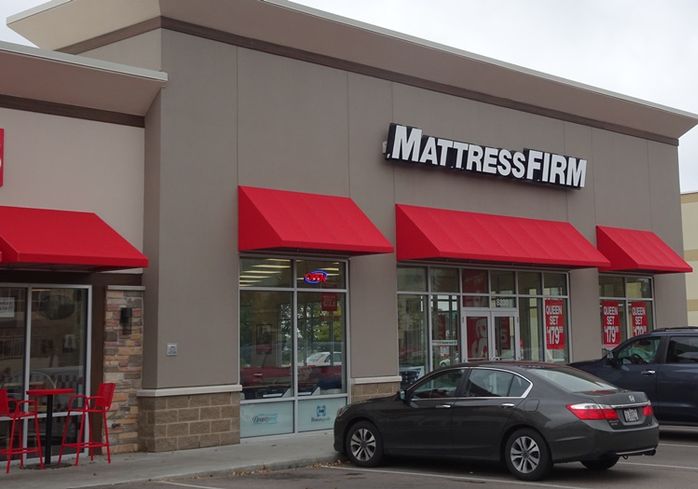 Corey Coyle/Wikipedia
A Mattress Firm storefront, one of the company's more than 3,400 locations

Mattress Firm, which operates more than 3,400 stores across the country, did not disclose an exact dollar amount it claims it lost as a result of the scheme, nor an exact number of affected leases. It alleges in the lawsuit that the trio was responsible for some 1,500 new stores during their time leading Mattress Firm's real estate efforts, as well as hundreds more lease renewals.

Many of those properties were allegedly owned by an “inner circle” of developers — also named as defendants in the lawsuit — that provided kickbacks and gifts to Colliers, Levy and Vinson in return for favorable Mattress Firm deals.

Mattress Firm tapped Deitch in 2010 to help expand its retail empire. According to a lawsuit filed in Harris County, Texas, Oct. 30, Deitch, Levy and Vinson were the primary influence on the retailer's real estate decisions, from where to open and close stores to construction budgets.

The arrangement helped Deitch become one of Colliers' top producers, Mattress Firm claims in the suit. The retailer also accused Colliers of being negligent and overlooking Deitch's "improprieties" since it reaped commissions from the arrangement.

"We just got [the lawsuit], and Mr. Deitch denies the allegations,” Schulten Ward Turner & Weiss Partner Kevin Ward told Bisnow Thursday afternoon. “He acted in Mattress Firm's best interest throughout the process of working with them.”

Ward declined to comment about specific allegations in the lawsuit, but said the firm would file an answer in the Texas court by January. He also said he expects both Levy and Vinson to deny the allegations as well.

“There's a lot more to come. We feel that the current representation of the relationship is unfair,” he said.

Sources tell Bisnow Deitch was fired this past week. A link to his biography on the firm's website has been disabled, but his office phone still identifies him as being there.

“We do not comment on the comings and goings of our professionals,” Colliers said in a statement through a spokesperson. “Colliers takes its professional and ethical obligations seriously. Colliers is not aware of any information to substantiate the specific allegations. As a policy, the company does not comment on active legal matters."

Hicks Thomas LLP partner John Thomas, who is representing Mattress Firm in the suit, said the dollar impact to Mattress Firm was significant, although he did not disclose an exact number. The lawsuit claims one portion of the scheme alone — a $50K broker fee per lease — could have cost the retailer at least $40M in excess payments.

Thomas said the company was tipped off to potential wrongdoing in 2016 by an unidentified party outside of Mattress Firm. Levy and Vinson were allegedly fired last year as a result of a preliminary inquiry, he said.

“We're open to possibly discussing resolution with the defendants,” he said. “Turning to a company like [Colliers] with that credibility, that's what [Mattress Firm executives] relied upon to bring them deals. Unfortunately, that trust was misplaced.”

In the lawsuit, Mattress Firm details an alleged nearly decade-long, multilayered scheme principally controlled by Levy and Deitch, with the knowledge of Vinson. Mattress Firm accused Deitch and Levy of using a series of shell companies to "secretly own" numerous properties that housed new Mattress Firm stores, along with the help of an "inner circle" of developers who concealed their equity interests.

The retailer also accused Deitch of supplying undefined kickbacks to Levy and Vinson to secure his deal with Mattress Firm as the master broker. In order to push store growth, the trio presented Mattress Firm's real estate committee with "falsely optimistic sales forecasts" and "misrepresented the projected per-store sales for leases," the lawsuit alleges.

Levy and Deitch also were accused of engaging in numerous real estate deals with developers that were not disclosed to Mattress Firm, violating company policy.

The situation allegedly came to a head in 2016 when Mattress Firm fired Levy and Vinson. Mattress Firm attorneys claim the duo admitted at that time to company executives they received numerous items from Deitch, including cash, loans, an expensive watch, trips to places like Europe and the Dominican Republic, and expensive bottles of wine, according to the suit.

Mattress Firm attorneys maintain in the lawsuit that, had it not discovered the scheme, the trio may have continued their activities, profiting "from their illegal and illicit activities through hidden investments in properties leased to [Mattress Firm]."