It's All Systems Go For Opportunity Zones Now

It took months of waiting, but the second round of regulations for opportunity zones seems like it was the green light the real estate industry hoped for. 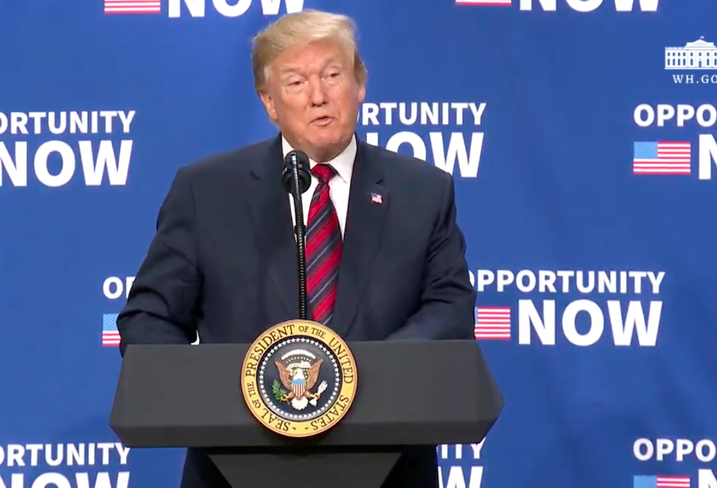 The 169-page document was released to the public on Wednesday afternoon as President Donald Trump, Secretary of Housing and Urban Development Ben Carson and Treasury Secretary Steven Mnuchin spoke at a press conference touting the benefits of opportunity zones.

Even though Trump invoked the opioid crisis and the border with Mexico in his remarks and Carson mistakenly referred to Louisville as the capital of Kentucky, the document itself represented a "thoughtful, balanced approach" to outstanding concerns regarding opportunity zones, Javelin 19 Investments President Jill Homan told Bisnow.

“I think this [set of regulations] covers a lot of ground, and will certainly spur investment in the operating business side and get a lot of real estate investors comfortable, because this incentive really fits neatly with how we traditionally operate," Homan said.

The new set of regulations clarified that an investor can dispense individual assets within a qualified opportunity fund and still see discounts on their capital gains taxes, provided that those gains remain in a fund. That provision unlocks billions of dollars in capital that had been waiting for indications that multi-asset funds would not create taxable events every time money shifted between assets.

“I think now, the capital that has been waiting in the wings will finally begin to get out there and form funds or invest in funds that have already launched,” Develop LLC founder and CEO Steve Glickman said. “The overarching thing that’s positive about the regulations is just the sense of clarity and finality about what we’re going to get from the Treasury Department.”

Because the end-of-year deadline for the maximum capital gains tax discount was written into the law by Congress, the Treasury Department did not have the authority to extend it. The stakes for that deadline may not be as high with the increased flexibility that the new regulations give for investors to reach the benefits that come from 10-year holds, according to Glickman.

That flexibility comes from the ability to move funds around assets, but Mnuchin noted that the final wave of regulations, still to come, could include further protection against potential "churn-and-burn" by investors looking to exit assets earlier than the program's  intended seven- to 10-year life span. 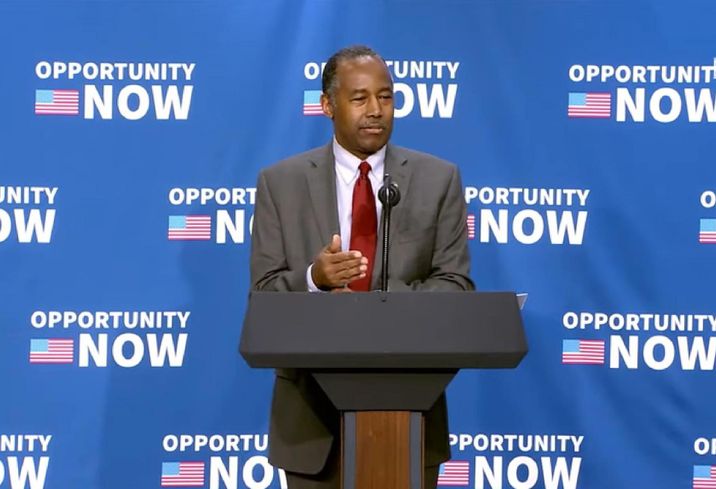 Screenshot
Secretary of Housing and Urban Development Ben Carson, speaking at the opportunity zone press conference at the White House on April 17, 2019.

In his remarks at the press conference, Mnuchin explained some of the latest regulations, such as crucial clarification on how operating businesses can pass the test of having 50% of its business located in an OZ to qualify for the program's benefits.

Such businesses can satisfy the requirement by locating a sufficient number of employees and real estate within the zones, which Sullivan & Worcester partner Jay Darby said "provide some easy, paint-by-numbers safe harbors that should make it easy to meet the requirements."

Clearing up the situation around operating businesses has a twofold benefit: it unlocks a wide swath of investors, like hedge funds and venture capitalists, that may prefer to avoid real estate development, and it gives more confidence to real estate investors that businesses will have the advantages necessary to boost neighborhood vitality.

Concurrent with the release of the regulations, the Department of Housing and Urban Development detailed the action plan for the White House Opportunity and Revitalization Council that Trump formed by executive order in December. With Carson as chair, the council will bring together representatives from multiple governmental agencies to track, analyze and encourage opportunity zone investment for the purpose of maximizing its social impact.

“This [council] really takes into account the impact piece [of the opportunity zone legislation], because the administration has charged it to look at how to assess the program's impact," Homan said. "And this council, through the regulatory process, has asked for comments about what really should be measured and what impact should be considered for poverty reduction and neighborhood growth.”

The Treasury Department and the IRS will once again solicit comments and suggestions from the public for a hearing currently scheduled for July 9, with finalization to come sometime after. Though reactions from the investment community were overwhelmingly positive in the immediate wake of the new regulations, closer reading of the 169 pages may yet reveal sticking points or stumbling blocks that still need to be addressed.

“The biggest thing that’s unclear to me now is what the unanswered questions are and how big they are,” Glickman said.