It may seem like U.S. companies are collectively leaving the suburbs for urban centers, but one industry is a reliable economic engine for suburban brokers and developers. 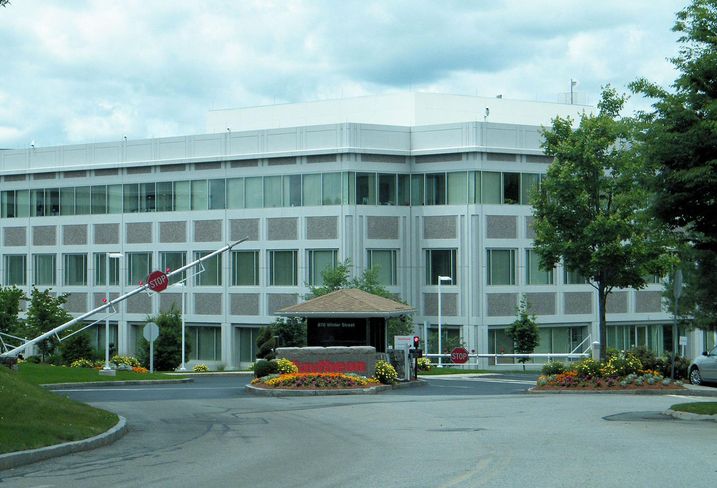 The defense industry is not known for having logos of its various companies atop massive downtown skyscrapers. Instead, the sector often sticks to secure, suburban office campuses.

Raytheon’s headquarters is in suburban Boston. Its potential merger partner United Technologies is in Farmington, Connecticut. Lockheed Martin has a significant presence in southern New Jersey.

Many companies in other sectors are heading to downtowns across the U.S. in pursuit of coveted young talent and are often clustering with other firms in coworking venues. But the defense industry is less sold on the notion of sharing an elevator with other tenants.

“All things being equal, defense contractors and their classified projects, if you will, like the suburban model compared to other companies,” national site selection expert and The Boyd Co. principal John Boyd said. “It’s an especially attractive sector for suburban developers to target.”

Raytheon and United Technologies in June announced their merger plans, which would create the second-largest U.S. aerospace and defense company. Raytheon’s headquarters is north of Boston, and the company’s 13,000-employee footprint in Massachusetts is largely outside the development hot spots of Boston and Cambridge.

The merger to create Raytheon Technologies Corp. would have a combined headquarters in Boston, but the region’s real estate community expects the facility to be in the suburbs given industry trends.

“From a defense perspective, it’s hard to find a space in downtown areas that checks all the boxes for security and enables room for growth,” 128 CRE Senior Partner Jeremy Freid said. 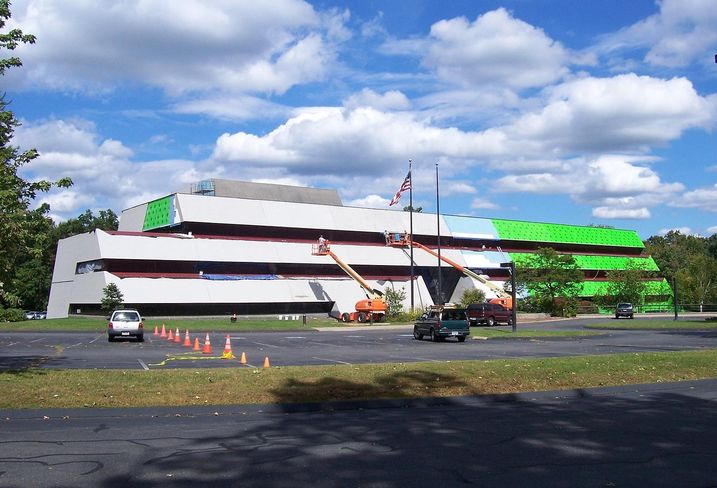 Due to the security clearances required for certain positions and classified work firms do with the U.S. Department of Defense, a multitenant office building — and certainly coworking space — is often a non-starter for defense firms. Renting an entire downtown building can be cost-prohibitive and a logistical challenge, so a suburban campus begins to be more attractive.

A defense company could spend just under $40/SF around the Tysons Corner Center Metro stop in Fairfax County compared to nearly $64/SF for Class-A office in Downtown D.C., according to Cushman & Wakefield data. D.C.'s suburbs are awash in defense contracting offices — Northrop Grumman's headquarters is in Fairfax County, for instance.

“If a tenant takes a full-building lease on a suburban office asset and gains control over the parking garage, that enhances the firm’s security,” Newmark Knight Frank Senior Managing Director Alexander Paul wrote in an email. “That type of control is more challenging to find in a downtown environment.”

Philadelphia developers have tried for years to court Lockheed Martin across the Camden River from its various southern New Jersey locations into projects within the City of Brotherly Love, according to Boyd, whose clients include Boeing and engine manufacturer Pratt & Whitney. The company has remained in places like Moorestown and Laurel Township, New Jersey.

The suburbs often make more sense to the industry as a whole, Boyd said.

“It is a more secure location, and security checkpoints can be facilitated in an expeditious fashion, compared to a high-rise building where you have the presence of other companies and competitors,” Boyd added.

Bisnow reached out to a variety of defense companies like Raytheon, Boeing, Lockheed Martin and United Technologies for comment on their suburban office interest. All either declined to comment or did not respond. 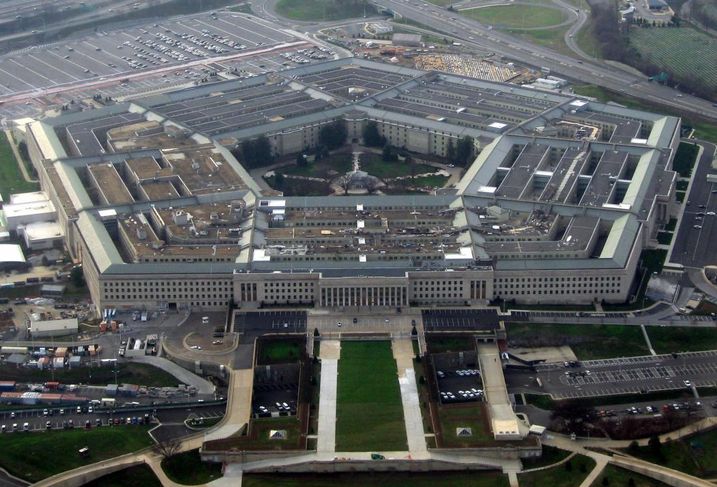 Wikimedia/David B. Gleason
The Pentagon in Arlington, Va.

The real estate strategy isn’t entirely a page out of a Tom Clancy novel. Rather than wanting to remain hundreds of feet removed from their nearest neighbor, defense firms are often just wanting to control what is in and around their office, Hoskins said. Otherwise, they are just like other tenants focusing on real estate costs and talent.

Fairfax County benefits from its proximity to the Pentagon and a cluster of 8,800 technology firms, government contractors, research institutions, venture capital firms and other associated industries to boost its profile in the eyes of the defense sector. Companies are drawn to the area for its large pool of talent with security clearances.

In Boston, security clearances drove one firm to stay in the burbs. The Davis Cos. Managing Director Cappy Daume, at a Bisnow event this summer, referenced how a defense client based a suburban Boston deal on talent. The company, which led a secured function operation, figured a move away from the submarket would lead some to quit and require the firm to go through years of new security clearance checks.

“There are subtexts to the question of security, and it’s not always about the building,” Daume said in July.

Suburbs are also where defense talent, no matter the security clearance, tends to reside. A “silver tsunami” in the aerospace and defense sector has been discussed for years, and those talks aren’t going away.

Only 39% of the U.S. defense and aerospace workforce is under the age of 45, according to a 2018 report by the Pentagon’s Office of Manufacturing and Industrial Base Policy. That has spurred massive hiring campaigns by major defense contractors to spur a younger workforce.

In the meantime, suburbs offer the most proximity to existing, mature defense talent.

Despite the demographic advantage, that doesn’t make Hoskins’ job in Fairfax County any easier when appealing to defense companies surveying the D.C. area.

“There are a lot of factors that really play out in the equation,” he said. “It’s more calculus than straight math.”