Hana Financial Group is angling to buy an office property in the City of London that is being converted into a major WeWork coworking space. The current owner of the One Poultry building, Aermont Capital, is asking for about $240M for the property. 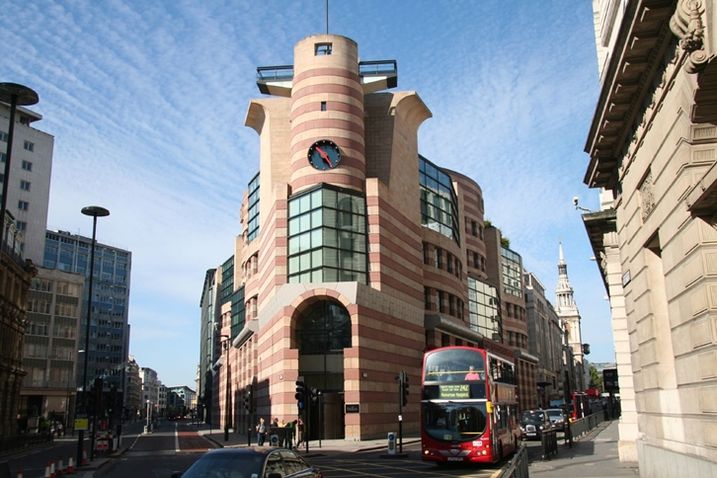 One Poultry is a distinctive pink-and-yellow postmodern structure completed opposite the Bank of England in 1998. Last year, WeWork inked a deal to replace former financial services tenant Aviva there.

Talks by Korean investor Hana Financial have not been finalized, Bloomberg reports, citing anonymous sources. If the deal goes through, it would be the latest property trade in a wave of capital coming to the U.K. from East Asia — and especially Korea — looking for real estate. East Asian investors are looking to dodge higher prices at home, and take advantage of the relative weakness of the pound.

Overseas capital continues to more specifically target the U.K. office market, accounting for more than 70% of purchasers during the second quarter of 2018. That is the highest volume since 2014, according to Cushman & Wakefield's Q2 2018 report on the market.

Investors’ appetite for London offices is showing no sign of slowing down, either, the brokerage said.

The One Poultry building became the country's youngest listed building in 2016 when it was awarded Grade II*-listed status (defined as particularly important buildings of more than special interest).

The revamped property will allow WeWork to offer 110K SF of office space. Architects BuckleyGreyYeoman have added a new reception and underground storage for cyclists, The Spaces reports.

Another change undertaken by the coworking giant is that the building's grand staircase — possibly inspired by the Scala Regia steps of Vatican City — will be reopened as a private entrance for WeWork members.