The flex office market is booming, in large part due to the demands of tech companies — which is transforming the way office space is leased. 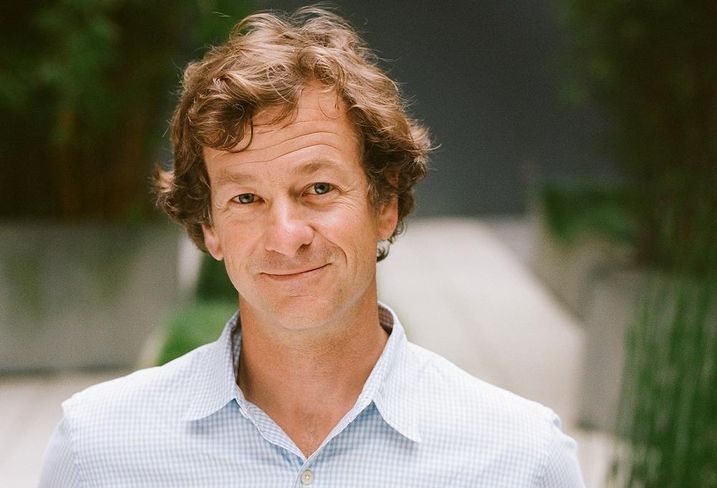 Flex-space leasing platform LiquidSpace took a closer look at flex office trends in a report released today. Bisnow got an exclusive first look at the report.

Flexible office is any space rented for less than a typical five- to 10-year lease. LiquidSpace's report focuses on spaces rented by the month for up to three years. The company offers the ability for teams and companies to rent space for an hour up to three years. Spaces can be furnished or unfurnished and range from offering open or designated desks, private offices, team offices or an office suite.

While tech firms make up the bulk of demand, consulting, finance, media and real estate round out the top five sectors using flexible office, according to the report. Over 60% of demand comes from teams with four people or fewer.

Flex space is becoming popular because it allows tech firms and others to match their real estate with their business plans, which run at the pace of quarterly and yearly terms, LiquidSpace CEO Mark Gilbreath said. 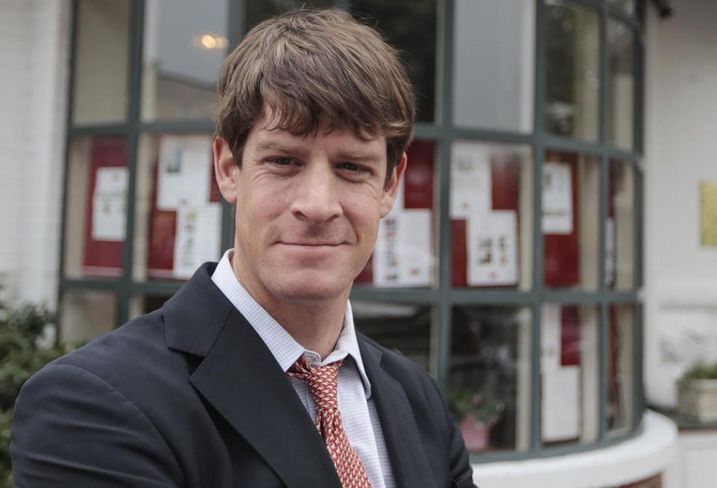 Offering flexible spaces with amenities in city cores helps to attract talented employees, Liverman said. Companies want to create stimulating environments where workers don’t feel shuffled off into a corner, Gilbreath said. That has meant providing more collaborative space and options for where to work each day.

“The dynamics of office have really changed when tenants can walk in with their own laptops and their own phone and suddenly the whole reason for having an office changes,” Liverman said. “You can now work in some ways wherever you want. Landlords are recognizing that.”

LiquidSpace offers a mobility manager that large enterprises can use to provide employees with options as to where they would like to work, according to Gilbreath. 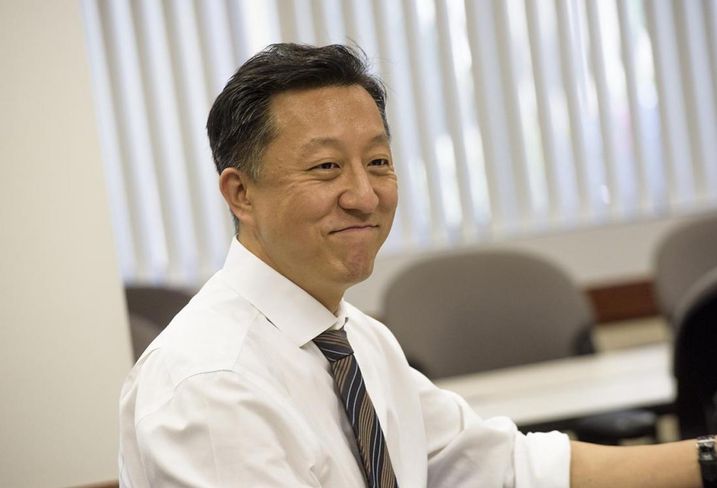 The flex space trend is growing as tech employers cater to the Millennial workforce. Millennials prefer more cultural amenities close by and love collaboration and sharing, according to Abraham Park, associate professor of finance at Pepperdine Graziadio School of Business and Management and director of the Fred Sands Institute of Real Estate. This generation also prefers to be in more urban cores.

Employers want to retain high satisfaction and human capital. This means offering more amenities, which includes the space itself.

“Any design that can create a unique space makes the office space less of a commodity and more of a strategic branding opportunity to attract a certain group of people,” Park said. 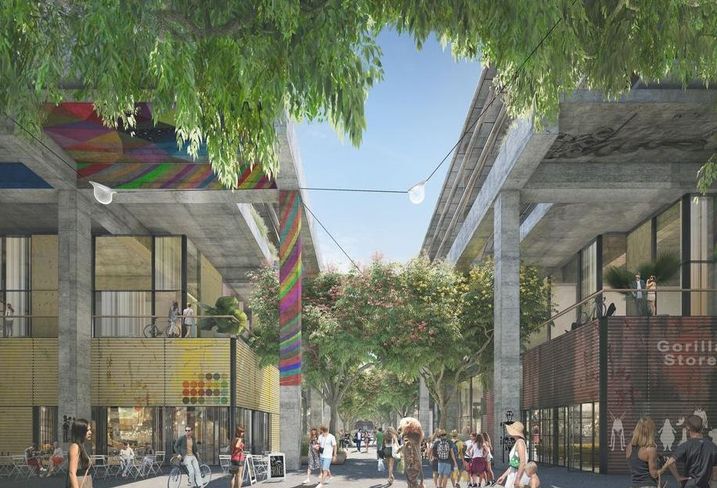 Among the most attractive are buildings with history and noteworthy architecture, such as those in the Downtown Los Angeles arts district. These historical industrial manufacturing buildings are being converted into flex office and demand high valuation, Park said. Recent projects include a mixed-use development from SunCal (above) and 670 Mesquit.

“Whether [the building] used to be a factory or bank or department store with unique architecture, these are prime targets for conversions into flex space,” Park said. “If it’s just old and decrepit, those [are not] that successful.”

The push to be closer to urban centers has also impacted the multifamily sector, with more developments pushing into the city core. Cap rates in urban cores are much higher than those in suburban office areas as well, Park said.

He said there are people who want houses outside of the urban core, but the movement toward homeownership in suburbia is not likely to happen for 10 to 15 years.

“Flex office is here to stay,” Park said. “It’s a great concept that the country and economy will continue to need, especially with changing cultural trends and a desire for a certain lifestyle for urbanization.” 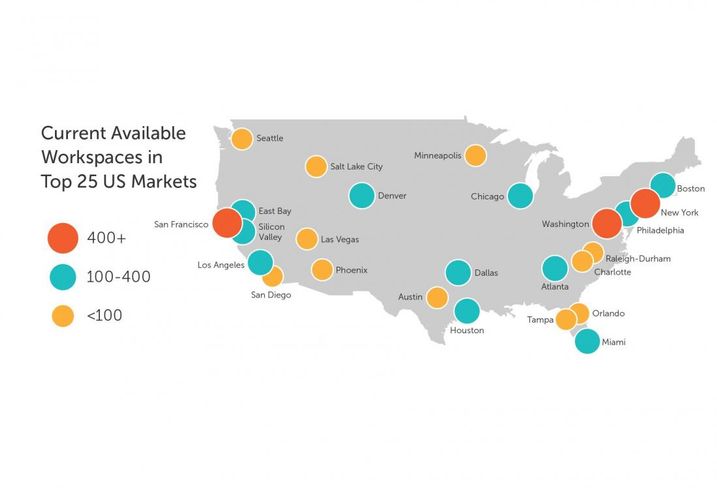 In cities where there haven’t been traditional tech hubs, landlords are using flex office as a tool to attract more growing companies. Liverman said in some cities, developers are reposting their properties and putting in flexible options as a first entry into that neighborhood.

LiquidSpace has facilitated 2.9 million transactions and connected 64,000 teams and companies with over 2,800 office locations. It also has streamlined the transaction process — providing a standard contract so landlord and tenant don’t have to go back and forth with lawyers. Liverman said LiquidSpace did a five-figure deal for 1k SF within 24 to 48 hours.

While workspace-as-a-service (co-working and business centers) makes up the bulk of the listings on LiquidSpace’s network, private business and direct landlords are increasingly seeking out ways to lease up unused space.

Private businesses sharing extra space make up 30% of the public listings on LiquidSpace. Direct landlord space doubled in the last year and now makes up 7% of listings.

Traditional landlords and institutional owners are increasingly offering flex space and using tools, such as LiquidSpace, to connect tenants with space that would otherwise be left vacant. These spaces are oddly shaped or too small to have been on a broker’s radar, but provide just enough space for a small startup company.

While New York and San Francisco long have been LiquidSpace’s largest markets and continue to grow given the concentration of demand, cities in Texas, including Dallas, Austin and Houston, are emerging as having a strong supply and demand for flex office. Chicago is also beginning to surge, Gilbreath said.

“San Francisco and New York are so prohibitively expensive, secondary markets are now becoming a place for higher growth and the shifting of assets,” Gilbreath said. “There’s also a general philosophy of 'work can happen anywhere.' It no longer holds true that tech firms have to be based in San Francisco and New York. The world is now a workplace.”