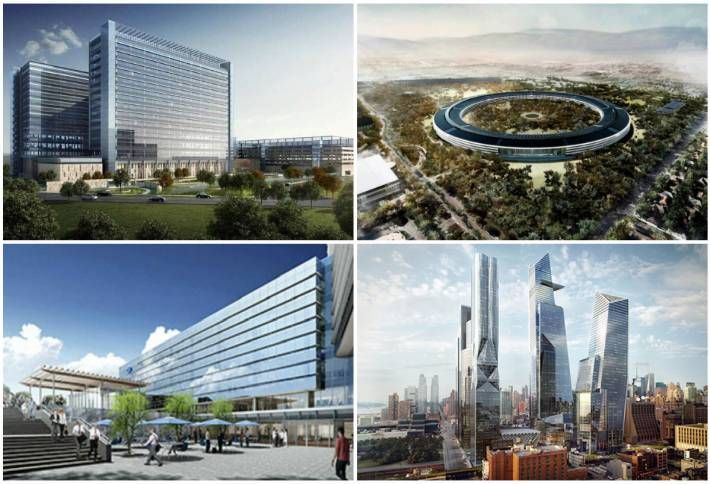 From all sides of the country, these new complexes give a whole new meaning to the term "office space." With the help of our pals at Reis, Bisnow put together this list of the 10 biggest office complexes set to open for business in 2016. 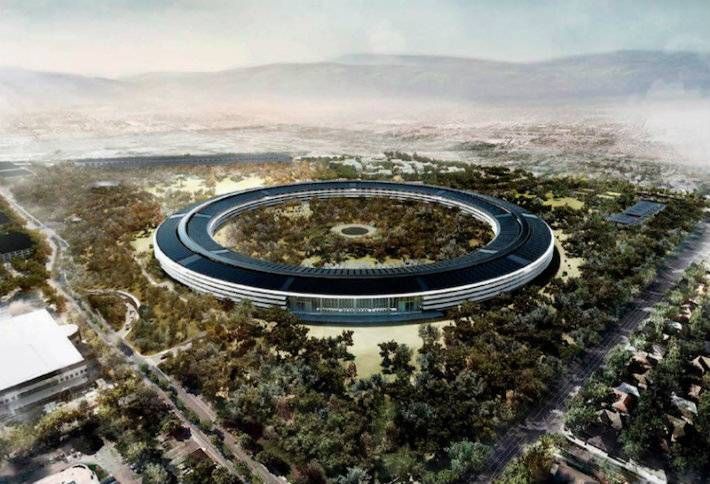 No, it's not a mothership (not exactly, at least), it's Apple's new Silicon Valley HQ. The disc-shaped complex may look like a UFO landing pad, but lush forests in and around the building will give Apple employees a more earthly workplace. 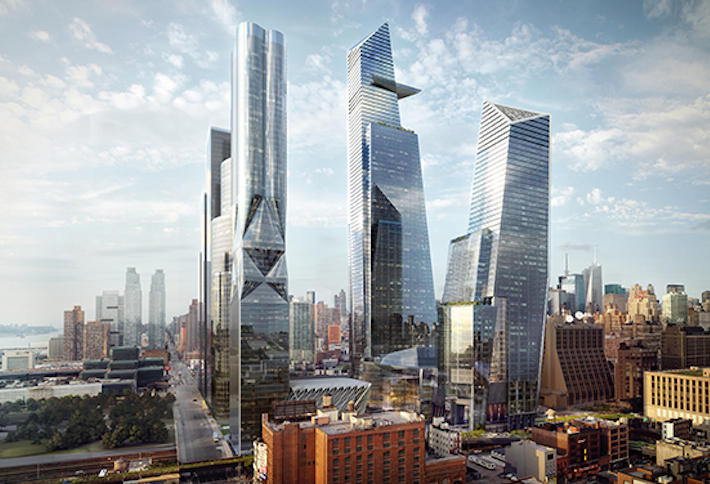 The largest mixed-use project in US history will unveil its first office tower in early 2016. The developer, Related Properties, just scored a $5B financing deal, and high-brow tenants like Time Warner, Wells Fargo and KKR. 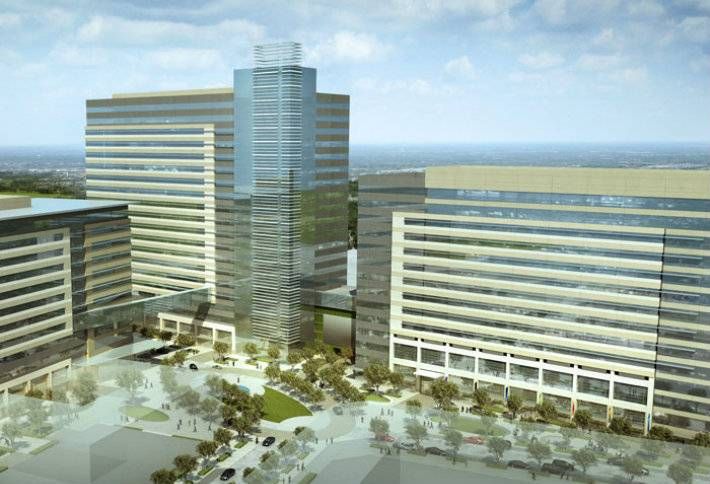 Like a good neighbor...State Farm is there—in the Big D—installing 1.5M SF of office space. The campus will be part of KDC's CityLine complex that includes a 150-room hotel and a 17k SF wellness and fitness facility. 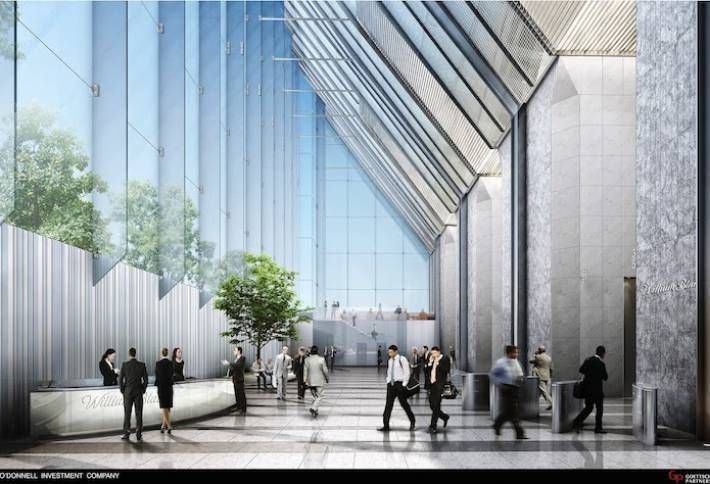 This 53-story, 732-foot-tall office skyscraper from Goettsch Partners uses the largest steel sections in the world—strong enough to hold up even in the Windy City. 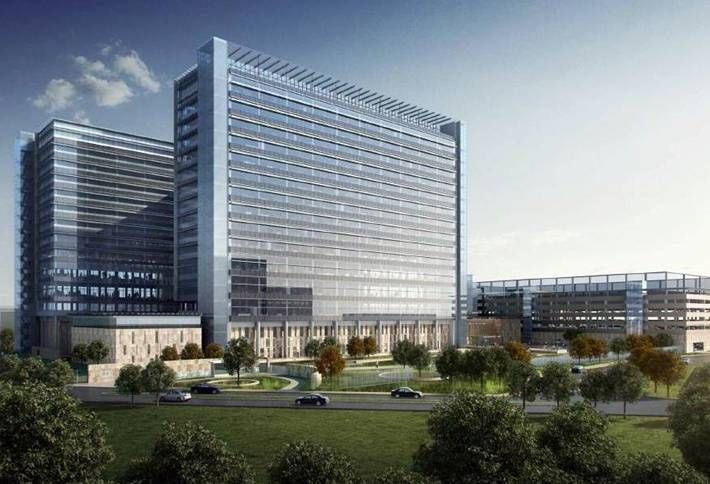 When the two-tower complex opens in mid-2016, Phillips 66 will have its first permanent HQ since it was spun off from ConocoPhillips in 2012. The campus will include putting greens and a credit union. 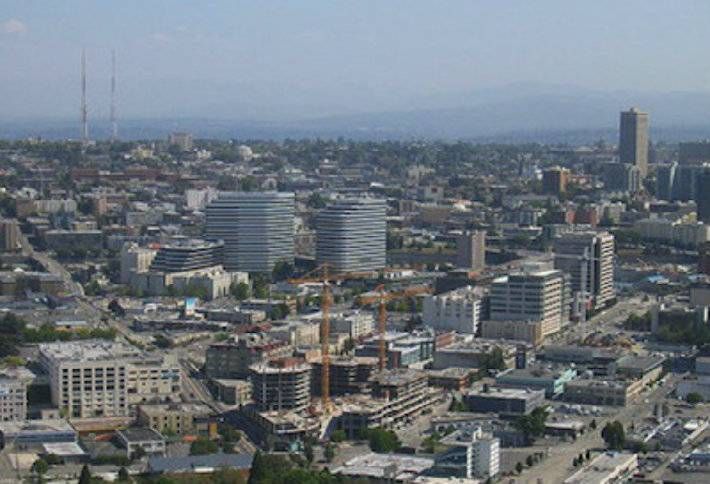 When it comes to innovation, Amazon isn't all drones and no talk. Its new Denny Triangle campus will be kept warm by otherwise wasted heat from the data centers across the street—saving 4 million kilowatt hours of energy every year. 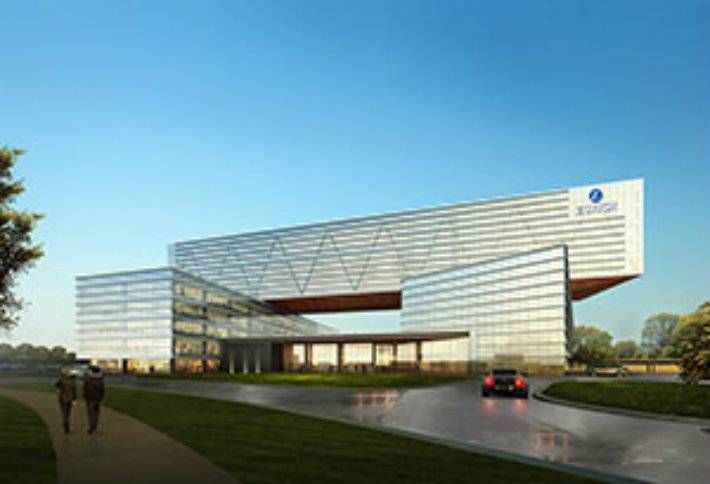 The Swiss insurance carrier's new digs will be developed by Chicago's Clayco. The owner of the site, Stonemont Financial Group, landed a nice $333M loan for the project in March 2014. 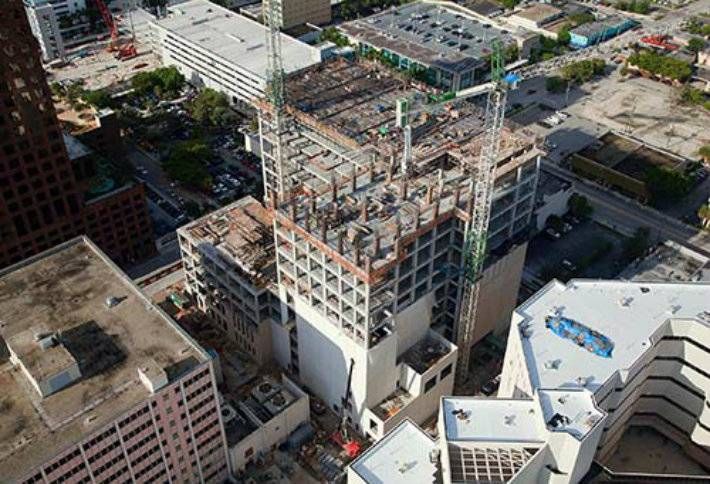 Good news for CSI Miami, public servants are getting fresh new digs in nearby Fort Lauderdale—after years of judges with rat problems (not informants, rodents). 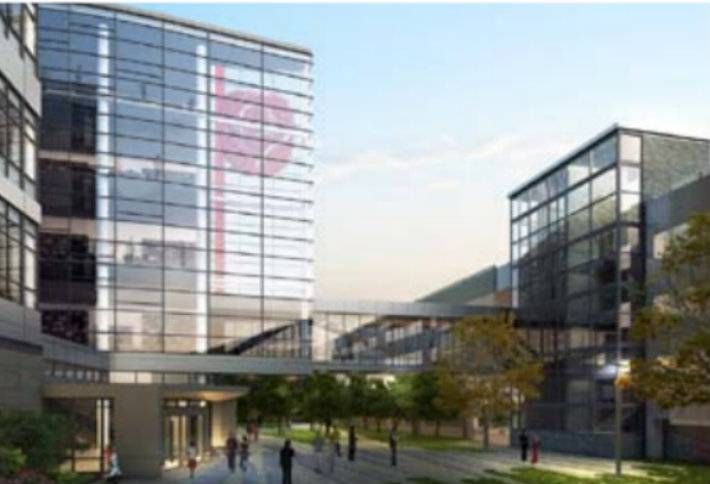 Happy birthday? Get well soon? It's a boy? American Greetings has you covered in the card department. Its new HQ will be up just in time for 2016's Christmas in July. 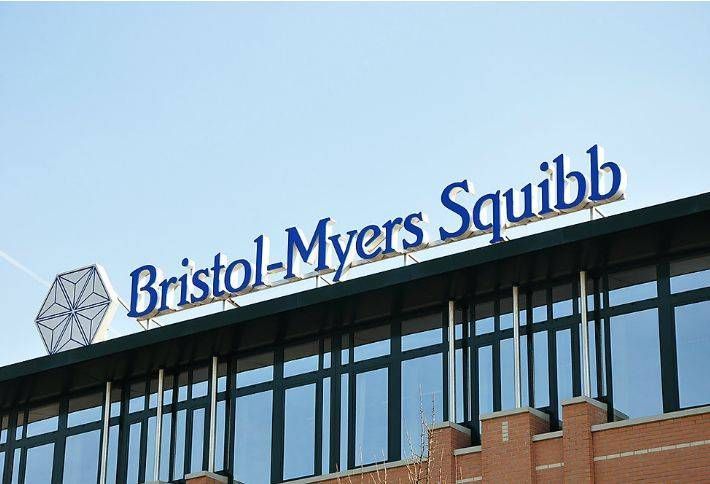 The pharmaceutical giant Bristol-Myers Squibb is beefing up its research digs with this central NJ location. Expect doors (but no door-busters) to open around Black Friday next year.