What's In A Name? Tensions Rise As Communities Are Rebranded To Attract Young, Hip Crowds

Once a desirable area for wealthy residents, the San Francisco neighborhood of Rincon Hill was transformed in the late 1800s by the Second Street Cut in a decision by local governments to slice through the neighborhood and lower its hills by several dozen feet for industrial purposes.

The neighborhood fell out of favor when it was divided into Rincon Hill and Transbay, and the elite fled to Nob Hill as people began to refer to Rincon Hill as a slum. Two centuries later, a community benefit district has doled out $70K to unite the neighborhoods under one name, signaling a renaissance in the area. 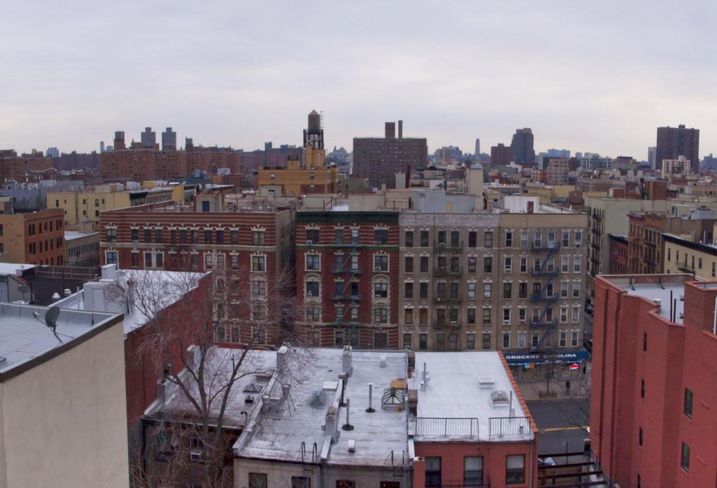 This campaign resembles hundreds of others taking place across the country. Tensions are bubbling as newcomers, often without the consultation of current residents, push to remove or change neighborhood names that residents may feel personally and culturally connected to. These names often emerge organically over time based on cultural melding, allowing residents to gradually grow into the name and identity. Abrupt changes, often for economic or social improvement, can lead to rougher transitions.

Such was the case in New York City.

The proposed designation of the southern edge of Harlem as “SoHa” provoked condemnation. For the community, the change is just the most recent in a series of nicknames looking to capitalize on the cachet of SoHo to attract young professionals to the area.

In response, New York Sen. Brian Benjamin drafted the Neighborhood Integrity Act this June. The bill would require name changes be approved by the mayor and would fine real estate agents for referring to the area as anything but its “traditional” name.

Neighborhood Names Are Not As Fixed As You Might Think

Local governments often do not regulate the boundary lines of individual communities. That responsibility falls to the people living within them, and as those demographics shift, so do the borders. For Gordon Douglas, assistant professor of Urban Planning and director of the Institute for Metropolitan Studies at San Jose State University, neighborhoods serve a purpose in how individuals form a cultural identity.

In Chicago, one of the few cities where neighborhoods have some form of official designation, Chicago School sociologists created "community areas" to distinguish where they believed the boundaries between different groups of residents fell.

“They are called community areas but really they are neighborhoods,” Douglas said. "We tend to need some kind of cultural identity, and I think that is where you have, especially in sociology, a kind of conflation of neighborhood with community."

In the 1960s and more prominently in the 1980s, a wave of homeowners and business owners increasingly formed community associations and business districts. In New York, this spurred the division of South Brooklyn into the separate communities of Red Hook, Gowanus, Boerum Hill, Carroll Gardens and Park Slope, after young professionals sought the quiet and relatively safe swath of the borough.

The 1960s saw an influx of Hispanic and Latino families into the neighborhoods, but by the 1980s, then-district manager of Community Board 6 Robert Acito witnessed what he believed to be a telltale sign of gentrification: upscale pizza toppings.

He slammed the change as "quichefication," and it was not long before longtime residents were hard-pressed to find one-bedroom rentals for under $600/month.

“Does that mean the name in itself matters? You would have to go and ask people," Douglas said. “I would argue that there are neighborhoods that have less of that kind of identity.” 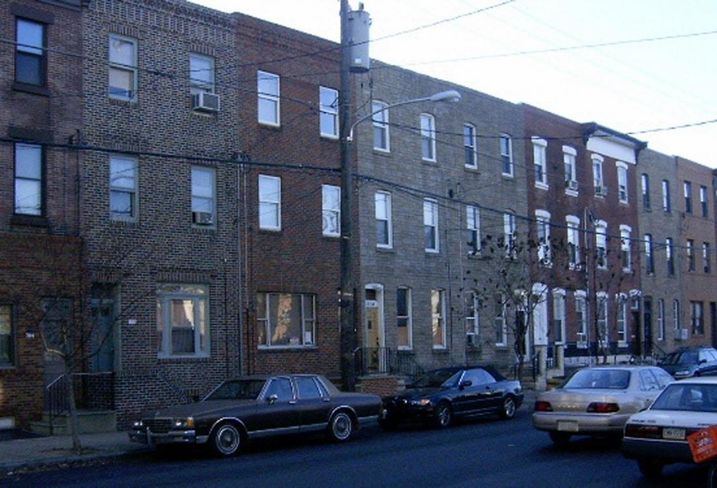 Building A Sense Of Place

LPMG Properties founder and President John Longacre noticed a lack of community identity in the Point Breeze neighborhood of Philadelphia. After opening the American Sardine Bar in the area, which had seen alleged disinvestment and a history of nonconforming landlords and owners, he looked to revitalize the commercial corridor along West Passyunk Avenue. What Longacre found was that people infrequently referred to the area by its "official" name.

“There was no defined boundary,” Longacre said. “So we looked at the civic zoning maps and we defined a perimeter in an area around that commercial corridor on both sides of it that we are going to call ‘Newbold.’”

Developers are required to seek permission from registered community organizations for zoning variances in Philadelphia, but this portion of the neighborhood, between Tasker Street to the north, Wolf Street to the south, Broad Street to the east and West 18th Street to the west, had no civic overlay in place. In 2005, Longacre created the Newbold Community Development Corp. and the Newbold Civic Association to fill that gap, and consulted with the existing Point Breeze CDC to ensure the civic groups were not overlapping.

Longacre pulled from a historical street name that was still carved into the bricks of some of the neighborhood’s oldest buildings.

“Newbold works because it has the connotation of ‘new’ and ‘bold’ and it has ties to history,” he said.

Residents said the name change helps distinguish Newbold from the rest of Point Breeze, which has higher crime rates. But Longacre said he does not intend to separate Newbold from the surrounding community, and he said the decision goes beyond his specific project.

“Would I go into another neighborhood and say, 'Oh, we are going to rename this for some development sake?' Absolutely not,” Longacre said. “Every neighborhood has its own rationale for why people may or may not want to establish a name.”

Whether the Newbold name has attracted gentrifiers at the expense of current residents is up for debate, although rents have risen and some longtime community members have left, but the real estate market has warmed in the area. That may have to do with Longacre’s marketing approach: to make Newbold stick, he lobbied the Greater Philadelphia Association of Realtors.

Median home values in the northern half of Newbold, from Mifflin Street to Tasker Street, have risen to $107K, a 110% increase since 2010, according to a Governing report. Several census tracts in Point Breeze have also undergone gentrification, and the median rent is $1,300, higher than Newbold’s median rent of $1,279.

Organic Name Creation Can Be Just This Simple 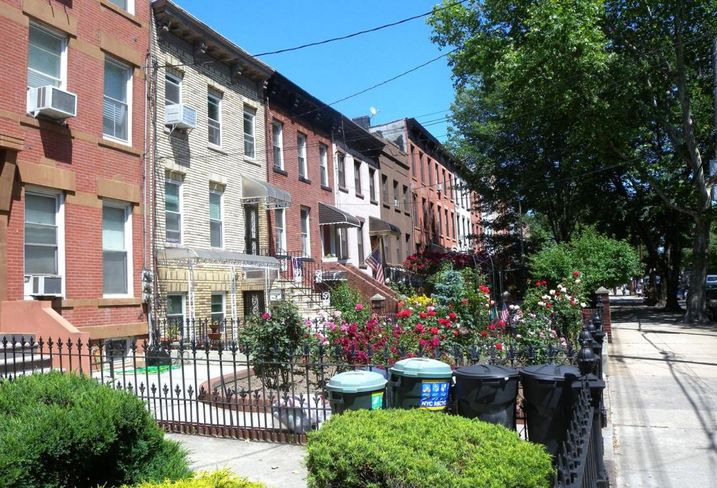 As with regulation, public-private partnerships can help fuel the creation of a new name. While New York has no official neighborhoods, historic districts can preserve both the name and the architectural character of the area. Placing the new neighborhood on a street map or a subway line can also solidify the switch.

“The City of Los Angeles popped NoHo for North Hollywood on a map, and they didn’t do that first but they helped that along,” Douglas said. "A lot of places will put Chinatown on a subway stop. It tends to be at the very end of lines, where they give it a kind of destination.”

Newbold is on Google's Philadelphia map, as is North of the Panhandle in San Francisco, minus the combination of names.

Stricter regulation, like Benjamin’s bill, could discourage real estate professionals and community organizations from creating frivolous names, acronyms and abbreviations, but it would not prevent the organic shifting of neighborhood boundaries or developers building luxury properties in the area.

But in the game of neighborhood development, building a bridge might be better than planting a flag.

“It is perfectly organic for someone to go out there and figure out what the neighborhood is called,” Douglas said. “But once that begins to promote these things in a way that doesn’t mean anything to longtime residents, then it could become an issue.”

San Francisco's East Cut Community Benefit District, which was created to unite Rincon Hill and Transbay under one name, aims to create an identifiable, attractive home for residents and businesses. The area's new name is The East Cut, and the East Cut CBD does not believe that steps on any toes.

"When we asked people where they were, no one was able to identify the neighborhood consistently," East Cut CBD Executive Director Andrew Robinson said. "Our mission wasn’t to rename any areas of San Francisco, [but rather to rename this] CBD so that everyone who pays into the district can take advantage of it." 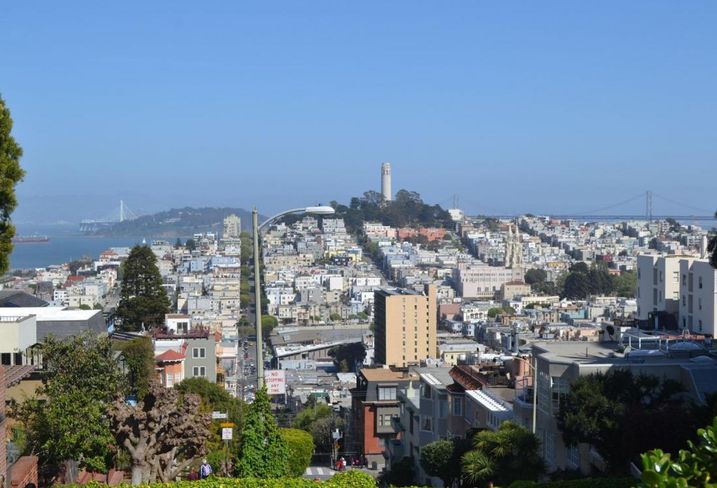 Community organizations can leverage a name change as a way to distinguish a collection of homes and businesses from the larger area. The North of the Panhandle Neighborhood Association, founded in the 1990s to combat drug-related crime in the San Francisco neighborhood, turned a southwestern piece of the Western Addition from Fell Street to the south, Turk Street to the north, Divisadero Boulevard to the east and Masonic Avenue to the west, into NoPa.

NOPNA board member Tim Hickey said the name NoPa has always been there, if not always in the public eye. North of the Panhandle has been used to describe the area for over 100 years.

Neighborhood associations have the ability to create an identity for a pre-existing area name and define the area for its residents. Hickey said it is common for a community to have subdivisions.

“Some neighborhoods have virtually unknown sub-neighborhoods such as La Lingua, Balboa Terrace or the nascent East Cut [SoMa],” Hickey said.

The small neighborhood also shares history with the Western Addition, an area known for both its diverse residents and alleged urban blight. For NOPNA, the borders and distinctions are clearly defined.

“Walking north to Anza Vista or northwest to Ewing Terrace will also let you see how different other neighborhoods resonate, from architecture to business types, politics and many other demographic factors,” Hickey said.

Residents do not see the boundaries that clearly. In a data-generated map tagged by neighborhood, Western Addition and NoPa are globular, organic clusters, with significant overlap. Real estate prices ultimately distinguish the two areas. Compared to Western Addition’s median home value of $1.2M, NoPa has a median value of $1.95M.