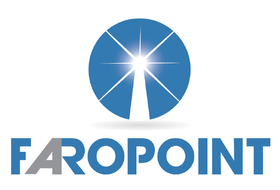 While the coronavirus has left retail and office owners reeling, so far it has largely spared industrial. Americans are relying on delivery services now more than ever, and the longer stay-at-home orders last, the more space industrial tenants like Amazon will need to meet the demand.

But not all industrial owners are poised to ride out the current crisis. Even as the asset class at large prospers, smaller industrial players with older assets in secondary markets face an uncertain future as local tenants struggle and fold.

Courtesy of Faropoint
A distribution center owned by Faropoint in Memphis, Tenn.

While institutional owners may be able to sustain a financial hit if one or two of their assets lose tenants, smaller owners who may only have one or two assets in total could be left with little if they lose tenancy during this downturn.

“Everyone is waiting to see how things unfold,” said Vadim Greenberg, director of acquisitions at Faropoint, an industrial real estate investment firm. “Very few people are looking to sell their warehouses right now, because they’re hoping that COVID-19 is going to be over in a few weeks. And buyers aren't really buying because nobody knows if tenants are going to go belly up.”

“There is a flight to assets with high-credit, high-quality tenants. So if this rolls into a longer recession and we start to see cap rate decompression, smaller owners are going to be in a lot of pain because they were reactive rather than proactive.”

Industrial real estate has had a remarkable run. As demand for warehouse space consistently outpaced new construction, users have been willing to overlook more and more flaws in industrial assets in order to snatch up space. The result has been cap rate compression, with warehouses built in the 1970s and 1980s trading at cap rates near top-of-the-line logistics centers that had just been delivered.

The coronavirus calls into question whether that compression can continue. With 30 million Americans out of work, the economic damage from the coronavirus could be widespread and long-lasting, Greenberg said, if the impact turns out to be less like a blip and more like a full-blown recession. If the downturn deepens, local businesses that rent industrial may have to break their leases, or may simply go under.

History also suggests that industrial owners may not be out of the woods any time soon. Even as the economy began to recover after the Great Recession, the average cap rate for industrial assets swung back and forth from 2009 to 2012. Decompression reached its widest spread in 2010, according to Real Capital Analytics. Even if the economy overall begins to improve, fluctuations in demand could send volatile aftershocks throughout the industrial market, putting some owners out of business.

Even if it stays strong in the grand scheme, industrial demand could crater in select cities, causing valuations to plummet for older warehouses in those submarkets.

“Volatility is bad for small investors as a rule of thumb,” Faropoint CEO Adir Levitas said. “We’re currently deploying a fund with a large and diversified base of hundreds of tenants across many industries. If half of those tenants go under, it may not be a death sentence for us. But it could be for an owner with one warehouse who was relying on a single tenant.”

Those sorts of owners abound in the secondary markets where Faropoint operates — Memphis, Houston, Philadelphia, Atlanta and Cincinnati — which lack the deep pools of newly built warehouses that exist in larger coastal industrial markets. Faropoint has been purchasing 20K to 200K SF industrial assets built from 1965 to 2000 with a minimum price tag of around $2M. In its capacity as a fund manager, Faropoint raises capital mostly from high net worth individuals, family offices and institutional investors such as pension funds and life insurance companies.

Courtesy of Faropoint
Inside a distribution center in Memphis, Tenn.

As the supply chain has evolved, Levitas said, tenants have become more institutional and thus more demanding from a capital expenditure perspective, as users like Amazon or XPO Logistics require a level of improvements that some smaller owners can’t provide.

“If an owner thinks he can keep milking the warehouse he has held since 1960 forever with minimal capex, he should rethink that approach,” Levitas said.

As an institutional investor in the industrial market, Faropoint has the capital to renovate warehouses and bring them up to the standards of institutional users, and thus may be willing to pay more than a smaller buyer who might not be able to spend as much on renovations. Faropoint also has existing relationships with large industrial tenants as well as banks and vendors that can let them operate warehouses at a lower cost compared to a smaller buyer.

Many of the owners who have sold their assets to Faropoint are not industrial owners by trade. They might be restaurateurs, manufacturers or logistics providers who happen to own a warehouse alongside running their core business.

In Atlanta, Faropoint worked with a businessman who ran two restaurants, but who also owned a warehouse where he operated a catering business and prepared ingredients for his restaurants. The owner sold Faropoint his warehouse and used the money to open a third restaurant.

These smaller industrial owners may want cash on hand to help their core businesses weather the current crisis and might be interested in a sale-leaseback of their assets. And unlike larger REITs or private equity firms, Greenberg said, Faropoint is able to be nimble, close deals quickly and work with owners to help solve their complex business issues.

Right now, cash-strapped owners may be antsy for real, verified offers on their properties. Greenberg described how in the last few weeks, some owners have been receiving calls from opportunistic buyers who have no experience in the markets and probably only a passing interest in acquiring assets. By keeping a narrow focus on five U.S. cities in its eight-year history, Faropoint has been able to build up strong local knowledge and intimate relationships with its sellers and partners.

“When we come to a market, we come to stay,” Greenberg said. “We’re not going around chasing deals. When we make an offer, we have a genuine interest in acquiring that asset.”

This feature was produced in collaboration between the Bisnow Branded Content Studio and Faropoint. Bisnow news staff was not involved in the production of this content.

Faropoint
Faropoint is a fully integrated industrial real estate investment firm, specializing in the Logistics and Manufacturing sectors. We have been actively engaged in a number of primary and secondary markets in the US, including Atlanta, Houston, Memphis, Cincinnati, and Greater Philadelphia.

Faropoint’s strategy revolves around selectively locating attractive properties, managing, stabilizing and enhancing their performance in order to resell and actualize upside potential. Our portfolio allows us to balance our risk-return equation, not only at an individual asset level, but across a spectrum of properties that is diverse in location, use, class and tenant industry exposure. Hence, our model allows us to combine two strategies: first, production of significant and stable returns from our stabilized assets, and second, value-add acquisitions, which are embedded in all layers of the portfolio, that offer an attractive capital gain upon sale.

We rely on creating expertise in specific markets and nurturing our local relations, which have been meticulously developed and maintained throughout our investment history. Market research and understanding the macroeconomic and microeconomic fundamentals remain our core competency and guide us in our everyday operation. We are prudent throughout our operations from striking the right balance of leverage to applying a responsible reserves policy to each one of our investments.