Exclusive: World-Class Hotel Bucks Music Theme For Movies In The 'Live Music Capital of the World'

As a worldwide destination for music and entertainment, Austin’s experienced explosive growth in the past decade. We talked with Manchester Financial Group president Doug Manchester about how hotels can stand out in this competitive market and SXSW director Hugh Forrest about how the festival's shaping the market. Join them and other industry experts for Bisnow’s Hospitality and Lodging forum in Austin on April 28. 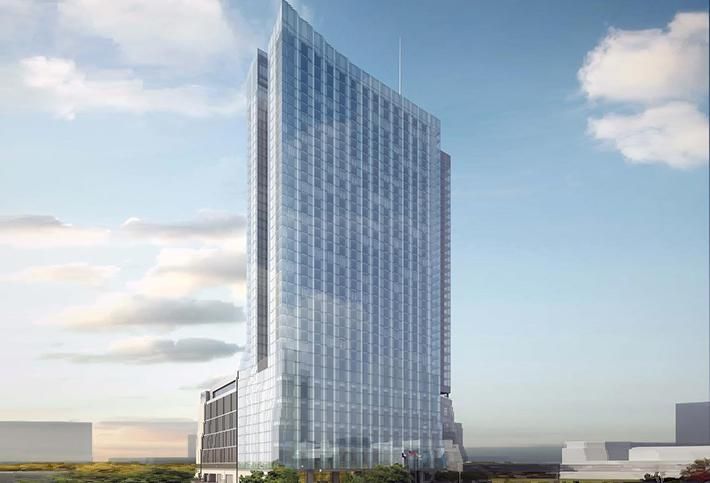 Basic comfort is the cornerstone of the hospitality industry, Doug tells us, but the hotel experience is constantly evolving. The Fairmont will primarily cater to business people and conventions–but it's also going to sell to the Austin community. The company is shifting from a typical big-box experience and aims to sacrifice the grab-and-go model to create a special local experience–and do it by more than rolling out another dull loyalty program. Many hotels in Austin attempt to capture the “Live Music Capital of the World” vibe, but the Fairmont will try something new: film.

Austin is a hub of movie-making, with A-list producers (like Richard Linklater and Zooey Deschanel’s husband, Jacob Pechenik) actors (Sandra Bullock, Ethan Hawk, Matthew McConaughey) and other entertainment people making homes in the city. At the new Fairmont, there will be scenes from movies and black-and-white portraits of actors. The restaurant will resemble a soundstage.

Are companies like Airbnb encroaching on the Fairmont’s business? Douglas doesn’t think so. He sees Airbnb more in competition with boutique hotels than with the more corporate experiences provided by Fairmont. But, he says, Airbnb is right for some.

The effect of SXSW on Austin hospitality has been profound, says SXSW director Hugh Forrest. By some estimates, SXSW brings 50,000 visitors into the city for the duration of the festival, filling hotel rooms, snapping up rental cars, and flooding into restaurants and other venues.

The festival works with Austin hotels to get special deals for the panelists and the attendees, Hugh tells us. They also use 10 hotels to host panels and other interactives.

Small connections make big things, Hugh says; one enabled him to snag the world’s most impressive keynote speaker. Last month, none other than President and First Lady Obama graced the stage at SXSW.

Hugh knew someone a few years ago who had moved on to the White House. Hugh called out his friend on Twitter to introduce him to the president. Things just came together after that, he tells us. The key is just to network.

Take Hugh's advice and network with him and other experts at Bisnow's hospitality event on April 28. Reconnect with old friends, meet new people, and learn about the latest in hospitality by registering here. See ya there!