When travelers return, hotels will be different places, replete with new technology used to provide a safer post-pandemic environment, hotel operators and other experts say.

Some new hotel tech will be an acceleration of trends underway before the pandemic, such as contactless, touchless check-in. Others will represent new frontiers for the hospitality industry, such as robotic cleaning, sanitization, contact tracing and health screening. 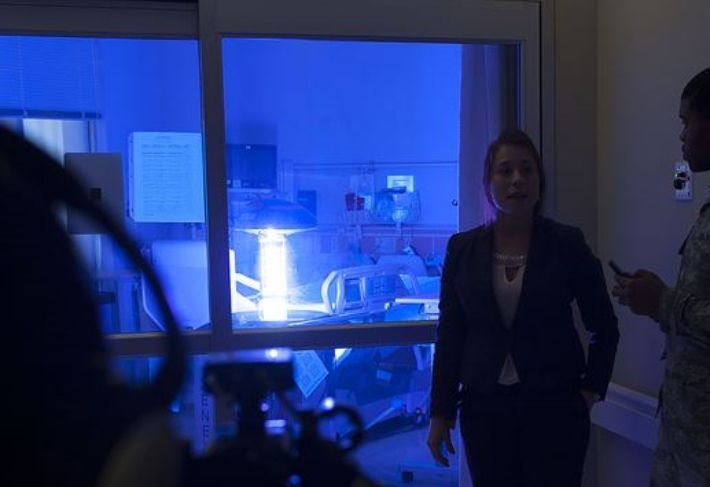 Hotels in other countries are further ahead of the game in some cases, including cleaning upgrades and other measures. In China, Hilton is conducting temperature and travel history checks for guests and employees. Hotel chains in India, including Marriott, the Oberoi Group and Indian Hotels Co., now check the temperature of incoming guests and staff.

Whatever its ability or reach, any new tools employed across vast properties and business empires might also represent a cost burden for an industry already strained.

"Chains especially are going to spend a lot of money to differentiate themselves from other hotels and brands," said Wayfare Ventures Managing Partner Dave Berkus, whose firm invests in travel technology startups, especially in the hotel sector.

"Much will go toward demonstrating to the public their procedure, especially in cleaning and sanitation, are better than [anybody] else's," he said. "It will be a race between the major chains, with independents left behind."

“It’s obvious that any hotel should use, as part of its cleanliness program, electrostatic sprayers like Marriott is using, which start at $199, or UV light room sanitizer devices, which start at about the same price,” he said.

Electrostatic sprayers use liquid disinfecting agents that stick better to surfaces, even hard-to-reach places, because the liquids are imbued with a mild electric charge by the device.

The airline industry turned to electrostatic spraying as early as February, with Southwest, United and Delta expanding the technology to all their flights and more measures planned as flight numbers rise in the coming months, SF Gate reports.

Hotels unveiled their ramped-up cleaning plans mostly in April and May, with some brands taking up electrostatic technology right away, such as Marriott. Others, such as Hilton, are still in the planning stages. Occupational Safety and Health Administration regulations exist regarding electrostatic spraying, with the onus for property use on companies that deploy it, such as airlines and hotels.

“Without standardized processes for safe and compliant use, the benefits of electrostatics could be outweighed by the potential for reckless misuse,” InfectionControl.tips explains. “It is important for operators to remember that electrostatics is not a free pass to blanket the world in more chemicals, but rather to leverage the technology’s efficiency to do more with less.”

RAR Hospitality CEO Robert Rauch said that his company is seriously considering a new kind of cleaning robot that uses UV rays to sanitize hallways and other areas. Such robots have been developed in India and China, initially for use in hospitals. Rauch estimates that his company, which operates about 20 hotels in Southern California, might be able to purchase such a device for $15K to $20K in the near future.

“We already have experience with service robots, which deliver items to guests,” Rauch said. “That’s an effective way to promote a contactless experience, so we’re thinking of renewing when the lease comes up. The UV robots would be in addition to the service robots, not a replacement for them.”

There are many examples of hotel operators jumping into the race to cleaner hotels, Berkus said, and the effort is worldwide.

The plan is so ubiquitous that many hotel chains have been giving cleaning initiatives distinctive names for marketing purposes. IHG Hotels & Resorts has launched IHG Clean Promise, Choice Hotels International calls its effort Commitment to Clean, and Hyatt has announced its Global Care & Cleanliness Commitment. There are many other examples of hotel cleaning initiatives kicked off from mid-April and throughout May, promising to use advanced technologies. 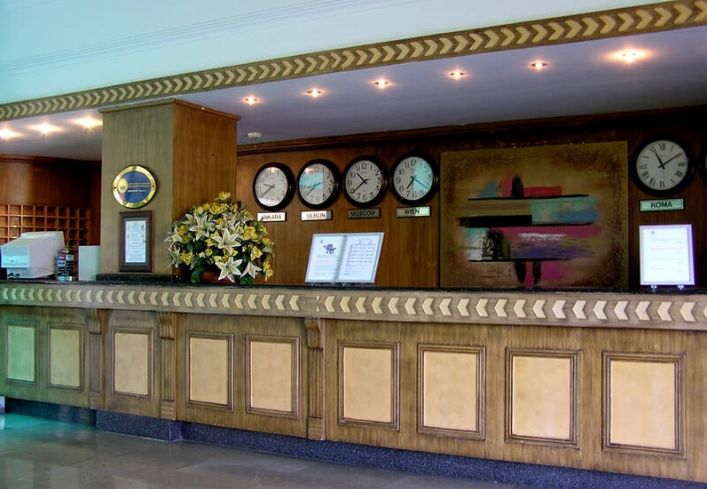 Torange.biz
One mark of a post-pandemic hotel: fewer people at the front desk as guests check in via smartphone apps.

Even before the coronavirus pandemic, hotels had been inching into contactless check-in and touchless tech for other functions. Now, according to Rauch, the industry is fast-tracking it.

“It’s full speed ahead for that technology," he said. "We’re doing touch-free check-in using an app that the brand provides. Guests never go to the front desk or even touch their door, because that opens at the push of a button on their phone.”

Currently, RAR Hospitality is using the technology at all of its Hilton properties and will soon at its others. Before the pandemic, the option was available only for Hilton Honors members, but Hilton soon began offering it to all guests, Rauch said, with the cost of the upgrade shared between the brand and the hotel operator.

Touchless tech will soon go beyond merely checking in or opening doors, Starkov said. Voice assistants, which were coming to hotels rooms before the pandemic, will also be universal before long, even in independent properties, since off-the-shelf voice assistants tend to be a few hundred dollars or less.

“It won’t be long before you see AI-powered voice assistants in each hotel room, enabling utility controls, entertainment, communications with hotel staff and so on,” Starkov said.

“Also, entertainment hubs will able to sync the smart TV with guests' own streaming service accounts, and there will be issue resolution and customer service messaging services via the guest's own smartphone, tablet or laptop,” he said.

Hotels are also looking at near-field communication, or NFC, an inexpensive technology enabled on most phones that can facilitate no-touch payments as well as access to guest rooms, gyms, pools and other areas, Hospitality Financial and Technology Professionals CEO Frank Wolfe said.

“Currently, all of that is possible on Android devices, while on Apple devices it can be used only for payment,” Wolfe said. “Also, besides NFC, RFID devices can be used for payment. Making this option widely available would aid in contactless operations at hotels.”

RFID devices do not require physical contact between the devices and point-of-sale terminals, and can be embedded into everything from traditional plastic cards to key rings, watches and phones. 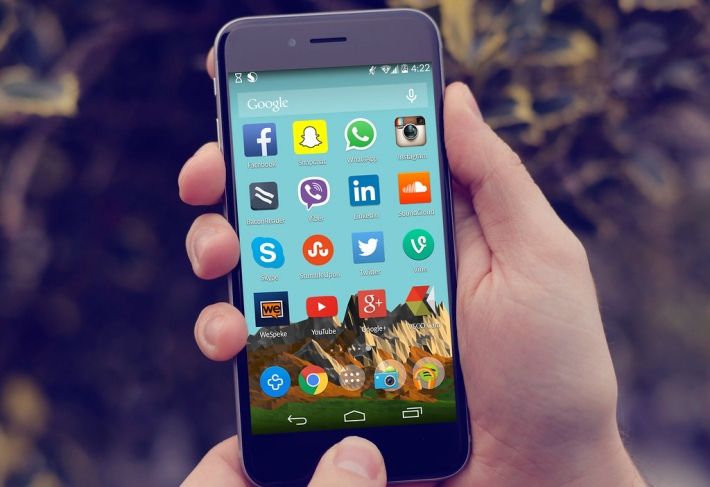 Flickr/Mike MacKenzie
Apps are being used to operate hotel doors and much more, reducing the need to touch surfaces.

Other tech might be fully behind the scenes, hospitality experts say. But cost will be a constraint as the industry continues to suffer from historically low occupancy and revenue.

For instance, it is theoretically possible for hotels to install thermal cameras, sanitation booths and other technologies that airports are starting to use to uncover COVID-19 cases, but it isn’t likely. The industry is going to have to make do with less expensive tech, Rauch said.

“Hotels can utilize laser thermometers that take guests' temperature, much as retailers do, and use name badges that tell you where every employee is at any given time,” Rauch said.

He said his company is planning to invest in both technologies, though he isn’t sure yet how useful they will be in the context of the pandemic, especially chipped name badges that use GPS technology to track employee location when they are on the job.

“That might help improve productivity and cut down on theft and could potentially be used to alert employees about social distancing,” he said. “But we’re only alpha testing the technology at one location now. It will take time to understand how useful it is.”

There are other issues as well with health-screening tech. Hotel chains in other countries might screen guest health, but it isn't clear how that type of screening would be accepted in the U.S.

“Some of the less visible things being discussed by the hotel industry’s major players include more complicated legal and civil liberties questions, like mandatory health screenings based on where you flew in from,” Peter Lane Taylor wrote in Forbes. “Who conducts these? What paperwork do you have to sign?”

Some tech will be used to help restore the traveling public's confidence in the hotel industry. Travelers may also want some kind of assurance that hotels are dealing with the realities of the coronavirus, including metrics showing that they are cleaner than before or using new methods that will help reduce potential exposure to the virus.

“With the impact on travel, the ability to conduct remote virtual tours is a critical technology we’ve added through our partner, Realync, that allows clients to tour the space live with a sales team member,” said Jeff Brainard, vice president of sales and marketing at Southern Management Corp., the management company of the Hotel at the University of Maryland.

“The technology also allows the hotel to customize videos easily for clients so they can see specific parts of the operation,” he said. “As business starts to return, the ability to highlight new operating practices in real time will assist in restoring confidence to both travelers and planners.”

Wolfe suggests that smart floors might also play a role in hotels in the future, though the tech is new enough to make its cost a wild card. Smart floors, which are an emerging tech sometimes found in hospitals, use a network of in-floor sensors to generate data about what is going on in a given space.

“Smart floors detect people movement and distancing, which is helpful for staff to understand where the highest touch areas are, as well as detecting where a cleaning has been done,” Wolfe said. “Both sets of data can be recorded on the same network.”

Hotels also need to double down on existing profit optimization technologies, using them for all they are worth during these hard times, Starkov said.

Customer relationship management systems are needed now more than ever to acquire and retain guests and boost repeat business, he said, which is 10 to 15 times cheaper than acquiring new guests or acquiring online travel agency, or OTA, customers. The cost of acquiring new guests varies among properties but can be as much as 25% of room revenue for independent hotels whose guests book through OTAs.

“Today's RMS technologies have advanced to a level unthinkable even five years ago and have become real-time, automated price-and-strategy recommendation engines, powered by AI and machine learning,” Starkov said. “An RMS in place, coupled with an experienced revenue manager, can lift room revenues by 20% to 40%.”