Walmart, which has established urgent care clinics in stores in Texas, Georgia and South Carolina, is planning to open a stand-alone clinic next to its store in Dallas, Georgia, in September. This new clinic will be called Walmart Health, as opposed to the others, which are Walmart Care Clinics. 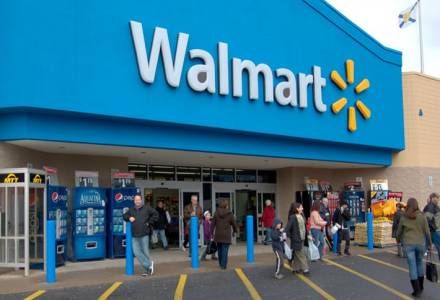 The new facility will offer a wider array of healthcare services than the existing Walmart clinics, including primary care, dental, mental health counseling, lab tests, X-rays and audiology. That represents a deeper push by the retail giant into the healthcare sector, and the retailer may open more of them, CNBC reports, citing anonymous sources.

Walmart did not specify why it picked Dallas, Georgia, which is in Paulding County west of Atlanta. The city does, however, have a population of more than 13,600, about 15% of which are below the poverty line, according to the Census Bureau.

The estimated number of people without health insurance in Georgia is about 20%, and among those at or below 138% of poverty level, the rate is over 40%.

Though its clinic accepts insurance, presumably Walmart is also looking to capture business from the uninsured, who face higher costs but also often lack a usual source of care. A 2018 Kaiser Family Foundation report says that half of uninsured patients cite the lack of a usual source of care as a barrier to healthcare.

The existing Walmart Care Clinics publish what a visit costs, and what lab, vaccine and injections cost without insurance. That kind of openness is vanishing in the standard healthcare industry, despite recent efforts to add transparency to costs.

The growth of healthcare clinics associated with retailers is part of a larger movement of the industry to an outpatient setting. As healthcare enters this new era, companies providing outpatient services are on an upswing, Meridian CEO John Pollock told Bisnow.

The migration from inpatient to outpatient has contributed to a decrease in the national occupancy rate for hospitals from 77% to 61% since 1980, according to a new report from JLL, citing data from the Medicare Payment Advisory Commission. Also, property owners and managers looking to fill vacancies in a short period of time have turned to healthcare providers to take over these spaces.