Fed Delivers Dovish Rate Hike Forecast to Surprise of Many 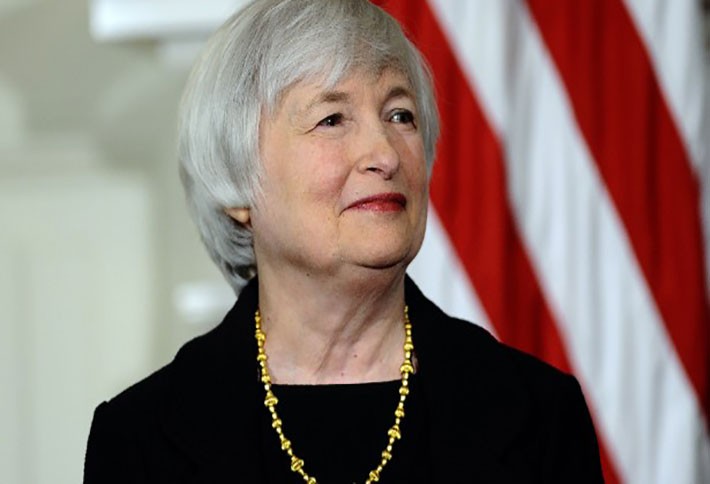 The Federal Reserve released a statement today that suggested an interest rate hike may come later than widely expected. At the end of a two-day meeting the US central bank said unemployment could fall further without leading to the sort of inflation that would trigger the first rate hike in a decade. Wage growth would also likely have to grow for the Fed to move rates away from historic lows. At the same time, by failing to mention "patience" regarding benchmark rate increases the organization hinted at a potential increase later this year rather than in June as many had expected. The surprise move pushed the Dow Jones Industrial Average up 194.04 points and S&P 500 up 23.79 points with minutes left until market close. [AP]

And here's a video recap via Bloomberg of yesterday's meeting with Yellen explaining the action: