Warehouses Are Being Repurposed After Sitting Empty For Decades

Old warehouses that have sat empty for decades are finding new purpose across the country.

Manhattan’s SoHo neighborhood was one of the first to repurpose warehouses by turning them into studios and apartments in the 1960s. Though this trend typically takes place in more dense urban markets, more recent conversions have started to expand outward into suburban areas, the New York Times reports. 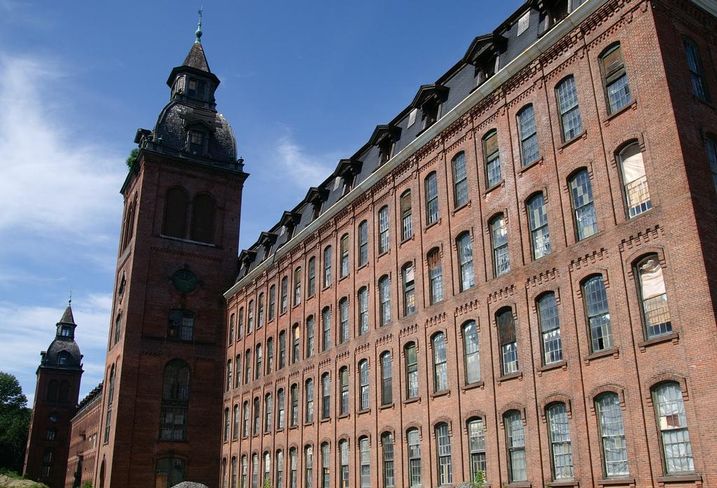 Power plants, churches, schools and factories have all become candidates for adaptive reuse projects now that industrial décor such as brick-and-beam offices has grown in popularity in both metro centers and suburban areas.

The Ponemah Mills complex, which is made up of about a dozen buildings in Norwich, Connecticut, is being transformed in a $98M plan that will create lofts, stores, a gym and nature trails. The building, which first opened in 1871, has been largely void of activity since mill operations ceased in the early 1970s.

Phase one of the project is anticipated to cost $38M and will turn the main mansard-roofed building into one- to three-bedroom apartments and a museum that immortalizes the mill, which was known for producing cotton fabric, typewriter ribbons and wings for airplanes, the NYT reports.

Repurposing does not necessarily mean changing the physical appearance of the structure.

The former Arthur Kill Correctional Facility in Staten Island is being made into a film and television studio by production company Broadway Stages, which closed on a $7M deal to purchase the property in August. The company plans to invest another $20M into the refurbishment of the space, having already put it to use as a set for TV series including "Orange Is the New Black," "The Blacklist" and "Blindspot."