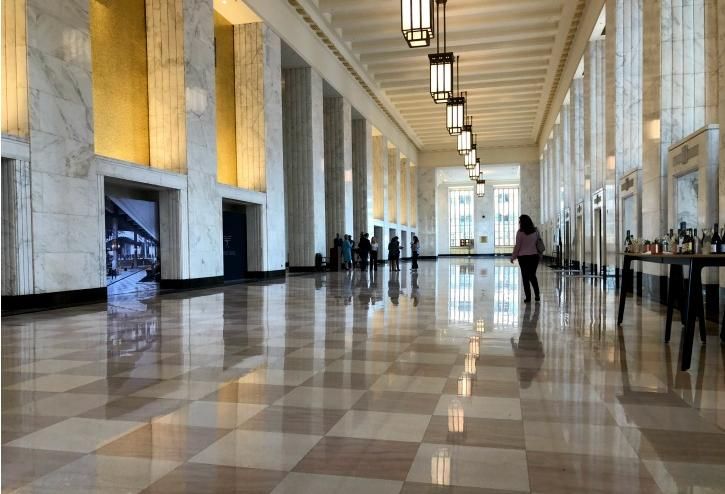 From old fire departments to post offices that succumbed to the demise of snail mail, buildings across the country have fallen prey to shifting markets and the rise of technology.

But what is old can be made new again and these buildings are proof of that. In Austin, Texas, a former electrical power plant has since been revitalized into a multiuse complex with residential, retail, office and hotel space. In Pittsburgh, a former place of worship now serves as a brewery and restaurant.

Here are seven buildings that have been repurposed and turned into trendy facilities for modern use. 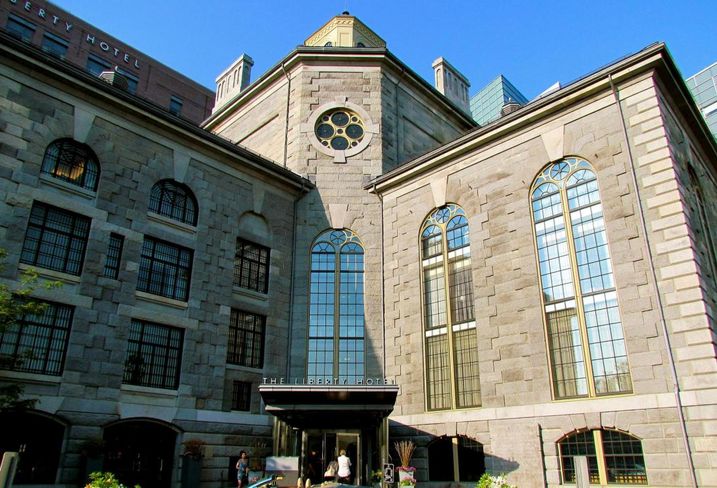 For 120 years, prisoners along Charles Street in Boston were housed in the quarters until the property was declared to be in violation of the constitutional rights of the inmates in 1973.

It was not until 1991 that the jail was acquired by Massachusetts General Hospital. A decade later, a team consisting of the Massachusetts Historical Commission, the Boston Landmarks Commission, the National Parks Service and the Boston Redevelopment Authority worked together to both repurpose and preserve the facilities by redeveloping them into something for modern use.

The Liberty Hotel, which opened in 2007, includes design elements from the former jail, such as the main atrium, which includes 90-foot ceilings. Former cells have also been preserved in the hotel’s restaurant. 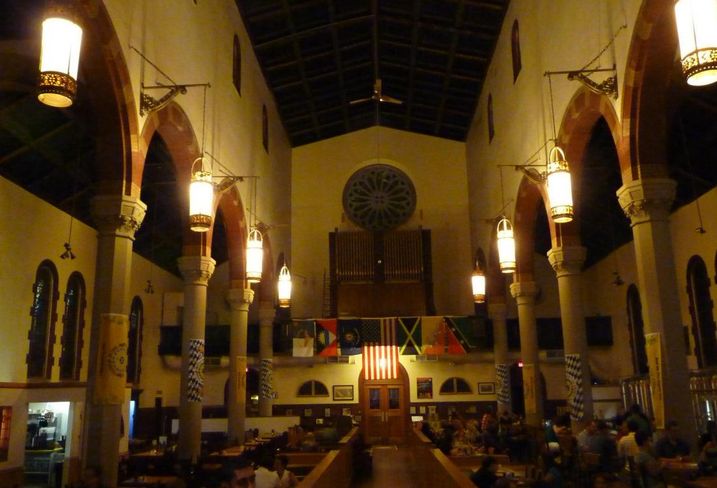 As the name hints, The Church Brew Works, a current brewery and restaurant in Lower Lawrenceville, was once a place of worship.

St. John the Baptist Church was built in 1902. Thirteen years later a fire broke out and caused major damage to the church. It was ultimately restored with new floors, altars and paint and went on to serve as a shelter for nearby residents when Pittsburgh's three rivers flooded.

The church continued to operate until 1993. In 1996 the building was acquired by The Church Brew Works and after three years of construction, it opened to the public. 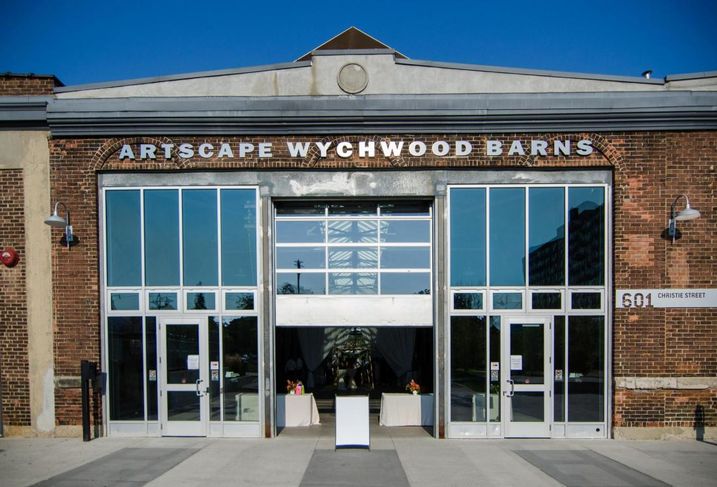 What was once a streetcar and maintenance facility in Toronto's west end has now been turned into a creative live-work space for artists.

The building was erected in 1913, but was closed by the Toronto Transit Commission in 1978.

The 60K SF community space reopened to the public in 2008 as Artscape Wychwood Barns. In addition to providing living space for artists, the building features rehearsal and event spaces, an art gallery, a year-round greenhouse, a sheltered garden, a compost demonstration site and an outdoor bake oven. 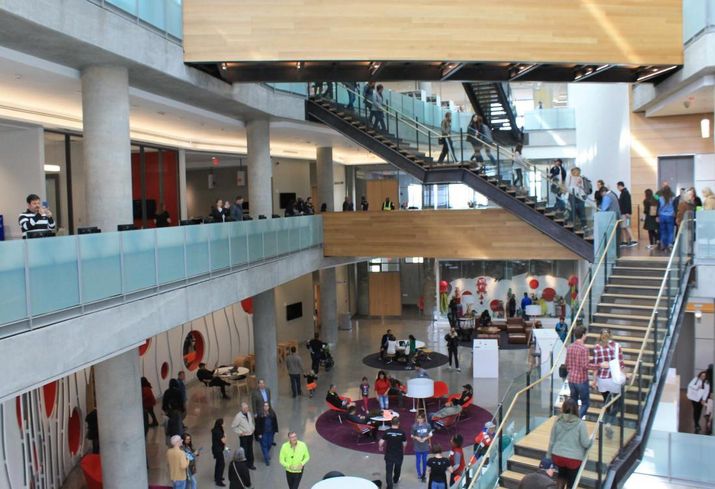 Designed by architecture firm Lake/Flato and design firm Shepley Bulfinch, this public library was once home to a green water treatment plant that sat vacant on a brownfield site for several decades, Curbed reports.

The library is just one part of a site in downtown Austin, called the Seaholm EcoDistrict, that includes residential, office and retail space, in addition to restaurants and a hotel.

The 198K SF building is a LEED Platinum project and boasts a six-story atrium surrounded by books and reading porches with views of the lake and Shoal Creek. The building is also home to a cookbook-themed coffee shop. 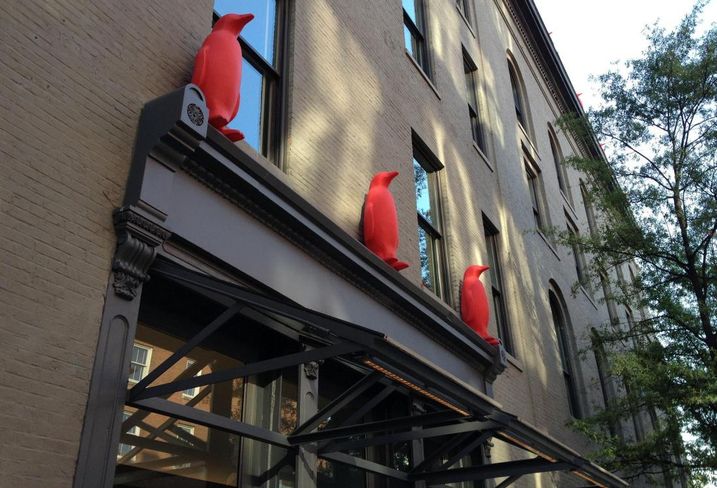 21C Museum Hotel, a contemporary art museum and boutique hotel, was once used for a much less elegant purpose. At one time, the 19th century warehouse buildings of the 21C Museum Hotel served as storage facilities for bourbon and tobacco.

Today the hotel, designed by Deborah Berke & Partners Architects, features 91 custom-designed rooms and a restaurant called "Proof on Main." The menu includes 120 different types of bourbon. The museum features 9K SF of exhibition space and displays work from artists around the world. 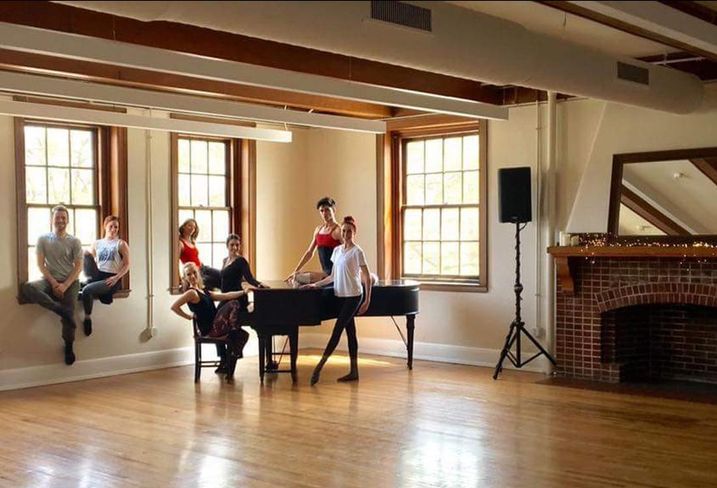 The armory was built in 1916 and was used by the guard until 2013, after which point it sat vacant, Daily Local News reports. When it was purchased by Uptown! in 2015 for $760K, the 14.3K SF three-story structure had only one working toilet and a furnace that had not been replaced since the 1970s. There was also no air conditioning or handicapped access.

The group raised $4.2M in order to preserve the building and turn it into a theater that is now used for both film and live performances. The theater is currently home to eight resident companies and three separate performance spaces. 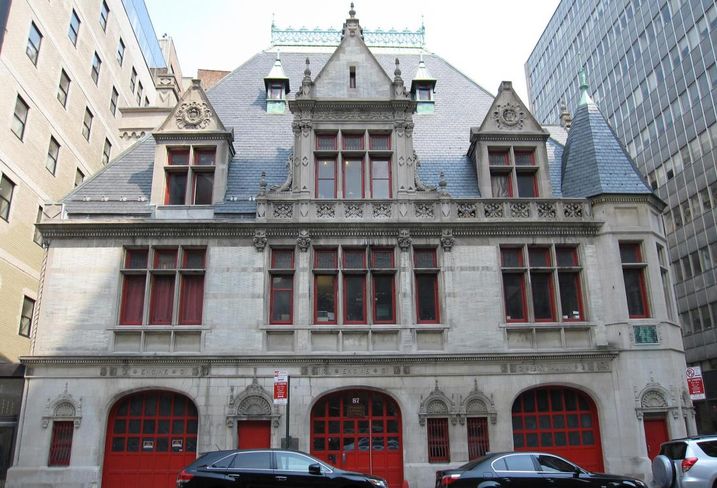 The historic old firehouse at 87 Lafayette St. in New York City was built in 1896 by architect Napoleon LeBrun. The total cost to develop the building was $80K.

For many years, it served as a firehouse and was occupied by Engine Company 31 before it was decommissioned by the New York City Fire Department in 1972.

By that time it had already been added to the National Registry of Historic Places to ensure it would be maintained in its state. Nearly two decades later, the building was purchased by Downtown Community Television Center and the Chinese-American Planning Council for $400K. The group performed restoration work and while it is now used as a community media center that provides editing facilities, youth programs and filmmaking workshops, it has been left largely in its original state.