From Frank Gehry designs and a university inspired by Midwestern grain silos, here are 13 of the most architecturally stunning law school buildings across the country today. 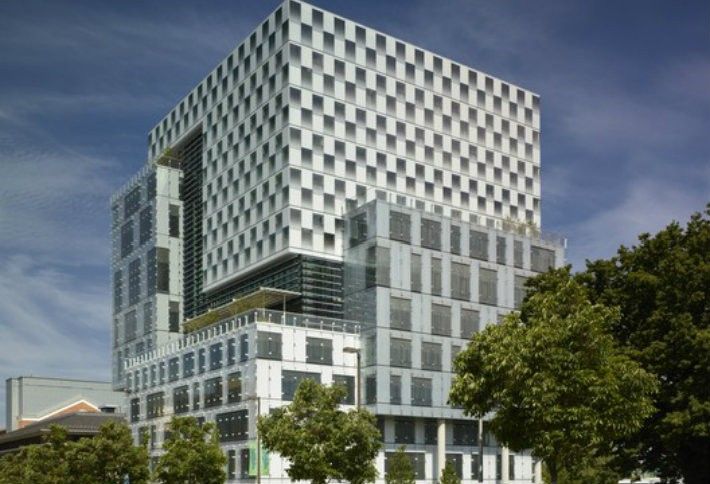 Most interesting: This law school is one of the first in the country to be certified LEED Platinum.

The John and Frances Angelos Law Center at the University of Baltimore is one of Baltimore’s—and the nation’s—greenest and most energy-efficient structures. The building was designed by the Boston office of Behnisch Architekten. Large glass cubes intertwine, allowing natural light to permeate the interior. The sustainable building also features a rainwater-harvesting facility, a green roof, and a sunken garden with native plants. 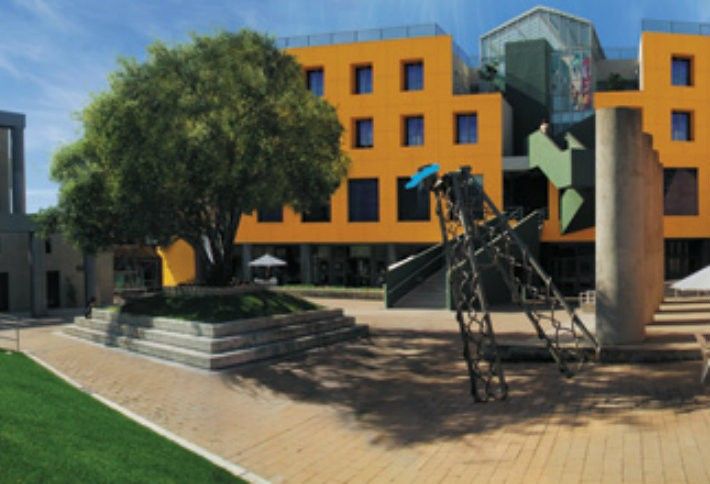 Most interesting: Before Frank Gehry's contemporary designs, the law school consisted of just one building.

Designed by Gehry before he achieved international fame, this campus is full of bright colors, unconventional materials and geometric shapes. Although the school was established in 1920, the modern designs were implemented in 1978—and they were well worth the wait. 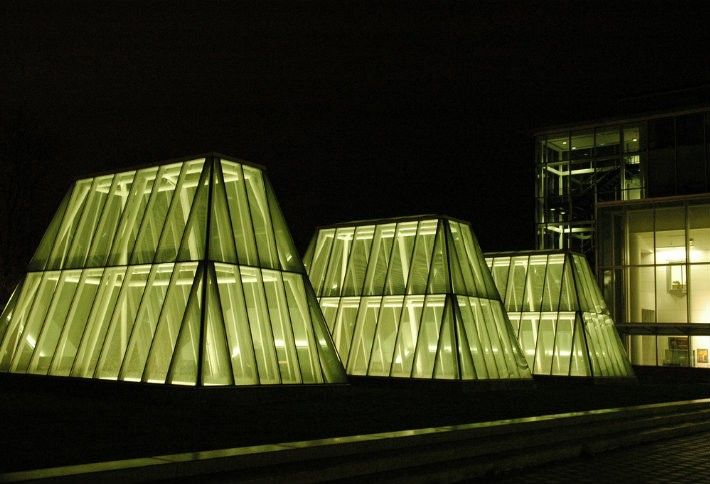 Most interesting: There's a "crying room," where students who are parents can bring their kids. 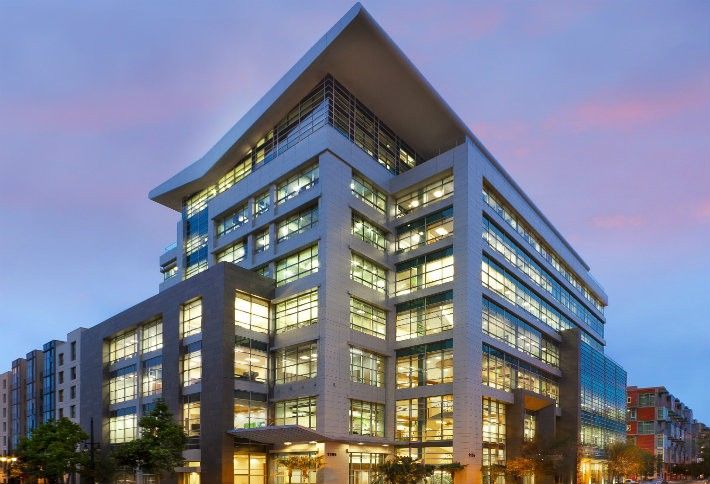 Most interesting: It features an 85-foot green wall that's full of live plants in order to cover mechanical equipment.

Thomas Jefferson School of Law’s new campus in San Diego’sEeast village was designed by Carrier Johnson and earned a LEED Gold certification. The eight-story school is sustainability minded, and includes roof-mounted solar panels and water-efficient landscaping. It's also sort of a museum. While excavating the site, workers uncovered the remains of an ancient mammoth, as well as the skeleton of a 500,000-year-old gray whale—and many of the bones are on display in the school’s library.

Most interesting: You need to book a reservation if you want a tour of this historic building.

The Bullocks Wilshire building is an iconic symbol of Los Angeles, and was originally built as a luxury department store in 1929 before its law school conversion in 1997. Designed by Altoon Partners, the renovation kept many of the building’s period details, but updated the interior while adding garden terraces and floor-to-ceiling windows. 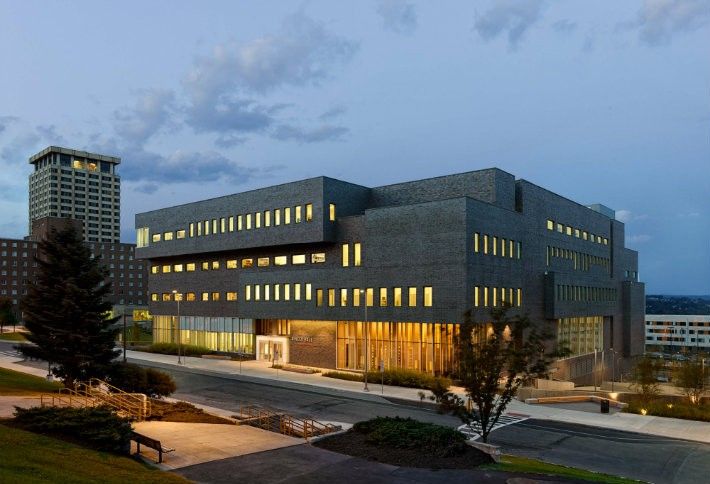 Most interesting: The library is a congressionally designated depository for Federal materials.

Built in 2010, Dineen Hall was designed by Syracuse University Architecture alumnus Richard Gluckman of Gluckman Tang and, like its name implies, was funded by the Dineen family. Their gift was the largest in the university's history, helping to cover its $90M price tag for 200k SF. 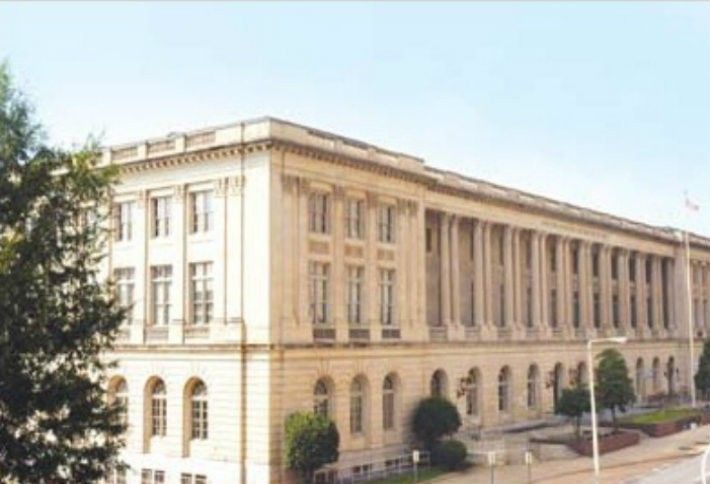 Most interesting: Two of the building's 10 security vaults are student study rooms.

Although this facility recently underwent an extensive renovation that almost doubled its size, architect Bill Nixon made sure the Southern charm stayed intact by retaining many of the building’s original details. The completed structure houses the original decorative ceiling along with an old federal courtroom. 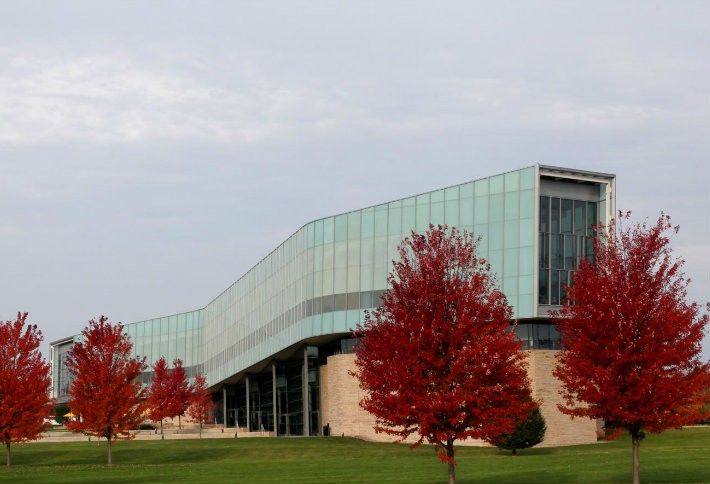 Most interesting: This building is so high-tech, it features advanced high-definition digital audiovisual telecommunications capacity that enables real-time collaborative projects and programs with schools and institutions worldwide.

The Lewis Katz Building stands boldly, glowing with light amongst the rolling hills of Central Pennsylvania. This 114K SF facility is environmentally friendly too—it has a green roof and maximizes the use of daylight with large glass windows. 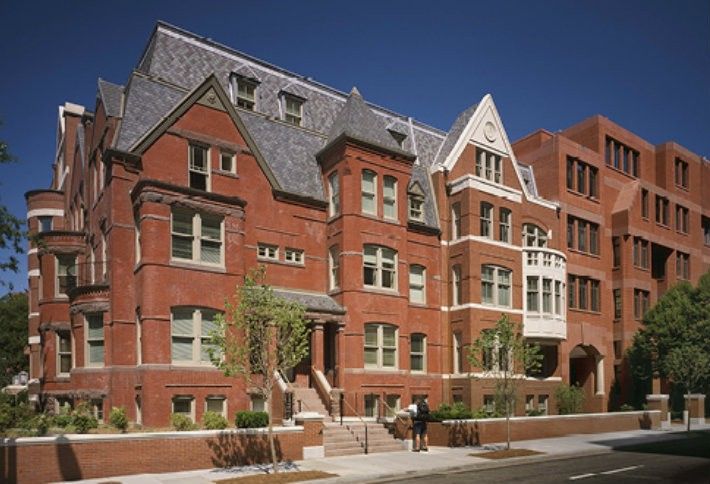 Most interesting: Some of the buildings are connected by internal pathways.

As the oldest law school in DC, this 1865 building was renovated in 2000 to rebuild the interior while maintaining the facade. Designed by Graae & Sparks Architects, the newly renovated facility includes the original President’s House and is just a short walk from the White House. 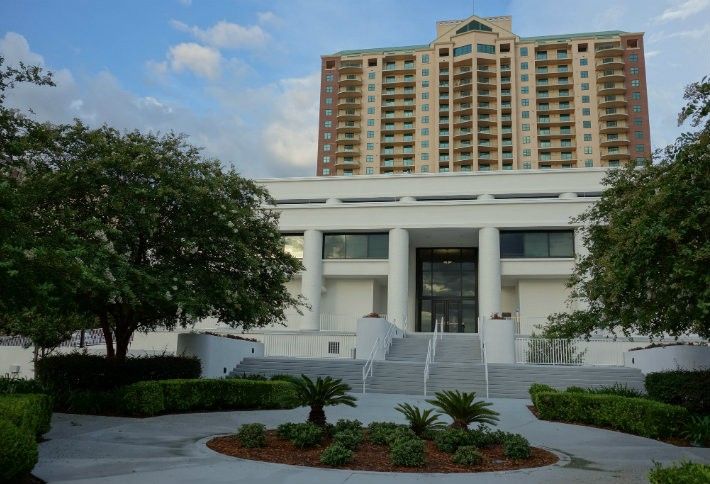 Part of FSU’s Green Building Initiative, the Law Advocacy Center is LEED Silver certified and includes low-flow fixtures and an energy efficient lighting system. This building is frequently used by the Florida Supreme Court and acts a model for the university’s green building campaign. 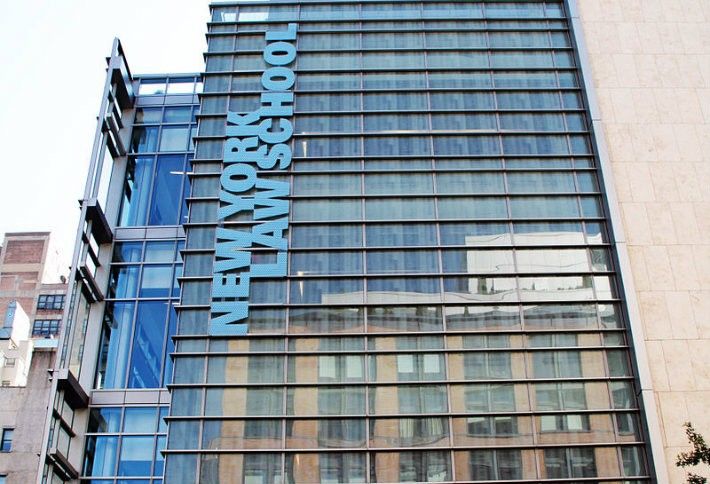 Most interesting: The NYLS recently earned a $5M grant to add new facilities like clinics and moot courtrooms.

As the first sizable building—at 235k SF—project completed in Lower Manhattan after 9/11, construction began on the $80M building in 2006. The building features a five-story striking glass facade that brings natural light to the interior, which was designed by Smith Group and BKSK Architects. 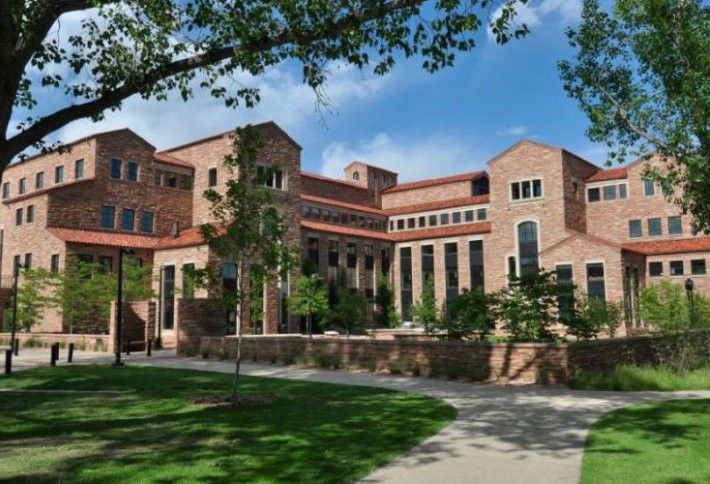 Most interesting: The courtyard of this building even features a barbecue.

Students wanted this building so much that in 1997, they voted to increase their own tuition(!) to help finance it. This state-of-the-art facility is LEED Gold certified and offers technologically advanced classrooms with touch-screen control systems. It also has energy-efficient lighting, rooftop solar panels and an electric car charging station. 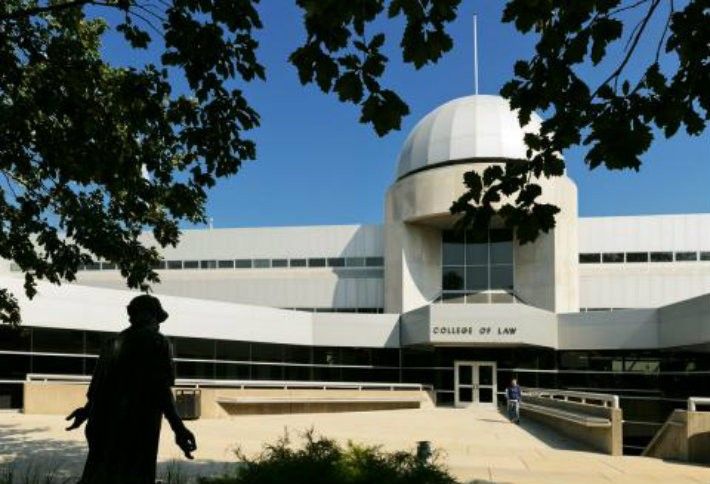 Most interesting: This building sits on the slope of a bluff.

Constructed by Gunnar Birkets and Associates, the Boyd Law Building design was inspired by a grain silo. The facility is made out of concrete and aluminum to mimic agricultural structures that are common throughout much of the Midwest.