Goldman Raised $1B For A Real Estate Fund, Putting 2007 Failure Behind It

It was the biggest blot on the copybook of the investment bank that came out of the credit crunch in better shape than any other.

But Goldman Sachs has transformed its real estate business and is back raising huge amounts of capital to put to work in the sector. 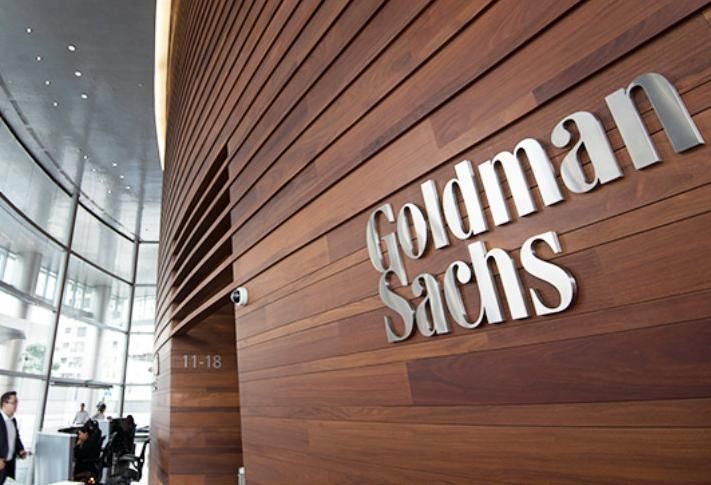 Documents filed with the Securities and Exchange Commission show that the investment bank has raised $1B for a new real estate fund, Broad Street Real Estate Credit Partners III. Further documents show it is on the road looking to raise more capital for the fund, with a source indicating to Bisnow that it is looking to pull in the same amount again over the coming months.

Around $600M came from U.S. investors and the rest from overseas, the documents show. Goldman typically puts around 20% of the equity into the funds it manages.

Goldman raised around $1.8B for the fund’s predecessor, Broad Street Real Estate Credit Partners II, in late 2014, which the bank said gave it the ability with leverage to deploy around $4B in real estate credit.

The fund is a debt fund, meaning it provides senior and mezzanine lending and preferred equity rather than making equity investments. This means it can bypass the Volcker Rule, the post-financial crisis regulation that stopped banks from launching and investing in hedge funds and private equity funds — debt funds are not covered by the rule as they are considered less risky.

The capital-raising is part of the major overhaul of Goldman’s real estate business that has been ongoing for the past five years, and shows investors have regained confidence in a business that was on its knees in the aftermath of the credit crunch.

Put the words “Goldman” and “Whitehall Street funds” into a search engine and reports flow down the page about how the real estate private equity funds business previously run by Goldman failed as a result of making highly leveraged acquisitions at the top of the market. U.S. hotels and casinos and German department stores were a particular problem for it.

As of 2010, the last Whitehall Street fund, which was raised in 2007, had lost 98% of its equity, according to reports. At that time around one-third of the equity in its funds came from employees and the bank’s balance sheet.

But Goldman began turning its property business around. The senior real estate investing team, led by Ed Siskind, departed, and it worked the assets it still owned to recoup some of the money lost for investors. Return figures for the funds are not publicly available, and Goldman declined to comment, but they are thought to have improved from that 2010 nadir.

Goldman set up its first real estate lending fund in 2008, and since that was successful, and these funds did not fall foul of the Volcker Rule, the second was raised in 2014. It was rebranded Broad Street, after the location of Goldman’s first HQ.

The third fund will carry on the strategy of making large loans to more complex portfolios and assets to get better returns than those available on more conservative lending.

The lending market is less transparent than the direct acquisition market, but an example of the strategy can be found in the €337M loan Goldman provided to Dutch company Merin to refinance its portfolio of small secondary offices across the country.

Goldman has not exited the world of direct equity investments in real estate — far from it. But rather than make these investments through funds, it now does so using its own balance sheet in joint ventures with institutional partners.

It has bought a significant amount in non-performing loans — a trawl through its 155-page quarterly report shows it has exposure to NPLs of around $16B, although it will likely have paid a fraction of this price for them.

The report shows it has around $1.3B of its own money invested the real estate funds it manages. It is unclear how much of its balance sheet it has invested in other direct commercial real estate equity plays, given the different ways it accounts for these investments, but somewhere between $4B and $8B is a rough estimate.

In terms of direct acquisitions, last year it bought a £350M portfolio of secondary U.K. industrial assets, and was on course to buy a £1.4B U.S. portfolio from the same seller, Swedish fund Alecta, before being beaten to the deal by Blackstone.

In March this year it teamed up with Crescent Real Estate and Lionstone Investment Partners to buy a $170M portfolio of offices in Boulder, Colorado, according to Real Capital Analytics.

And in May it completed a €500M portfolio acquisition of assets across Europe from German fund SEB Immoinvest. It has been a prolific investor in second-tier European markets like the Netherlands and Finland.

Perhaps its most successful direct investment since the credit crunch has been its foray into U.K. student accommodation, where it backed Greystar on purchases totaling around £1.5B. It has combined these with £500M of student assets owned by the Wellcome Trust to create a £2B platform that could be floated or sold.

In most aspects of its business Goldman is seen as a master at navigating choppy waters, and to painfully extend the nautical metaphor, sailing close to the wind.

A decade ago in real estate it did the latter but not the former. Its latest fundraising may indicate it has regained its reputation.