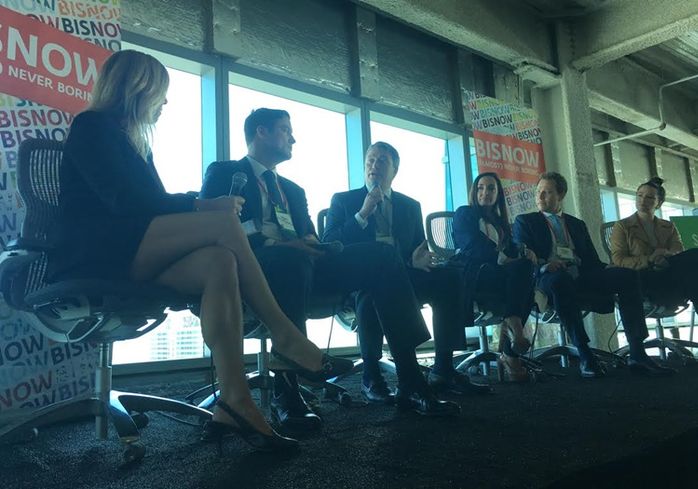 Co-working providers are still bullish on Miami's office market. How bullish? A phone call a week, said one of the region's top office brokers.

“There's more and more coming on a daily basis. I think our phone rings once a week with a new co-working operator,” said CBRE first vice president Grant Killingsworth, during Bisnow's State of the Office event this month.

He was part of a panel on the future of the workplace, along with Quest Workspaces CEO Laura Kozelouzek, Brightline senior vice president John Guitar, AEI founder Juliana Fernandez, Swire Properties senior vice president Ed Owen, and Natalia Martinez-Kalinina, director of Converge Miami, which is run by the Cambridge Innovation Center Miami.

Co-working environments “help foster an environment of innovation," Killingsworth said. "Back in the day, when good ideas were coming out of people's garages or in the hallways, now we have the right format for them to be startups and innovators.”

“I think there is a general buy-in from a variety of sectors in this idea that having proximity and plurality in the workforce leads to better ideas and leads to faster turn of innovation,” Martinez-Kalinina said.

Cambridge Innovation Center's 350K SF location in Boston not only has small startups, but also has offices for corporate giants Apple, Boeing and Nestlé.

“They want to be close to the entities who are doing more innovative things,” she said.