Two new multifamily developments in Los Angeles are getting a unique Tetris-style semi-automated parking system that could lead to a shift in how residents park their vehicles. 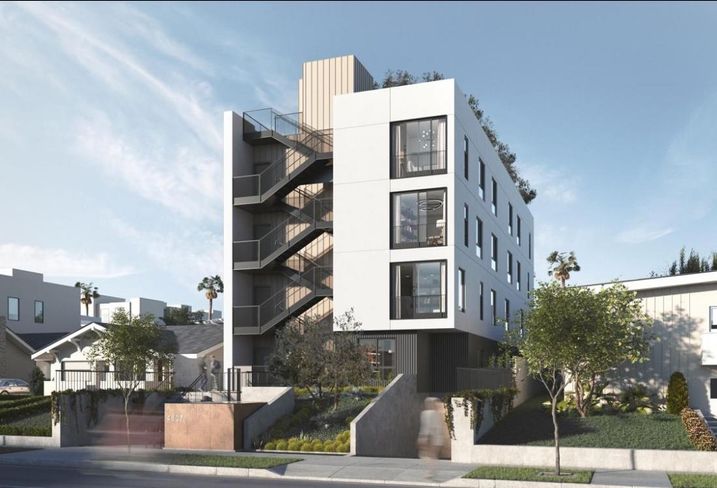 Multifamily developments in Los Angeles are required to have two parking spaces for each two-bedroom unit, one and a half spaces for one-bedroom units and one space for studios.

But the innovative system by Oakland-based CityLift could start a trend in the city’s multifamily landscape that allows developers to build more density with less space, Aftalion said.

The property on 1233 South Dunsmuir in mid-Wilshire will offer 18 parking spots, while the project on 4807 Elmwood Ave. in Larchmont will have 16 parking spaces.

The puzzle shift — sometimes referred to as a puzzle lift — system appears as a stacked four-by-two grid. When a resident parks in a reserved spot, the system shifts or slides the vehicle or lifts it into place. The cars can be accessed independently.

It takes an average of 30 seconds for a resident to retrieve a vehicle. 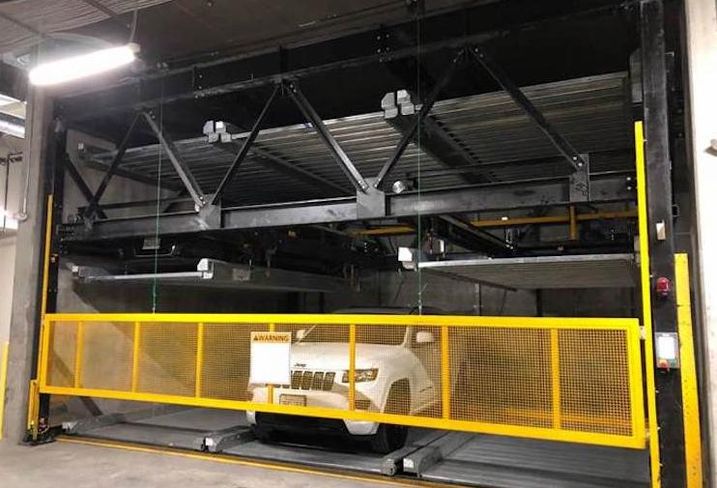 Using this kind of parking system allows Markwood to build more units, maximize the site and be cost-effective, Aftalion said.

When Markwood purchased the site on Dunsmuir, a former three-bedroom home in a R3 or multifamily zone, it was a long and narrow 8K SF lot.

Normally, a developer planning to redevelop this land as multifamily with no density bonus could build a total of eight units, Aftalion said.

But by applying for the city’s density bonus program to provide at least one low-income housing unit and using this kind of a parking system brought up Markwood’s unit count to 14 and doubled the lot’s square footage.

The Dunsmuir project will feature a mix of studio, one- and two-bedroom townhomes and two-bedroom units, Aftalion said. R&A Architecture & Design is the architect for both projects.

“We’re developing LA’s version of the rowhouse-styled homes you typically see in New York,” he said.

The parking system costs about $12K to $15K a spot, he said. Though some might think that is a lot, Aftalion said the price is inexpensive compared to the cost of excavating and building out a larger subterranean parking garage.

He also said being able to build additional units in the development offsets the cost of the parking.

CityLift Vice President of Business Development Melissa Kakuk said she has noticed more developers are adding puzzle shift systems to their projects. The company has 10 permitted projects currently in the works in the state. By the end of year, the company expects to have 5,000 spaces contracted nationwide — mostly in California.

With the cost of construction and land rising and demand for large parking structures going down, this is a cost-effective solution, she said.

Parking normally accounts for 15% of a development's cost, she said.

The system uses up less space and each stall could be equipped with an EV charging station.

"I think it’s important to adapt to the changing times," she said. "Soon there's going to be autonomous vehicles and just look at the percentage of people using ride-shares. It doesn’t make sense to use valuable land [for a parking garage] that will become obsolete in the future."