El Segundo officials are pushing to transform Smoky Hollow, a former industrial area, into an eclectic mix of creative office, research and development and light industrial with cafés, art splashed on the walls, bike paths and pedestrian walkways. 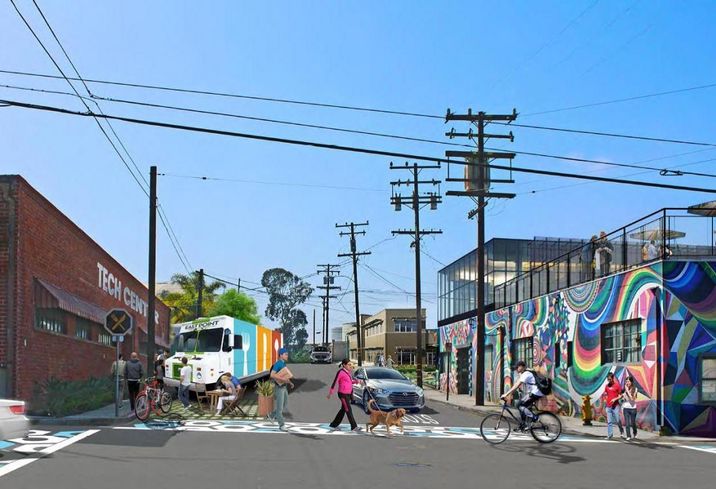 The plan has been in the works for years but is reaching its final stages before it can be presented formally to the planning commission and later the city council, El Segundo Planning Manager Gregg McClain said.

“We’ve been seeing a change in the type of tenants that are coming here, now we’re just helping to make this transition happen,” McClain said.

Over the past several years, El Segundo, a small city next to the Los Angeles International Airport and with a population of 16,000 people, has seen a rise in creative tenants occupying space at Smoky Hollow.

The 120-acre area sits next to the former Standard Oil Refinery site, which is now a Chevron refinery. 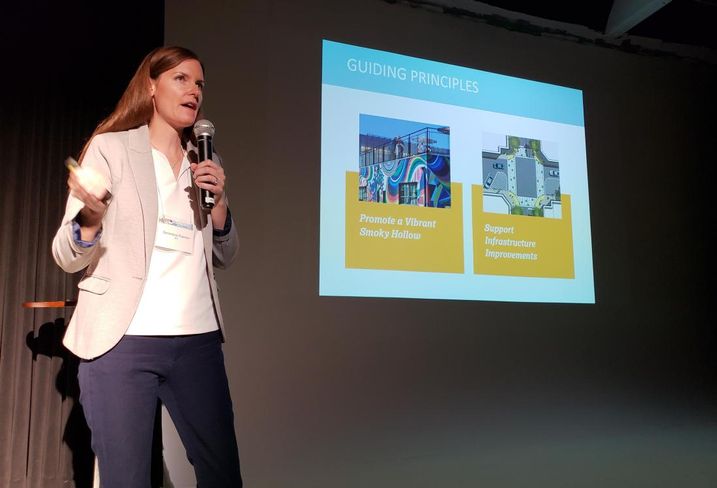 Back in the days, plumes of steam from the refinery used to cloud over the Smoky Hollow district, giving the area its name. During World War II, Smoky Hollow was home to aerospace and other heavy industrial and manufacturing businesses to support the war.

Those heavy industrial businesses and the steam from the refinery have passed into history but the name and mid-century industrial buildings have remained.

In 2000, officials said the limited demand for industrial buildings resulted in the decline of the area.

But in recent years because of its proximity to Silicon Beach, Venice and West Los Angeles and affordable average office lease rates of $3.30 per SF compared to more than $5 per SF in Santa Monica, Smoky Hollow has become a hub for creative tenants such as design firms, architectural companies, movie production studios, tech and aerospace startups and more, El Segundo Economic Development Manager Barbara Voss said.

The creative tenants have rehabbed the old buildings and have made a positive impact in the Smoky Hollow district.

“We’ve seen a migration of industry changing here,” Voss said. “The Smoky Hollow specific plan is our response to that and forward planning.” 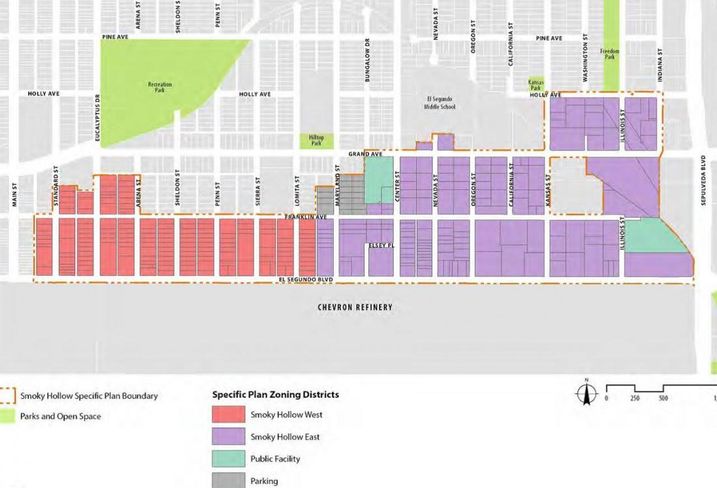 The Smoky Hollow specific plan formalizes what is already happening in the district and adjusting to a new generation of creative office and light industrial tenants.

The plan establishes specific types of land use, transportation, infrastructure and urban design strategies for the area.

There will be space for cafés and small restaurants, McClain said.