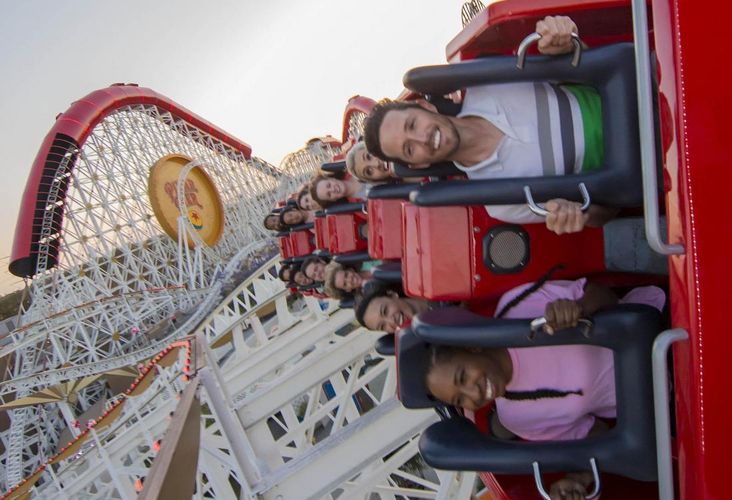 From roller coasters that suspend on the top of a 150-foot track before dropping down 96 degrees, to hybrid steel and wooden coasters that go 74 miles per hour, across the nation theme parks have brought in several new attractions for the summer.

Since the success of Disneyland in Anaheim in 1955, theme parks have become commercial anchors in many communities across the nation, annually bringing in millions of local residents and tourists, who stay at nearby hotels, eat at restaurants, shop at stores and lure business investors to build around the park.

In North America, the top 20 theme parks attracted 151.4 million visitors in 2017, a 2.3% increase from the previous year, according to the 2017 Theme and Museum Index Report compiled by AECOM and the Themed Entertainment Association.

Like years past, to continue to bring in visitors, theme parks are investing in new rides, roller coasters and other attractions to keep crowds coming back.

Here are a few new attractions that opened this year from some of the top theme parks in North America. 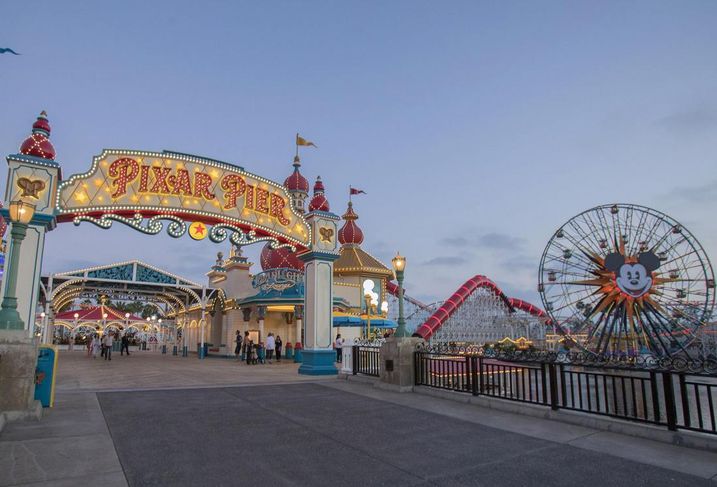 This year, the park re-themed its aging Paradise Pier boardwalk into one of its most popular intellectual properties — Pixar.

At the Pixar Pier, visitors can ride on a 160-foot Ferris wheel with Pixar characters such as “Coco” on the gondola, blast off on the Incredicoaster roller coaster or play Pixar-themed midway games along the boardwalk. 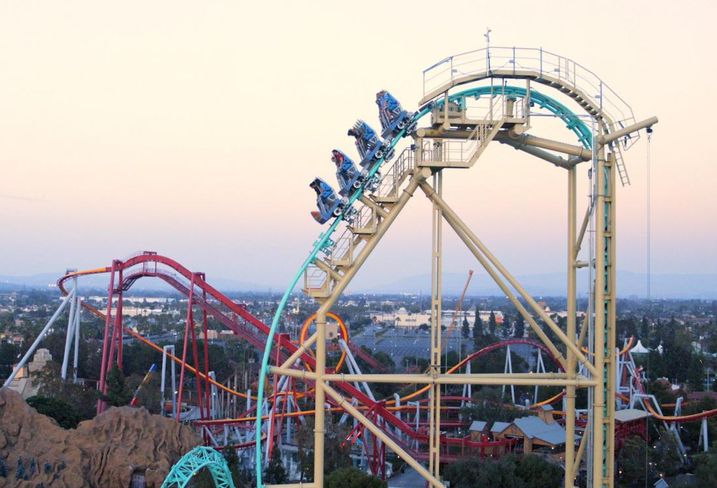 This year, the Buena Park theme park introduced the first and only dive coaster in California.

Called HangTime, the roller coaster climbs riders up 150 feet, "hangs" on top of the track for a few seconds before going down on a 96 degree inverted vertical drop. The coaster's train then speeds 57 miles per hour and loops through 2,200 feet of track. 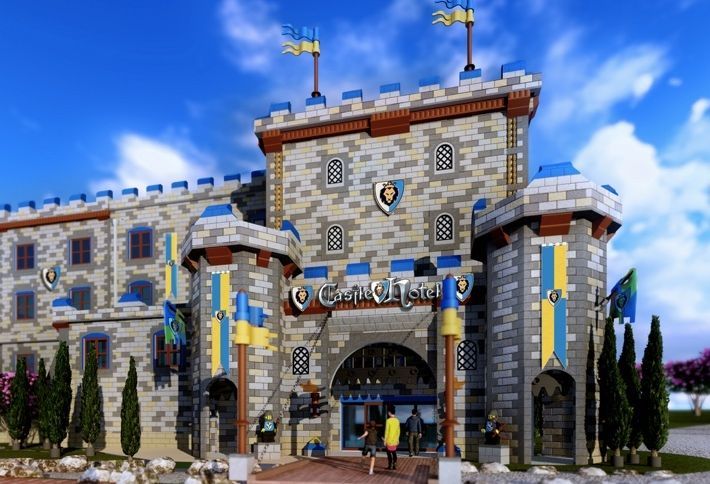 This summer, Legoland has brought in two new additions.

The 250-room hotel is an immersive experience offering visitors themed rooms and plenty of Legos to play with. 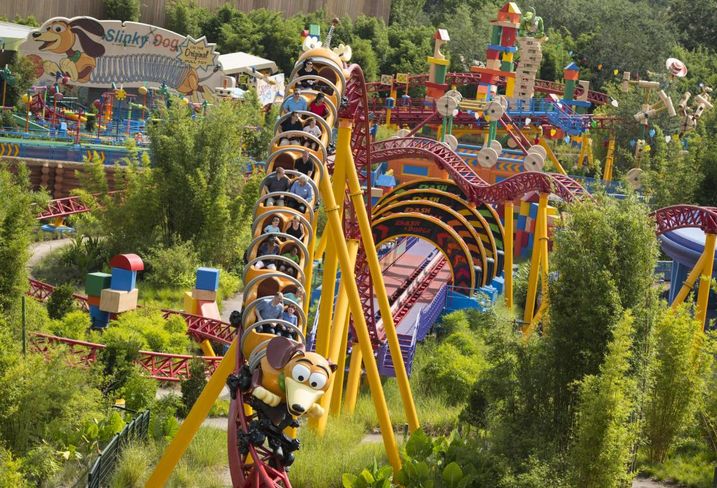 One of six theme parks at Walt Disney World in Orlando, Disney's Hollywood Studios — with 10.7 million visitors in 2017 — has lagged behind its more popular counterparts such as Magic Kingdom, Animal Kingdom and Epcot.

But Disney's recent investments in the park may soon change that.

The land features Woody, Jessie, Buzz Lightyear and the rest of the gang as well as a new family coaster called the Slinky Dog Dash. 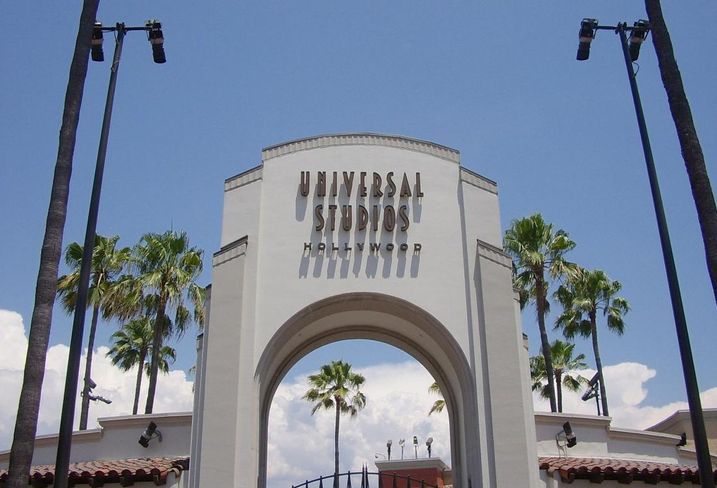 With 9 million visitors last year, an increase of 12% from the previous year, Universal Studios Hollywood continues its upward trend in the theme park rankings.

The attraction is a 4D multi-sensory experience. 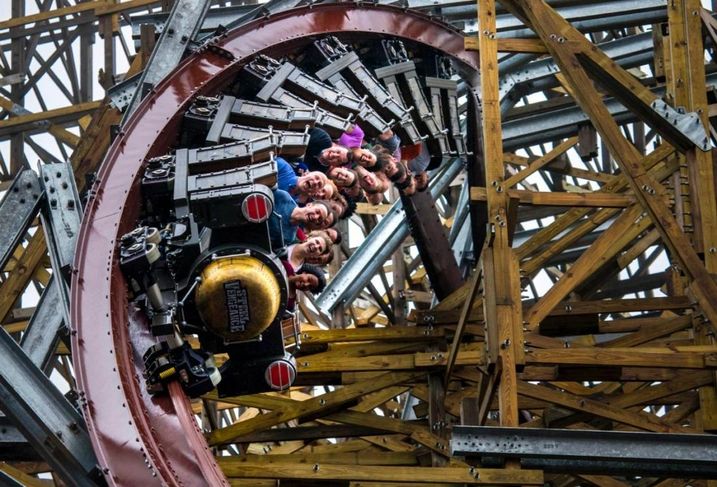 Cedar Point ranks 14th as the most popular theme park in North America. The theme park brought in 3.6 million visitors in 2017, the same as the previous year. 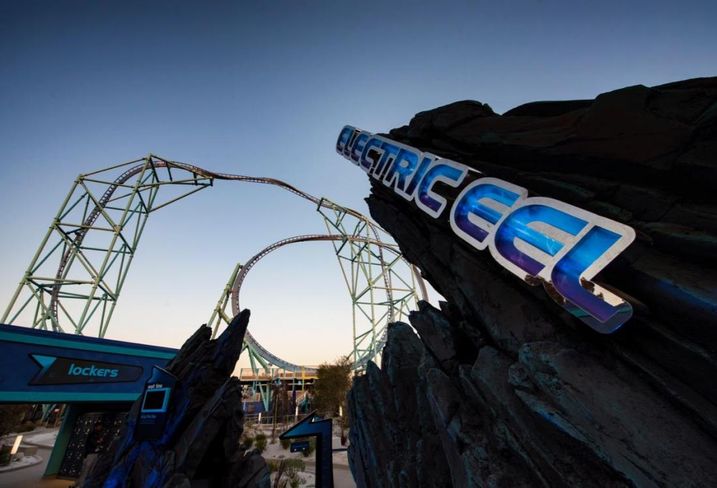 However, the sea-themed park still ranks as the 19th-most-attended theme park in North America.

Since the park ended its controversial killer-whale-breeding program a couple of years ago, the park has refocused on bringing in more new thrill attractions.

This summer, the park opened the Electric Eel, a triple launch roller coaster that takes riders up 150 feet before thrusting 60 miles per hour through a combination of loops and twists on 800 feet of track.