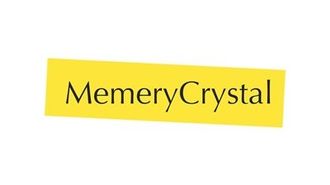 Despite concern over economic fallout after Brexit, the U.K.’s planned departure from the European Union has done little to shake the bedrock of London investment activity. Sales volume in central London is predicted to reach £20B, and could end the year higher than the previous record level of £21.6B set in 2014, according to Savills.

A large contributor to those numbers were the sales of London's Cheesegrater and Walkie Talkie buildings to Asian investors. Foreign investors from the Middle East and Asia continue to turn to London as a stable and attractive destination for their capital. A weak pound has also drawn in an increasingly diverse group of global investors.

Domestic buyers have invested £2.4B in central London commercial real estate, another sign of the positive outlook. A growing appetite for alternative real estate like student housing, senior living, laboratories and data centres has emerged across all buyers.

International law firm Memery Crystal, with its full-service real estate offering, has not seen a slowdown in activity.

“Despite the results of the referendum, Memery Crystal has been consistently busy handling a variety of investment and development transactions from both domestic and overseas clients, reflecting our strong international client base,” Memery Crystal partner Daniel Abrahams said.

Hong Kong-based company CC Land purchased the Leadenhall Building, known as the Cheesegrater, for £1B. The deal was the biggest sale of a single building in the U.K. since 2014, when Qatar’s sovereign wealth fund bought the HSBC tower in Canary Wharf for £1.2B. In October, another Hong Kong buyer, food conglomerate Lee Kum Kee, topped CC Land's purchase with its £1.3B acquisition of 20 Fenchurch St., the Walkie Talkie.

The purchase was the U.K.’s largest single asset transaction. Both deals are also among the biggest Chinese purchases of U.K. property.

Buyers from Asia spent £3.2B in Q4, acquiring about 68% of all offices sold in London this year. The expected reduction of European deals opens a wider door for the U.K. to establish trade partnerships with global players beyond the continent.

The planned 304.9-metre Trellis Tower at 1 Undershaft, which will be almost as tall as the Shard, will put more Class-A property onto the market, meeting increased foreign demand.

Matt Brown/Flickr
The Cheesegrater and the Walkie Talkie

Trophy office properties and landmark deals are not the only asset classes that have seen strong activity in the London market following Brexit. Midmarket deals between £5M and £100M remain popular. In October, a private Middle Eastern investor acquired Aldermary House for £48M, and Hobart Partners and Bridges Fund Management purchased Quick & Tower House at 66-73 Worship St. for £35.5M.

Memery Crystal has seen similar interest for midmarket deals among its clients. Abrahams advised Low Profile Holdings with its £24M acquisition of Boston House in Fitzrovia, London, in March.

In the U.K., alternatives like student housing and data centres are also on the rise. Alternative real estate makes up 29% of the domestic property market, up from 15% in 2012, according to JLL. The prospect of higher yields has pushed investors toward these asset classes, which offer discounts and higher returns compared to more established and saturated markets like office and retail.

Student housing and senior living benefit respectively from a global demand for education and the growing population of baby boomers reaching old age in the coming decades. Savills’ U.K. Student Housing report forecast a £5.3B investment in the U.K. student property market in 2017.

Senior housing represents a smaller slice of the market. There were around 715,000 homes loosely classed as "retirement housing," ranging from age-restricted developments to close care housing, according to a 2016 Knight Frank report. This accounts for 2.6% of total housing stock. Private retirement housing accounts for just 0.6% of all dwellings in the U.K., and the delivery of new units in 2016 was projected to be around 5,500, or approximately 3% of estimated total housing delivery.

Demand for lab and data centre space is also growing, as London continues to emerge as a global hub for tech firms and life science. The biggest risks revolve around the complexity of each asset class and their technical requirements.

Political uncertainty and the unclear plan for the U.K.’s exit from the EU will continue to weigh on the minds of investors. But for the time being, confidence in London and the U.K. as a strong centre for CRE investment remains high.

Memery Crystal
Memery Crystal is an international law firm, based in London. Our partner-led, full-service real estate offering covers acquisitions and disposals, finance and investment, development, planning, construction, litigation and tax. The commercial interests of our clients are always at the forefront of our thinking. We ensure our service is cost-effective and pragmatic, leading you to the best and most time effective solution whether you are a buyer or seller, funder, developer, landlord or tenant. Both Legal 500 and Chambers UK rate us as a leading firm for real estate. For further information, please visit: http://www.memerycrystal.com/what-we-do/real-estate/
Confirmed! You are subscribed to the Bisnow London E-Newsletter.
Most Read Stories
More Top Stories
Bisnow London Newsletter
Bisnow London Newsletter