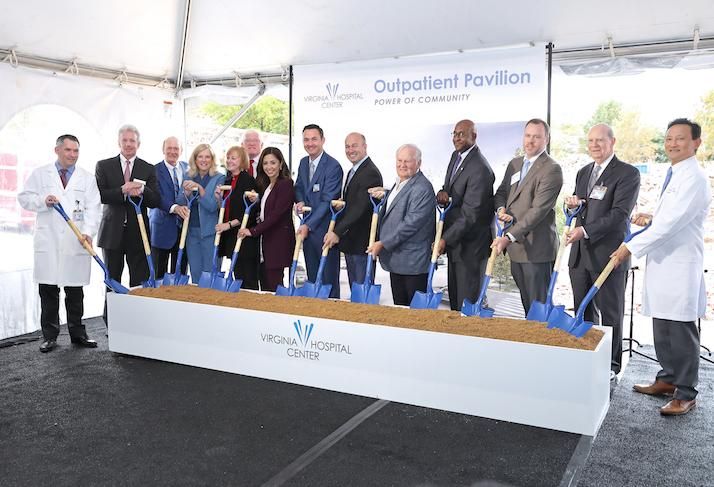 Virginia Hospital Center has begun construction on a major expansion that will expand its outpatient capacity.

The Arlington-based hospital was joined by local officials Tuesday to celebrate the groundbreaking on the $250M project, set to include a new, seven-story outpatient facility and a six-story parking garage.

The expansion comes amid a nationwide shift toward outpatient facilities. VHC says its volume of outpatient procedures has increased by 71% over the last 14 years, its fastest-growing demand segment. 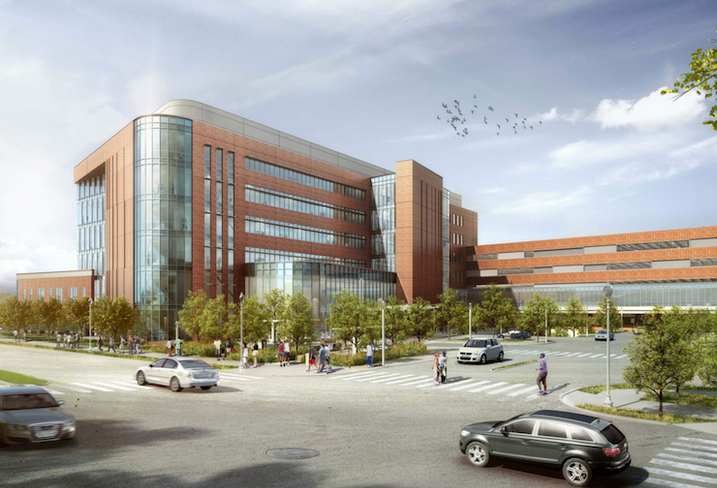 The new facility, called the Outpatient Pavilion, will be built on a 5.5-acre parcel and will include 1.3 acres of green space. It will sit next to VHC's main campus at 1701 North George Mason Drive. Skanska is managing the project's construction.

The hospital submitted a site-plan application in September 2017, and the Arlington County Board voted in November 2018 to approve the plan. The project will add new space for outpatient surgery, an outpatient lab, an outpatient pharmacy, outpatient and women's imaging, physical therapy, endoscopy and medical offices.

Some of the outpatient services will move from VHC's main campus and will open up space for more inpatient beds for cancer, cardiac and stroke patients. VHC says the project will also reduce overall wait time and alleviate parking congestion with the new garage.

"From adding capacity to providing the very latest in advanced medical care, Virginia Hospital Center has continued to transform itself to meet the needs of our patients," VHC Board of Directors Chairman John Garrett said in a release. "Our planned expansion will enhance our ability to provide world-class patient care for our growing community."