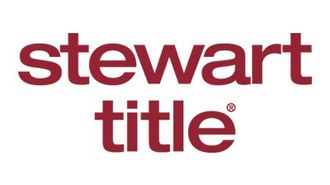 Commercial real estate developers and investors take extreme care when choosing their partners, from brokerage professionals to architects to attorneys and every consultant in between.

When it comes to selecting the last vendor in the closing process, they should not view title insurance and settlement services providers as commodity items, Stewart Title Guaranty Co. vice president and senior business development officer Morgan Gilligan said.

As he explains, there can be a tremendous gap in the philosophy from one firm to the next. According to Gilligan, the company is built around providing exceptional service, and a common thread that runs through its business is translating service into value for its customers.

Sure, everyone will tell you their business is based on excellent service. But, according to Gilligan, most firms do not have the appropriate structure to fulfill this promise.

“Our secret sauce is the ability to handle transactions from start to finish,” Gilligan said. “All of the ancillary work is done within the local office rather than being farmed outside the state. From the customers’ perspective, everything is seamless. Mistakes can be better avoided because the local contact remains involved throughout the process."

Another thing that sets Stewart apart is the higher number of experienced attorneys working within each office.

“That means the actual title examination is being performed by a professional in the local office who understands the marketplace. This is significant," Gilligan said. "The further away, geographically, an attorney is from the project, the greater the likelihood that items get lost in translation."

Operating in this way has not hindered Stewart Title's growth. Quite the opposite. The firm operates 20 national commercial offices around the country, is the third-largest publicly traded title insurance company in the country and the largest globally.

Among its peers in the industry, Stewart carries the lowest debt-to-equity ratio and achieved commercial revenues of $46M in first-quarter 2017, a 7.7% increase from last year.

We are thrilled Stewart Title has joined us as a sponsor of our Bisnow Beltway Bash, to be held at the TAO Nightclub in the Venetian on Monday, May 22, from 5:30-7:30 p.m. in Las Vegas. Register here.

Stewart Title's Blog
Stewart (NYSE: STC) is a global real estate services company offering our customers the comprehensive service, deep expertise and solutions needed for any real estate transaction. We believe in building strong relationships – and these partnerships are the cornerstone of every closing, every transaction and every deal.
Confirmed! You are subscribed to the Bisnow Washington DC E-Newsletter.
Most Read Stories
More Top Stories
Bisnow DC Newsletter
Bisnow DC Newsletter