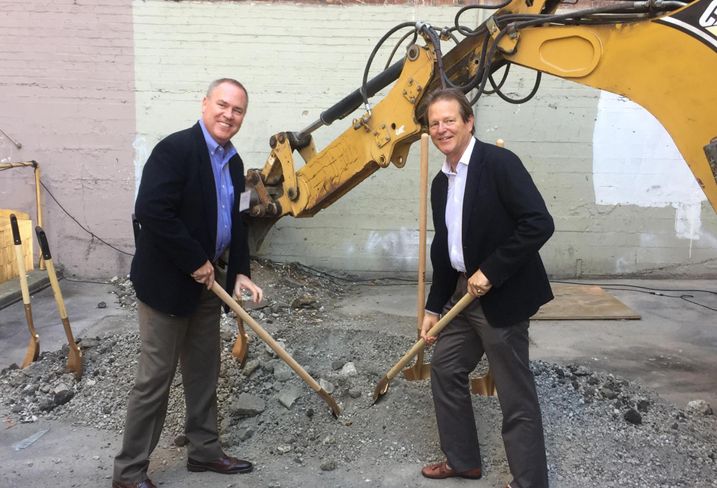 The $100M project will hold 240 housing units of 250 SF to 350 SF between its two ground-up buildings, with Forge expecting an opening in late 2020. Located at 361 Turk St. and 145 Leavenworth St., the two mid-rise buildings are to include homes for residents with a wide range of incomes.

"We were able to do something very unique here in San Francisco," Bridge Investment Group Vice Chairman Dan Stanger said.

"I think it is replicable in major urban centers around the country that have extreme cost and rent dynamics."

Forge and Bridge tout the housing development, dubbed TL 361, as San Francisco's first system of privately means-tested rent controls for workforce housing. The duo will rent 51% of units to residents earning a maximum of 80% of area median income.

"It's sort of a new model, having private resources funding a project with an income cap, but that's a good thing," said Alexandra Goldman, who manages planning and policy for the Tenderloin Neighborhood Development Corp.

Both buildings will have seven stories of residential space over ground-floor retail, and designs call for the buildings to be 40% community space.

Hannum said residents' level of privacy will distinguish the community from co-living. 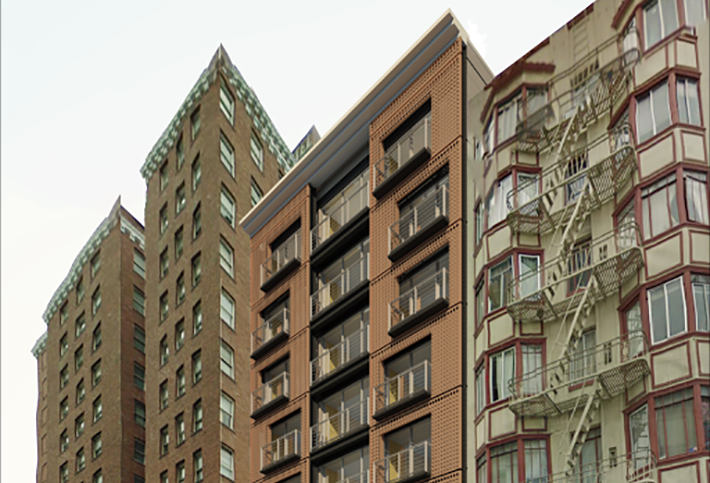 Courtesy of Forge Land Co.
A rendering of TL 361

The group originally planned to break ground on the project in 2017 and for much of the building to be prefabricated in Sacramento.

Now, instead of the more traditional modular construction solution it once considered, Forge will assemble the steel building through a type of "kit of parts solution," Forge Development Partners President and CEO Richard Hannum said.

"We will deliver this property on a Monday morning, and on Friday the whole building will be up," he said. "And our electrical, mechanical and plumbing systems will go in extremely fast."

Centric is the general contractor on the development, while Swinerton will serve as the project's construction manager. Hannum points to Panasonic Corp.'s Smart City Solutions arm as a key energy consultant on the project.

The development's density, financing, partnerships and construction methodology are a strategy Forge and Bridge said they plan on using for 600-800 units across California's major urban centers.

In the short term, the pair is working on approval for a similar project with 138 units at 819 Ellis St. It calls for slightly larger units of 350 SF to 500 SF to target couples or other tenants sharing space.