In an era of big plans for Oakland, TMG Partners has some of the biggest. 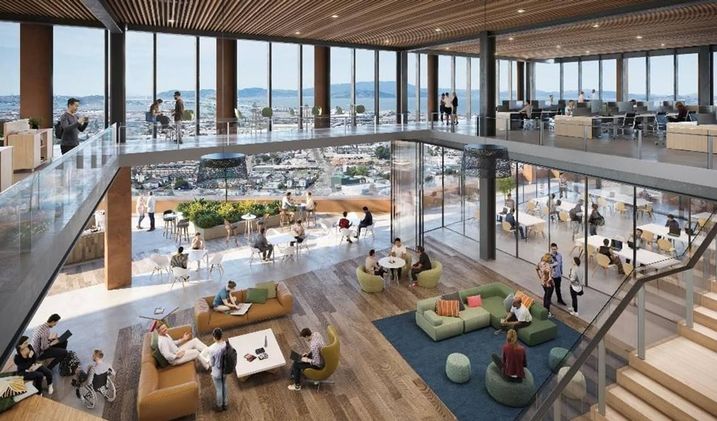 The prolific Bay Area mixed-use developer has begun leasing efforts for Telegraph Tower, a 28-story, 875K SF building set to break ground in Uptown Oakland in the middle of 2020.

Construction at 2200 Telegraph Ave. will coincide with several other notable nearby Uptown projects. At 2100 Telegraph Ave., healthcare giant Kaiser Permanente will build its new $900M headquarters at a site entitled by Lane Partners and previously branded Eastline. Across the street, EJF Capital and Tidewater Capital have plans for a 173-room Moxy Hotel at 2225 Telegraph Ave.

Designed by Solomon Cordwell Buenz, Telegraph Tower will have floor plates of up to 37K SF, 30K SF of outdoor space, and amenities like a 10K SF fitness and wellness center, a community theater and street-level retail, according to TMG Partners.

The developer is seeking a single tenant, the San Francisco Business Times reports. Christopher T. Roeder of JLL and J.D. Lumpkin of Cushman & Wakefield are representing TMG in leasing up the tower.

The project, which received Planning Commission approval in January, will likely benefit from the surge of housing under construction in Oakland. As of last month, the city had 9,304 units under construction and 6,800 expected to have come online by year's end. 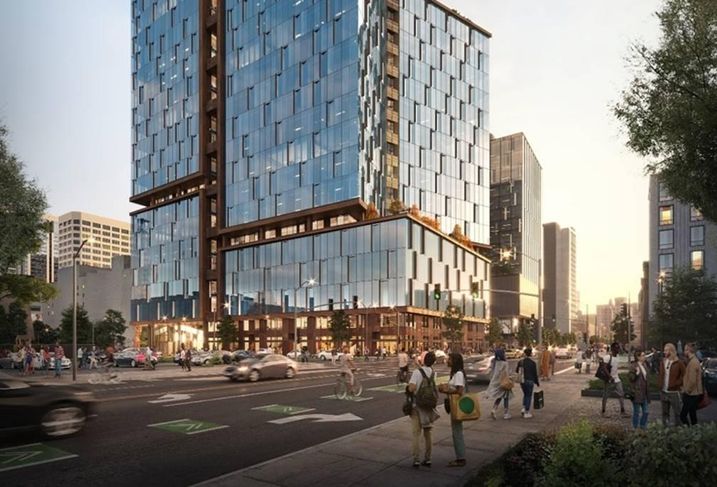 TMG's addition to the city will boast several qualities, like prevalent terraces and balconies, that it thinks will attract tenants.

"Telegraph Tower leads the next generation of office buildings for Oakland with its emphasis on expansive, open floor plates, some of the highest ceilings of any Bay Area office building, and a large proportion of outdoor space,” TMG Partners Chairman and CEO Michael Covarrubias said in a statement.

“We took every lesson we have learned about what companies want today and designed Telegraph Tower as a workplace environment that is entirely focused on delivering the ‘right’ employee experience," Covarrubias said.