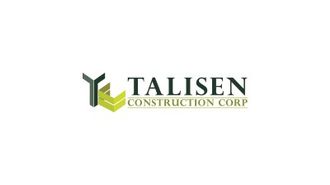 When it comes to life sciences, New York has long lived in the shadow of its neighbors to the north, Boston and Cambridge, which comprise the nation’s largest pharmaceutical cluster.

New York’s secondary position in the market is not so much a function of a lack of scientific talent or interest in the city. It is largely due to a lack of space.

However, New York's city and state governments have recently provided incentives to spur development and construction of more research facilities. In 2016, New York Gov. Andrew Cuomo enacted a $650M initiative to grow the state’s life sciences sector, made up of tax incentives and grants for new and existing companies. Mayor Bill de Blasio introduced his own $500M program, known as LifeSci NYC, in the same year, setting aside funds for further tax incentives, land-use incentives and life sciences internships and educational opportunities.

Preparing the city’s existing built environment for the needs of the biotech industry will take time. But architecture, engineering and construction firms are growing their expertise in building wet lab spaces and partnering with owner-developers to fast-track progress, keeping NYC ahead of the biotech curve.

Talisen Construction, in conjunction with Perkins and Will Architects and BR+A Engineers, has recently completed the build-out of a 15K SF wet lab and office space at the Hudson Research Center, one of the buildings that hopes to power the future of NYC’s life sciences sector.

The user of the newly built space is HiberCell, a company focused on creating treatments to eliminate dormant tumor cells that remain in patients’ bodies after a course of cancer treatment. The building's owners, Taconic Investment Partners and Silverstein Properties, contracted Talisen to build the lab space on spec before HiberCell signed on to lease the space.

He mentioned that truly great life sciences spaces require a coalition between designers and architects, developers, tenants and contractors.

“There are so many specifics we have to be mindful of for testing and delivery with life sciences,” Belfiore said. “The more intimate we are, and the closer we can partner with all the groups involved, the better the end product will be.”

Mitchell Faulkner, Talisen’s project manager on the build-out, described how the Talisen team kicked into overdrive the moment that HiberCell came aboard at the Hudson Research Center.

“The HiberCell team needed a number of modifications to the original design of the space,” Faulkner said. “We had to hit the ground running and devise a way to continue the project and keep it as close to the original timeline as possible.”

As they rerouted gas lines and reworked electrical infrastructure, the Talisen team, led by Field Superintendent Michael Figliolia, worked closely with HiberCell to ensure its researchers were supplied with whatever they needed. And after the HiberCell team moved in, Talisen continued to make final alterations.

“Having a contractor on-site for ‘day two work’ was beneficial for all parties,” Belfiore said. “We were able to work with HiberCell to fine-tune the lab with daily workflow issues that came along as they settled into the space. I believe this is the value Talisen can add for our clients, but that value trickles all the way down to the end user as well.”

“We were there when the drawings arrived at Talisen, and we’re still involved now as we close out the punch list and make the final tenant improvements, ensuring that our client is delighted,” Faulkner said.

Belfiore expects Talisen to become more involved in life sciences construction moving forward, as the industry expands in NYC. The HiberCell space is Talisen’s third project at the Hudson Research Center: The contractor had already completed various infrastructure improvements for the building, as well as a space for the Rogosin Institute, a company dedicated to kidney research.

In late October, Talisen will begin a project for the New York Stem Cell Foundation, another large and influential tenant in the NYC life sciences sector.

This feature was produced in collaboration between Bisnow Branded Content and Talisen Construction. Bisnow news staff was not involved in the production of this content.

Talisen Construction
Our Mission: To provide the New York Metro area with premier construction services. Valuing the contribution of every member of the project team guides us in consistently exceeding our client’s expectations. With safety first and strong customer advocacy our aim is to stand out as a true collaborator; turning visions into reality is what we do.
Confirmed! You are subscribed to the Bisnow New York E-Newsletter.
Most Read Stories
More Top Stories
Bisnow NY Newsletter
Bisnow NY Newsletter