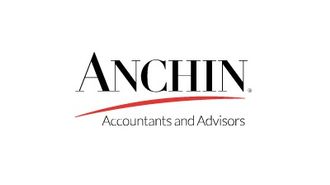 Brick-and-mortar retail continues to decline nationwide. New York, once thought to be a retail stronghold, is now feeling the effects of a market shifting toward e-commerce.

Although the forecasts are that brick-and-mortar retail sales will grow by 2.8% in 2017, e-commerce retail sales are expected to grow at a rate of 8% to 12%. Putting things in perspective, online sales still only make up approximately 8% of total retail spending.

Rents have dropped across 14 of Manhattan’s retail corridors, while pop-up stores have grown in popularity as a way for landlords to fill up vacancies, albeit with short-term leases. The city saw a reduction from 4.6% sales growth in 2015 to 2.3% in 2017.

Compared to other cities in the U.S., New York’s retail market still remains strong, bolstered by major flagships and a consistent tourist population. But as “For Rent” signs start to fill up avenue windows, landlords have grown increasingly pressured to lower rents.

Landlords have increasingly fielded requests from brokers to drop prices to make their properties appeal to prospective tenants. Excluding Fifth Avenue, where there continues to be little availability, submarkets like Columbus Circle, the Flatiron District and Ladies Mile have seen vacancies rise.

The asking rents of NYC landlords have not kept pace with demand, causing many retailers to opt for a smaller ground floor. Tenants have decreased space in what is considered the marketing holy grail for attracting pedestrians and the priciest square footage available, expanding their product on less expensive floors.

The Gap and Old Navy, which have both leased space in the former Toys R Us location in Times Square, have opted for less ground-floor space. One store will extend down below grade level, while the other will go up to the second floor. Retailers like Whole Foods, Staples, Modell’s and Duane Reade have chosen a similar strategy.

Brick-and-mortar has transitioned toward a showroom model, reducing inventory and focusing more on customer service and experience. Using handheld electronic devices, shoppers are able to browse a store’s inventory wherever they are and do not need to be in the store search to the racks. This has led some retailers to downsize stores, maintain less product and ship the merchandise to the customer overnight directly from a warehouse.

E-commerce stores, regarded as the cause of physical storefront decline, have begun to take advantage of brick-and-mortar as a platform to experiment with a physical inventory. Amazon will launch its first bookstore this May in the Time Warner Center at Columbus Circle, in the space formerly occupied by Borders. The store offers a physical version of the kind of data-driven purchasing information for which the online seller has become known.

Landlords have also relied on pop-up stores and short-term leases to fill vacancies. The average length of a retail lease has shrunk to five years, down from 20 years in 1991. Pop-ups have the potential to turn into longer-term leases depending on their popularity. The pop-up industry was valued at $50B in 2016, while CBRE projects that “rogue retailing” will become a prevalent business model in the retail sector.

Contrary to store closings and major shifts in the market, the consumer index remains positive. After reaching 125.6 in March, its highest level since December 2000, the rating has fallen slightly to 117.9. New York unemployment has also decreased, slipping to 4.3% this year. As most consumers remain hopeful about the economy, spending does not seem to be approaching a slowdown.

It is where those dollars are going that has New York retailers on the edge of their seats.

As the the largest single-office public accounting firm in North America, Anchin Block & Anchin has a finger on the pulse of the latest trends in CRE. To learn more about this Bisnow content partner, click here.