Behind The Deal: How One Co-Working Company Expanded To The West Coast

Co-working company Industrious recently signed its first LA lease at 600 Wilshire Blvd, making the first foray on the West Coast for the New York-based company. Bisnow caught up with those close to the deal to find out more about it. 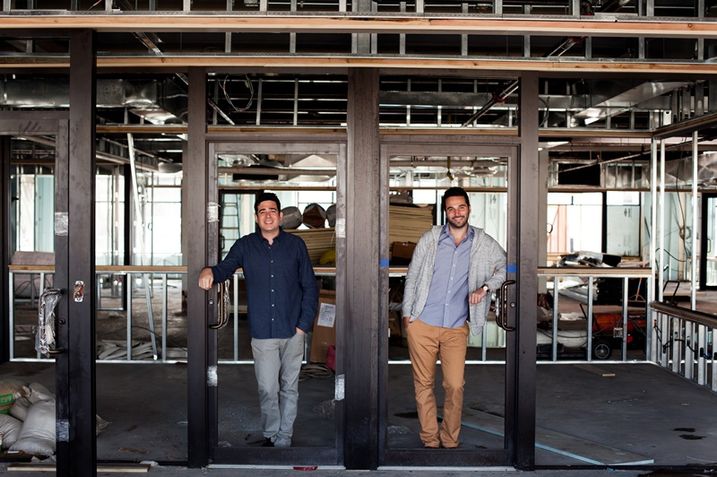 Industrious CEO Jamie Hodari (pictured above with co-founder and co-CEO Justin Stuart) says they chose LA because they believe “in a lot of ways, it’s probably the strongest market in the country in terms of where we see demand growing for co-working.”

Jamie says they are “very bullish” on downtown LA in particular. Industrious prides itself on offering “the premium end of the co-working market,” he says.

Onni Group owns the building, which it purchased in late 2004, according to CBRE Global Real Estate Services associate Michael Nieman.

Michael tells Bisnow Industrious' decision to establish its first West Coast location at 600 Wilshire had a lot to do with the amenities in the area, including Karl Strauss Brewery downstairs, Bottega Louie next door, a new Whole Foods a block away, and LA Live and Staples Center within walking distance.

The building also is not far from The Bloc and Fig at 7th mall. Michael says Onni understands how spaces are "evolving to foster more creative, collaborative workplaces.”

Industrious is a tenant that will create buzz and help attract more creative companies as well as incubate future tenants, according to Michael.

Industrious signed a 10-year lease for $8M and will take up 18,853 SF, the entire fifth floor, according to Michael.

Industrious plans to launch at least three other locations in LA over the next 18 months, including Santa Monica, Hollywood, Century City and potentially Culver City, Jamie says.

The goal is to have a “network of spaces” around LA where companies can, for example, have an office in Santa Monica but have a space to take meetings downtown and vice versa, Jamie says.

The 600 Wilshire Blvd offices will mark the company's 12th location. Jamie says Industrious was attracted to the building because of its beautiful lobby, great gym and showers. He says these are “things our users tend to really appreciate.”

Industrious plans to expand to other cities over the next year, including Nashville, Austin, Boston, Manhattan, Washington, DC, Seattle and Denver.

Jamie says the LA location will open this summer.