Can Bird-Safe Glass Ever Become An Industry Standard?

Cities all over the world are moving quickly to adopt legislation requiring commercial buildings covered in glass to be safe for birds — perhaps too quickly for the commercial real estate industry. 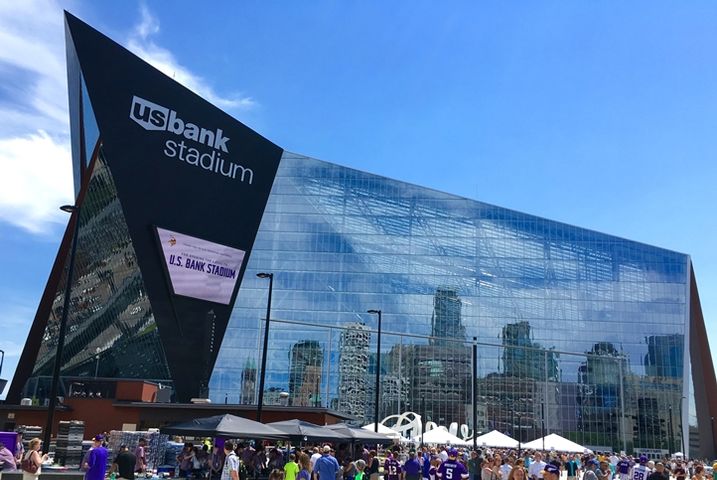 The New York City chapter of Audubon, which tracks collision-related bird deaths, estimates that between 90,000 and 230,000 birds die per year from flying into buildings in the city. Nationally, the casualties might number more than 1 billion.

In the daytime, glass that is too transparent or reflective appears invisible to birds, while a building giving off substantial light at night confuses and sometimes draws them toward those structures. Birds that don't migrate away from urban habitats, like pigeons, do not tend to have difficulty with glass buildings, but glass-clad buildings are considered serious threats to migratory birds, and some governing bodies are starting to do something about it.

Some Bay Area cities already have laws aimed at preventing bird collisions with buildings. The New York City Council is considering a bill that would require all new construction and external renovations to include bird-safe glass up to 75 feet off the ground, and 12 feet above any green roof. Lobbyist group the Real Estate Board of New York testified in opposition to the bill in its current form, on the grounds that the technology is too new and difficult to obtain to make the practice mandatory.

At the state level, both representative bodies have passed a bill that would create a panel to review the issue of bird collisions and possible solutions, with the goal of recommending legislation to implement statewide policy regarding bird-safe glass. The bill has been sitting on Gov. Andrew Cuomo’s desk since the early summer, but Audubon expects it to pass.

REBNY pleaded with council to wait until the state panel has formed and made recommendations before passing any mandatory policy of its own, but cities in Europe, Canada and the U.S. have already passed such legislation and reportedly seen positive results.

Similar legislation has also been proposed in both houses of Congress, multiple state legislatures and the city council of Chicago, the deadliest city in the country for migratory birds, according to a Cornell study. 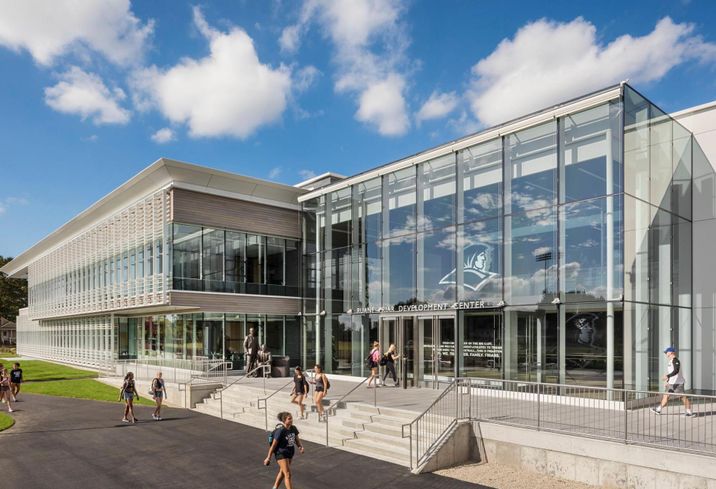 The issue of migratory birds colliding into transparent or reflective glass has been known to environmentalists for years — long enough for the U.S. Green Building Council to incorporate bird safety into its environmental checklist for LEED ratings. The American Bird Conservancy has established a testing protocol in lab conditions to certify glass and window products as bird-safe, and at least 10 products have passed.

The commercial real estate industry, known for being behind in new technology adoption, has been slower to respond. Multiple sources contacted by Bisnow declined to comment on bird-safe glass, citing a lack of familiarity with the topic.

“Our projects have been based in Atlanta, and we don’t get a lot of migratory birds, so it’s not something that we’ve seen,” JPX Works founder Jarel Portman said.

Atlanta is the fourth-deadliest city in the U.S. for birds during fall migration and the ninth-deadliest during spring, based on migratory patterns and light pollution, the Cornell study found. Atlanta Audubon launched the Safe Flight Initiative in 2016 to enlist civilians in tracking collision-related bird deaths, much like how its New York counterpart comes up with its estimates.

Cushman & Wakefield Managing Director Michael Attiani, who works in property management at the company’s Philadelphia office, had not heard of bird-safe glass when asked by Bisnow. Only one urban building he manages has experienced a significant number of bird collisions.

There is no bird-related building legislation proposed in Philadelphia or Atlanta.

In written testimony to council, REBNY argued that requiring bird-safe glass would present an undue burden on developers, being too expensive and too difficult to obtain. The trade organization claimed that only four companies manufacture bird-safe glass; the American Bird Conservancy lists five certified manufacturers on its website.

“This is a relatively new innovation that is not widely available for purchase and use,” REBNY’s testimony reads. “As a niche issue, not very many materials have official test scores, which will create a lot of uncertainty about how to achieve the mandated ratings.”

View Inc., which manufactures smart windows that can automatically tint to react to daylight or be controlled manually through a smartphone app, sells a window product with etched patterns to break up the transparency of a glass window or curtain wall.

A representative from View told Bisnow its windows have been tested to meet ABC standards, though it does not appear on ABC’s website. View’s bird-safe windows cost about 10% more than those without etching. Other solutions, like netting and vinyl coverings, are considerably cheaper, while other glass treatments like ultraviolet coating can be more expensive.

Aesthetics are a much smaller concern for developers than cost when it comes to approving materials and designs for glass-clad buildings, Perkins Eastman co-CEO Nicholas Leahy told Bisnow. 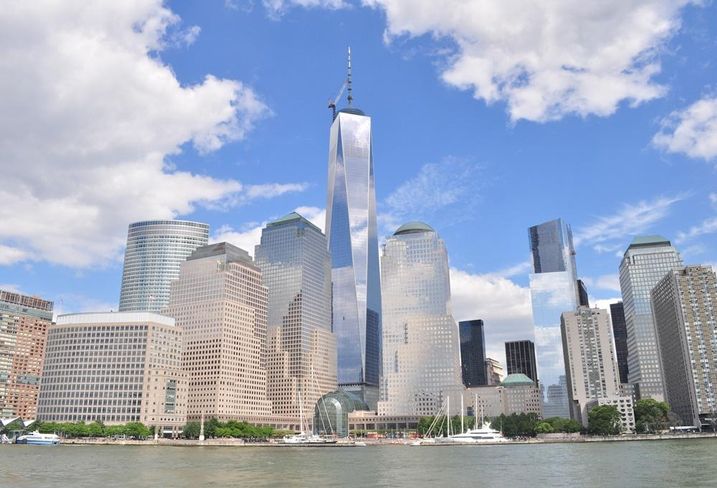 Leahy has only experienced bird collision issues with one of his buildings, a basketball practice and student career services facility for Providence University called the Friar Development Center. After the glass exterior was installed, birds began colliding with it and dying at a rate of one per day, Leahy said.

“It’s a distressing thing to go on-site and realize, ‘Oh my god, the birds are running into my building, maybe it’s not such a great building,’” he said.

Leahy began researching bird-safe glass, but said the problem solved itself when an interior light structure was installed that broke up the visual for the birds.

“We were lucky, and it’s now something we're aware of,” Leahy said.

There are other low-tech options to try to limit bird deaths.

Attiani said an owl statue with a movable, more lifelike head had some success keeping birds away at one suburban building he has managed. For the downtown Philadelphia building, the system for dealing with bird collisions “is pretty much a broom,” Attiani said.

As an academic institution, Providence was prepared to be sensitive to the bird impact, but private owners are often less so.

When the Minnesota Vikings released designs in 2012 for what would become U.S. Bank Stadium, Audubon Minnesota and other conservation groups quickly began raising questions about its 200K SF of glass walls and their impact on migratory birds. But through its construction, stadium owner Minnesota Sports Facilities Authority did not address bird safety concerns.

One month before the stadium opened, the MSFA commissioned a $300K study to be co-authored by Audubon Minnesota to investigate its impact on birds. Amateur observers have reported high numbers of dead birds in the years since it opened; the findings are expected by the end of the year.

If cost is a concern, then considering bird safety early in the planning process is the best way to keep prices down. Audubon estimates that bird-safe glass would have cost MSFA $1M more if it had been used during construction; implementing it after the fact would cost $10M.

Architects like Perkins Eastman and managers like Cushman & Wakefield can only make recommendations; the ultimate decision on whether to implement bird safety measures falls to the building owner. U.S. Bank Stadium designer HKS Architects declined to comment on the facility's impact on birds until the study is released.

Cities like New York, Chicago and others are trying to take the decision out of developers' hands, and laws already on the books in cities like San Francisco, San Jose and Oakland have proven anecdotally effective. View sells more bird-safe glass in markets with mandatory bird safety codes than in cities without, a company spokesperson said.

“It’s a shame, because we obviously try to be as humane as possible,” C&W's Attiani said. “We go, ‘aww’ whenever we see an injured bird, too; it’s something we would like to avoid.”